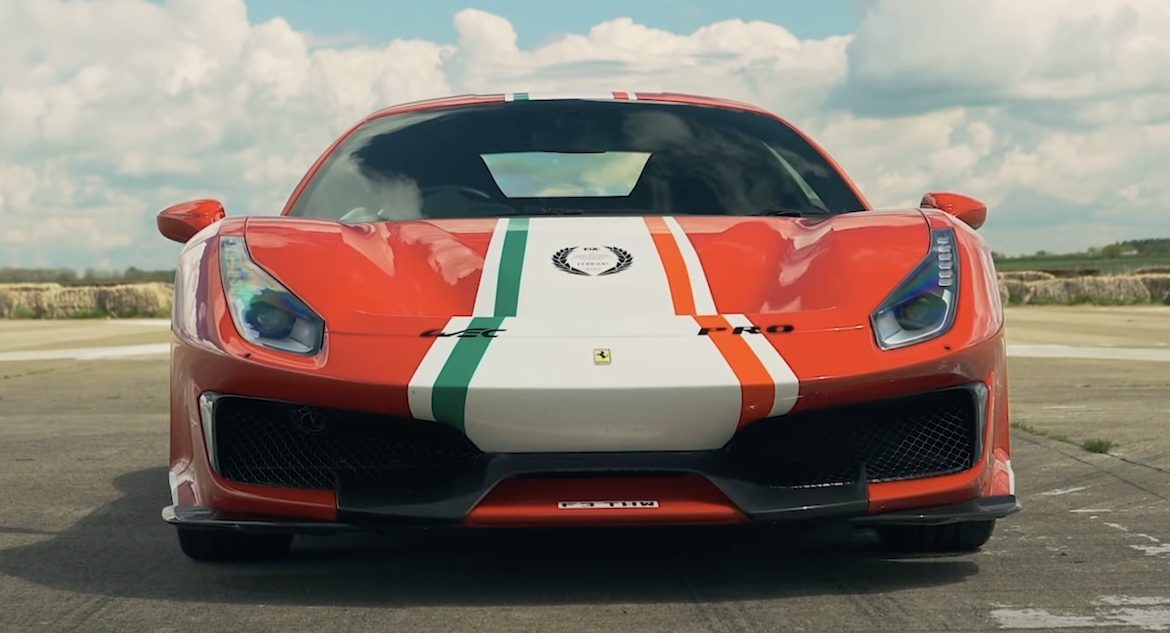 In reality, equal engine power does not always provide the same results. We are already used to it by watching many races of this type every day.

We have another one for you, this time between Great Britain and Italy. It entered one of the fastest supercars with 8-cylinder engines at the start.

> Porsche 911 Turbo S 992 vs. McLaren 720S: The German missile does not give up the lighter and more powerful McLaren

The inhabitants of the island are represented by a McLaren 720S with a 3.8-liter V8 engine that develops 720 horsepower. Despite the rear-wheel drive, the manufacturer accelerates to 100 km / h in 2.9 seconds. The maximum speed is 341 km / h.

The Continental Boot is the Ferrari 488 Pista in the Piloti Limited Edition. It was a version intended only for professional racing drivers who have used Ferrari cars in their careers.

Apart from some stylistic tastes regarding the engine, no changes were made. So behind us we still have a 3.9-liter V8 with 720 hp, which allows it to accelerate to 100 km / h in 2.85 seconds.

The two car units also generate the same 770 Nm of torque, and they are turbocharged.

So it’s time to check which manufacturer has best done its duties in the start-up and power transmission procedures.