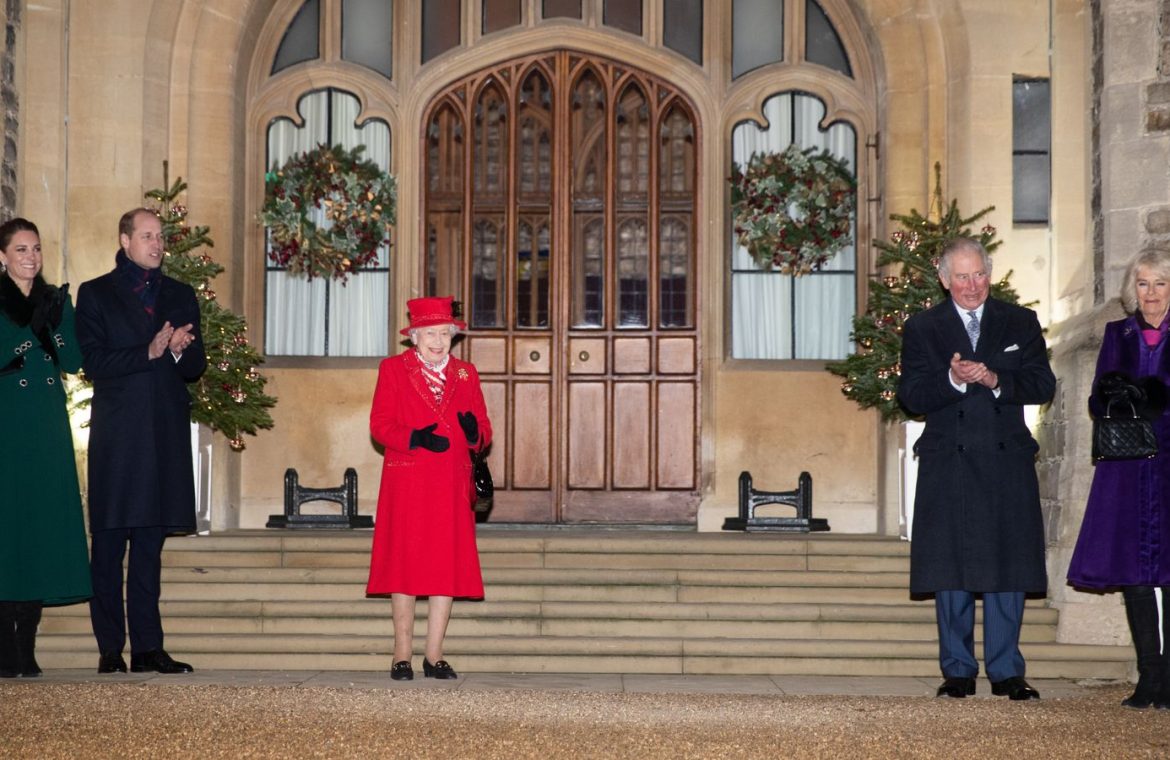 The Queen was seen with several members of the royal family for the first time since the start of the coronavirus pandemic.

Joining Her Majesty, 94, the Prince of Wales and Duchess of Cornwall, Prince William and Kate, the Earl and Countess of Wessex, and Princess Royal, all of whom stood at a social distance from the steps of Windsor Castle.

When the show ended, the Queen, who was wearing a red hat and coat, and a machine-gun brooch of rubies and diamonds, spoke with her family.

Commissioner Anthony and Gillian Cottrell, from the Salvation Army, also spoke to the king, who told them, “No one is allowed to sing.”

Choirs can sing outdoors and Princess Anne said to her mother, “Oh, we can sing outside.”

When the Queen turned to climb the stairs inside her palace, Prince William said, “Bye, Gran.”

The royals then spoke with local volunteers and charity workers at a marquee where alcohol-free wines and ground meat pies were served to the guests.

Mr Cotterill said: “The Queen was saying that she was so happy that we were able to play some hymns because she thinks this will be the only time she will be able to hear the chants, and she was disappointed that we didn’t sing.

“Sometimes we play musicians and other times we form a choir, for an event like this, you’d better have the band as you can hear it for miles.”

“I saw the Queen speak a few words – so that was nice,” Ms. Cottrell added.

Prince William and Kate went to the castle after completing an earlier Royal train tour From the country where they thanked healthcare workers for their work during the pandemic.

Don't Miss it Whoops and coughs, then hot tears of joy … Henry Dides watches the Minister of Health cry live
Up Next 88 orders for Boeing 737 Max were canceled in November