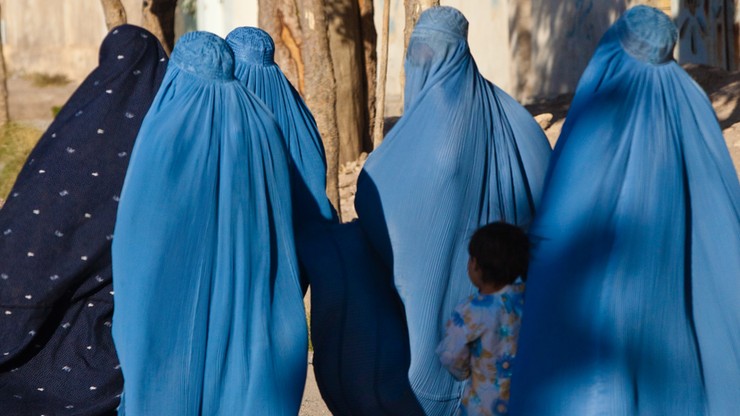 As explained by Sadiq Akef Mohajer, women whose heads are not covered by the traditional veil are not allowed to use transportation. In the latter, regardless of whether it is public or private, there is a ban on playing music from Sunday.

The Agence France-Presse that the ministry, which promotes virtue and the fight against vice has not yet defined what can be considered a veil. In many provinces, women simply wear the veil, but some conservatives understand that they must also cover their faces and wear the Islamic burqa.

The new recommendations on the status of women in Afghanistan were announced just weeks after the rule was implemented that bars television channels from showing any feature films, including comedies featuring actresses. Television presenters were also ordered to wear headscarves.

“Women’s Exclusion from the Public Sphere”

After years of a relatively liberal approach to Afghan women in exercising their rights, which are only enjoyed by men again after the Taliban took power in August 2021, Afghanistan is completing the gradual exclusion of women from the public sphere, according to AFP.

The Taliban have already banned women from participating in sports and from entering stadiums. They also prevented girls from going to school. However, it is not something that is enforced with the same severity across the country.

See: Afghanistan. The Taliban banned the portrayal of women in TV series

In the Decree Respecting Women’s Rights issued a month ago, which was intended to win the West’s support from the Taliban, there is not a single word about a woman’s right to education, according to AFP. The agency also added in a commentary that it does not mention their employment in the public service, although the situation is developmental, because Afghanistan is in dire need of international aid, and most donors make this conditional on respecting women’s rights.

Currently, women who previously worked by the Taliban administration have been ordered not to return to work until the government puts in place a “new plan”. The Ministry of Women’s Affairs was abolished and replaced with the Ministry for the Promotion of Virtue and the Prevention of Vice, which had been in place during Taliban rule in the 1990s.

Taliban leaders have stressed on several occasions that courts in Afghanistan have been ordered to treat women fairly, especially widows seeking inheritance. The Taliban also say they have asked government ministers to spread awareness of women’s rights in society. In contrast, behind the restrictions on work and education, according to the Taliban, is the protection of women.

Don't Miss it The largest group of single planets in history has been discovered. It’s big and doesn’t revolve around any star
Up Next NASA is tracking explorers in Antarctica. The agency wants to prepare people for Mars