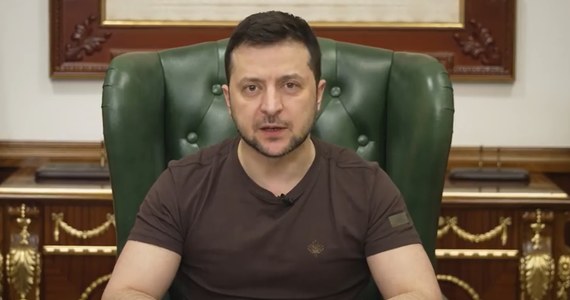 “No one in Ukraine is developing any chemical weapons or other weapons of mass destruction,” Ukrainian President Volodymyr Zelensky said Thursday in a video posted to Facebook.

No chemical or other weapons of mass destruction have been developed on our land – and the whole world knows this. If Russia uses such weapons against us, it will face the most severe sanctions Zelensky noted.

A senior Pentagon representative warned Thursday that Russia may use chemical or biological weapons in Ukraine. He added that the allegations by the Russian authorities regarding the alleged existence of research centers for such weapons in Ukraine pave the way for an attack using them by Moscow.

I am very concerned about this because we are told over and over again: If you want to know about the plans of Russia, look at what they accuse you of. Russian propaganda shows that they can and want to Zelensky said.

The Ukrainian president also commented in his speech on the European aspirations of his people. Our people, country and army did everything in their power to be invited to Europe – Valuable.

Among the European leaders, there are those who support us as well as those who focus only on themselves. However, we can see how European countries treat us – if they had decided on Ukraine’s membership in the EU, they would certainly have chosen the Ukrainian nation. This is the ultimate test for Europe – said Zelensky.

See also  Lebanon is without electricity. There is a shortage of fuel across the country
Don't Miss it Boris Johnson. British Prime Minister arrives in Poland on Thursday
Up Next Guardians of the Galaxy on a Microsoft subscription