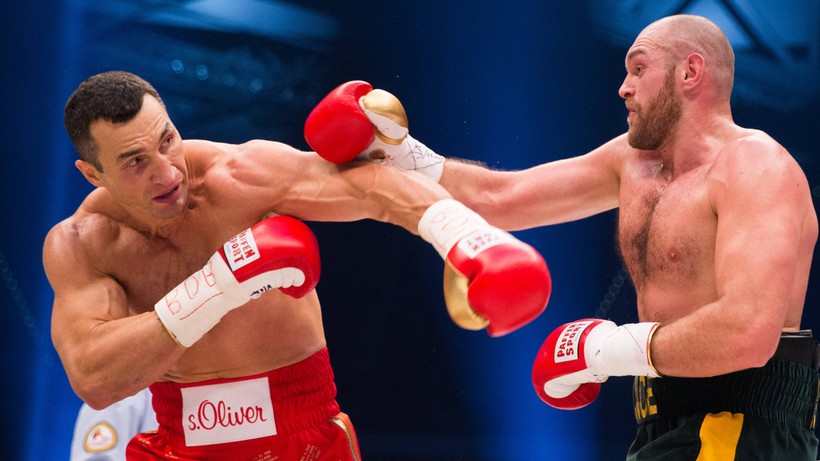 “You useless bastard.” A sharp exchange of views between Tyson Fury and Vladimir Klitschko

A few days ago, Tyson Fury (31-0-1, 22 KO) famous for his controversial statements accused Oleksandr Usyk (19-0, 13 KO) of using steroids. Wladimir Klitschko (64-5, 53 KO) responded to the Englishman’s words. There was a sharp exchange of views between the English and the Ukrainian.

– I can’t believe AJ allowed Ukraine to take the belts back. After all the hard work I put in, Joshua allowed a small, medium-sized, well-trained guy to hit him. To get the belts back for Britain, this steroid would need to take on a real Lancaster bomber – Fury said in one of his videos.

See also: We know the battle of the evening PBP 5!

Wladimir Klitschko decided to refer to the phrase “king of the gypsies.” The former world heavyweight champion criticized the current champion and stated that he had taken steroids before their fight.

“Not long before our match, the test result came back positive. Anyone can search Google. Keep the line!” Dr. Stillhamer wrote.

Fury decided not to leave it without a retort. The 33-year-old posted a video showing off his championship belts and addressing the younger of the Klitschko brothers.

“Vladimir! You can’t beat me for 12 rounds. Time is calling you grandfather. Together with Usyk, you would never have hit me. You took all your belts. Once upon a time they were your belts, now they’re mine You useless bastard!” – wrote the current WBC World Champion.

Let us remind you that the Fury-Kliczko fight took place in November 2015. The Englishman won by a unanimous decision of the judges. For Klishka, this was the first defeat after 11 years of continuous victories.

In his most recent appearance, “Gypsy King” ousted Deontay Wilder. More and more are being said about his confrontation with Usyk, who holds the WBA, WBO, IBF and IBO championship belts.