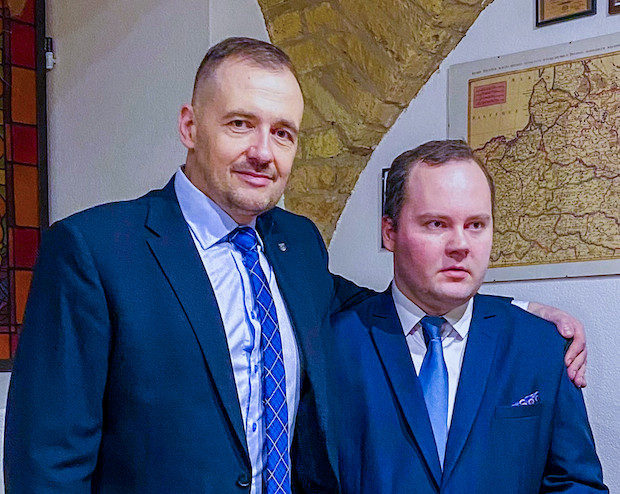 You can do a lot, you just really want to. Maciej Okszktulski is the best example of this. He was the first to defend his doctoral thesis in Poland with a speechless autistic person. How did he do it?

He achieved his dream, no matter the difficulties. Maciej Oksztulski defended his doctoral thesis. However, his academic career path was not the same as in other cases. The boy with autism is unable to speak, so his education was slightly different from that of healthy people.

– I admit that at first I was skeptical and had doubts about whether we would be able to efficiently and effectively organize the PhD procedures for Mr. Maciej Oksztulski. But I decided we must try. Disability should not limit a person’s development opportunities. At the same time, we did everything together in law school to check whether Mr. Oksztulski deserved a PhD in Law. The defense of the doctoral thesis asserted that it was worth it. This is a success not only for Mr. Oksztulski, but many other people associated with him, also from the Faculty of Law, where he works as a researcher. Special words of appreciation because of the professor. Maciej Perkowski, who believed in the possibilities of Mr. Maciej Oksztulski from the start – says the professor. Marius Poblawski, Dean of the Faculty of Law at Bialystok University.

a. Berkowski. He was the promoter of his doctoral thesis “International law standards of the right to education and their practical implementation by national scientific institutions in relation to students with the autism spectrum. A comparative analysis with a special focus on Poland and the United States”.

Defense was still before Christmas

Just before Christmas, December 21. There was a general defense. It had a distant form, according to the current decree of the Rector of Białystok University. However, dozens of people listened to her. How a silent autistic defended himself? He would type sentences on the keyboard and then the speech synthesizer would read their content. In this way he also answered the questions posed during his doctoral thesis. But he was calm and calm the whole time. He was accompanied by his mother Danuta, who was his son’s assistant, and accompanied him from an early age in acquiring knowledge and realizing his dreams.

– Yes, this event is a dream come true! I am proud to be rather appreciated as a person on the autism spectrum, whose goal is to provide legal support to people on the autism spectrum. Will the autism support system allow me to achieve my goals – and we’ll see – Maciej comments. – As far as I know, the family that participated in the online event as guests, tested my defense much more. Like my mother, I was composed and task-focused. I would like to stress that the entire pre-defense exam preparation and examination cycle is an achievement on a global scale. Great determination and hope for a better tomorrow helps me overcome life’s difficulties – describes a PhD student.

Musharraf Masij acknowledges that he and his students dealt with the defense with great patience. He was also concerned about the boy’s mother:

– We came to Maciej Oksztulski’s defense with patience and work. Gradually we got to know ourselves, and we made sure step by step that he was right. Thanks in large part to the many people who have supported our project in various aspects. Macyek was calmer than the rest of the defense. For some it was a new experience and they could perceive its “authenticity” in different ways. I was also worried about the feelings of Danuta Oksztulska – the mother of Maciek, who is his main assistant. Fortunately, everything was going smoothly. Macyek can and should be proud, and of course I am! – says the professor. Berkowski.

The doctoral student’s mother admits she is happy with her son’s success:

– Yes, I thought it would be fine and now I’m very happy. For me, it is a miracle from God – adds Danuta Oksztulska, who accompanied her son during his studies as an assistant.

It’s a huge success for the whole university

The whole event was very important for the entire university, not just the law school. It was necessary to create special procedures that would modify the official requirements for Maciek’s communication capabilities.

– My solution in this regard was based on the assumption that the most important thing is to thoroughly check the knowledge, skills and competencies of the doctoral student during the various stages of conducting a doctorate and to determine whether they are sufficient to award him a doctorate. Doctorate degree in law. I can say with great joy and satisfaction that we have been completely successful. I can say without a doubt that Mr. Oksztulski fulfills the above requirements. I personally chaired three committees that took doctoral examinations for Mr. Oksztulski, and then also chaired the doctoral committee, before which he defended his doctoral thesis. During these exams, he has demonstrated significant knowledge of International Law, Sociology and English at the level required of persons applying for a Ph.D. During these exams, the doctoral student has also demonstrated the ability to form synthetic answers by answering questions posed in the proverbial “point”, explains the law school’s dean.

Maciej is currently 30 years old. When he was 4 years old, he was diagnosed with autism. However, his relatives noticed his intellectual potential and decided to develop it. Despite the many problems that arose on the road, together they were able to achieve success at the national, and possibly global level.

The boy began his studies at Białystok University 11 years ago. He dreamed of the law, so this trend was not accidental. He is passionate about human rights, especially for people with disabilities. He has a photographic memory and knows 6 foreign languages.

I would like to work on helping people with disabilities, especially on the autism spectrum. It’s hard to say if I can do that. Will I be able to support myself by working in this way? Currently, as a law school researcher and data analyst in the EUROPE DIRECT Podlaskie project, I have partially achieved my scientific goals. I would like to confirm that I am currently a volunteer at the Oswoić Świat Foundation, dealing with adults on the autism spectrum, a member of the Youth Council of the Podlasie Regional Council for People with Disabilities, a self-advocate and a Synapsys Foundation consultant – answers a PhD student.

Don't Miss it slag. Bittersweet week from Grobauer. The club lost but got the money back
Up Next Ed Sheeran wants to buy land and plant a forest on it