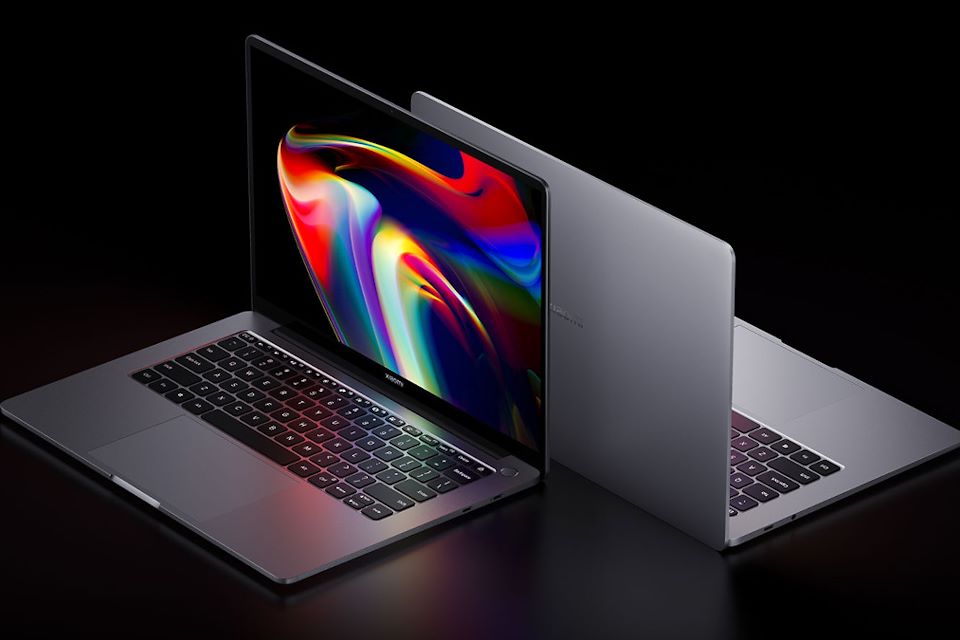 Even the processor’s marketing graphics seem to be, to put it mildly, heavily inspired by US competitors’ hardware. But from the start.

The Xiaomi Mi Laptop Pro series includes two models: the 14-inch and the 15-inch larger. Both of them, however, are remarkably similar structurally. They have a screen with an aspect ratio of 16 to 10, as well as an aluminum housing. It is also based on the same components, namely, the 11th generation Tiger Lake H35 Core i7 or Core i5 processors, in addition to 16GB of RAM and a 512GB SSD.

What distinguishes the devices, apart from the apparent difference in the shape of the dimensions, is primarily the type of screen and the battery capacity. Xiaomi Mi Laptop Pro 14 has a matrix type LCD display with a resolution of 2.5K and a refresh of 120 Hz, while the Pro 15 – an OLED 3.5K at a 60 Hz. Moving to the battery, it has 56 and 66 watts respectively, although in both cases it supports 100W fast charging via the USB-C socket.

When it comes to connectors, the Pro 14 supports the Thunderbolt 4 standard. The larger Pro 15 adds two USB-C ports to it. The keyboard is backlit on both models. Anyway, just like the fingerprint reader and the webcam for video calls.

According to the product’s narration, the 14-inch model is a regular business laptop, while the 15-inch version is for graphics. Because of this, it has an array that is supposed to cover 100 percent. DCI-P3 color space and DisplayHDR certified with 600 cd / m2 advertised brightness. Moreover, if you believe Xiaomi’s assertions, the Delta E error is less than 1.0. In short, the color reproduction is at the highest possible level.

Suggested retail prices for new computers are $ 800. (Approx 3.2 thousand PLN) for the Pro 14, $ 990. (About 3.9 thousand PLN) for the Pro 15. However, it must be remembered that these calculations are based on a direct transfer from the yuan and effectively, taking into account customs duties and other taxes, in Europe or North America the equipment will be more expensive.

By the way – Xiaomi could not avoid a small controversy. We’ve known for a long time that various manufacturers are inspired by Apple’s equipment design, and Mi Laptops Pro is like a MacBook Pro. However, even the wizard’s promotional graphics remind him of this.

Anyway, take a look for yourself. Reddit, as can be seen from the attached image, has already managed to interact with the meme. Well, imitation is said to be the highest form of recognition. Kudos to Apple?