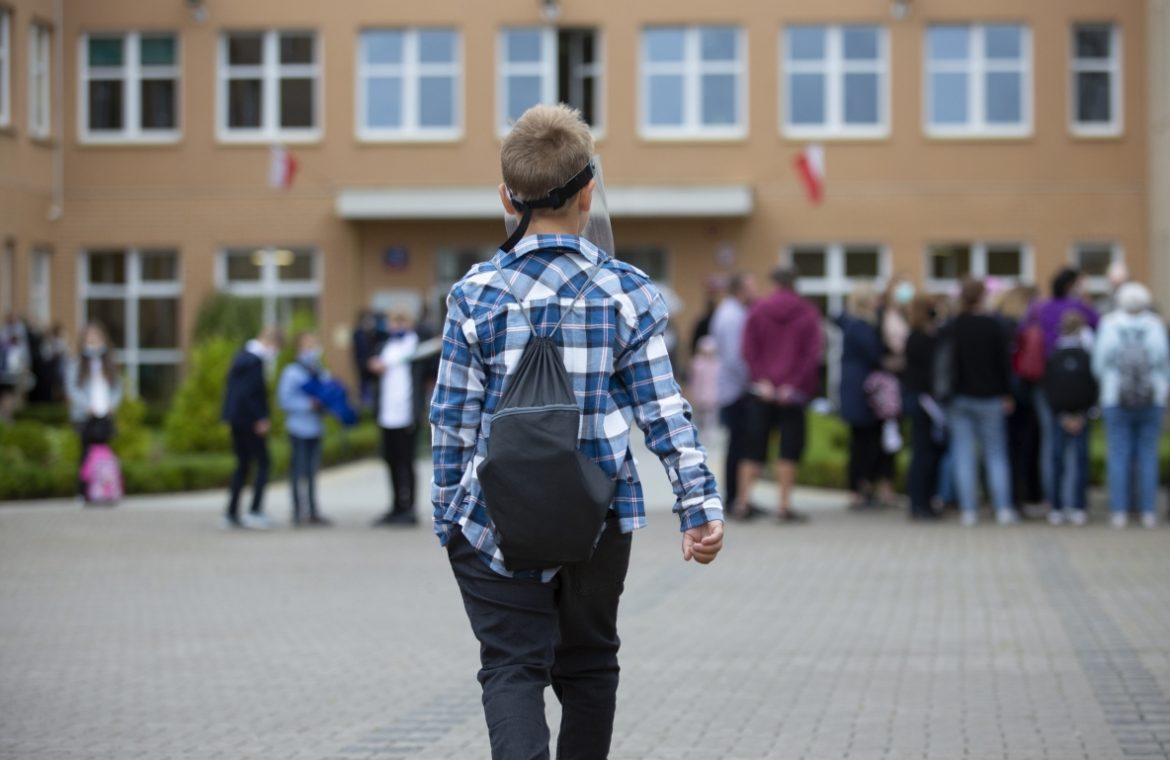 About 95 percent of teaching and learning will remain low, but 5 percent. At the global level, it is enough for Poland to have a good future.

Apparently, teachers, students, parents, local government officials and the so-called educational activists. Indignant at the Minister of Education and Science Przemyslav Kazarnik. They also show their discontent on the street. They are angry at how science and higher education work. And the fact that prof. Kazarnik puts the stick in the wheels of progress. And progress in education and science liberates the new proletariat, i.e. gays and the rest of the alphabet. As Roger Scruton pointed out long ago, shooting never ends, only the entity that needs to make changes. But after creating the LGBT acronym and adding the rest of the alphabet to it, even the subject doesn’t need to be changed.

Issues of how to carry out liberation or liberation campaigns only in schools and universities can be silently ignored, because I consider these things to be nonsense when it comes to what is more important in school and higher education. And not only for garbage, but also for the greatest waste of energy and time. Nor do I intend to deal with the foundations of upbringing, despite its importance, of course. Besides, I believe that a very high objective value of education at every level is the best way to educate and internalize the most important values. Because truly wise and educated people have the best tools to make the right moral choices, develop an effective axiological system and defend themselves against powerful aesthetic nonsense.

Once we know what’s not worth wasting time on, you can focus on what requires attention. Above all, quality is required. This is clearly not served by any egalitarian educational legislation (including constitutional provisions), which does not mean that equality of opportunity cannot be guaranteed. There is no educational equality in many democratic countries, although equal opportunities do exist. It consists in the fact that the most talented people from circles at different levels who are disadvantaged or discriminated against are not lost by the scholarship and sponsorship system (established by any private and state entities), which equates to opportunities. Such a system was already in operation in the Second Republic of Poland, although, of course, it was not ideal and did not catch some diamonds.

The quality of education, higher education and science in Poland is largely and fundamentally lacking. Primarily for false equality reasons. That’s why you have to cut it. At the academic level, it is impossible to overcome misery, or even poverty, without establishing several universities, at least two, organized like the best universities, especially in the USA and Great Britain. In general, universities operating in Poland are mediocre factories. We have many formally literate people whose knowledge is worth nothing or almost nothing. Of course, we also have such scientists (mostly).

If initially at least two new universities are organized, they will have to hire staff with real and internationally verifiable achievements. Initially, one can try to attract the best academic scholars and teachers of Polish origin or those who left Poland after their studies or doctorate. Of course, they should get paid as much as they earn abroad. And one will have to cover all the (very difficult) positions, with professors in the lead. One can only perform different jobs for two years and extend it (also through competitions) for no more than two years at the same university. No more security for life.

During their tenure, those who have won competitions will be evaluated as comprehensively and objectively as possible, and the research conducted and verified will be evaluated in a very difficult way. And after accumulating the initial scientific capital, which should take several years, the professors will also be responsible for whether they have raised successors (according to the old rule, master and apprentice). And how their research translated into innovation and then productivity. Such universities, of course, will be devoid of those disciplines that are not a science, but an ideology or a way to have a good time.

See also  Safe, friendly and give you a break. A special zone for children from Ukraine has been created at the University of Gdansk

It will be costly to maintain new universities, of course, but it is better to incur heavy costs to beat the general average than to spend large sums without visible results. Only universities, beyond the current poverty in all respects, will force at least some of the remaining universities to compete and change. If the result will be only five universities clearly competing on a world level, and not huge factories, but with 2-3000 students), then the game is worth it. In the new, elite universities, over time, there can be no privilege for existing and socially deserving professors.

New universities should have the full right to select their students according to very demanding criteria. Live thanks to loans, sponsors or scholarships. Exams that are already in college must be very difficult. Some students can be found nominated by a talent promotion agency that creates a database of high achieving students, even if they are average in subjects they are not interested in. Of course, these universities will collect generous from subsequent years, but it is worth creating special conditions for them so that they do not waste their talents in a sea of ​​mediocrity and do not waste time. It is clear that graduates of these new universities will have no problems finding a job or continuing their academic career. Provided that in the first years (eg ten years) only in Poland or in Polish companies abroad (breaking this rule will cost them dearly).

New types of units must also be created at the secondary (or possibly primary) level. It also employs the best and well-paid teachers. Some of them will be schools with an academic background (actually operating, only ineffectively, operating in the Second Republic of Poland) and with programs that are radically more difficult than average. These would, of course, be schools free from various fashionable nonsense, including the entire ideology of progress. And they should be schools (and this also applies to universities) with their own campuses, which means that they teach and learn as a whole, not out of excitement.

The education model described here is of course not based on equal access, but should ensure equal opportunity. This, of course, would face many accusations, above all about elitism or the upbringing of privileged people. But with the talent promotion agency and scholarship systems in place so well, it wasn’t a closed circuit, even though it required a lot of requirements upon entry. In my opinion, there is no other way, as evidenced by the poor results of the so-called Gowen fixes. Polish education, also on an academic level, can only be viciously shaken in order to make some impact. We’re not going anywhere evolutionarily.

All this means that about 95 percent. Education will still be low, if not as low as it is today, as competition will start to work. That’s 5 percent. However, it will decide the future of Poland and is a very profitable investment. This is how it works in most developed countries. But who would dare do that? Especially he will be subjected to unimaginably sharp attacks, especially from highly influential circles and the attacks of egalitarian demagoguery. However, if we do not want to wander in poverty, there is no other way out.

Don't Miss it Euro 2020: British government loosening regulations? Concerns about losing the Euro final
Up Next Great Britain rushes to commute the Obostra. Representatives are sounding the alarm about “catching an infection” | News from the world