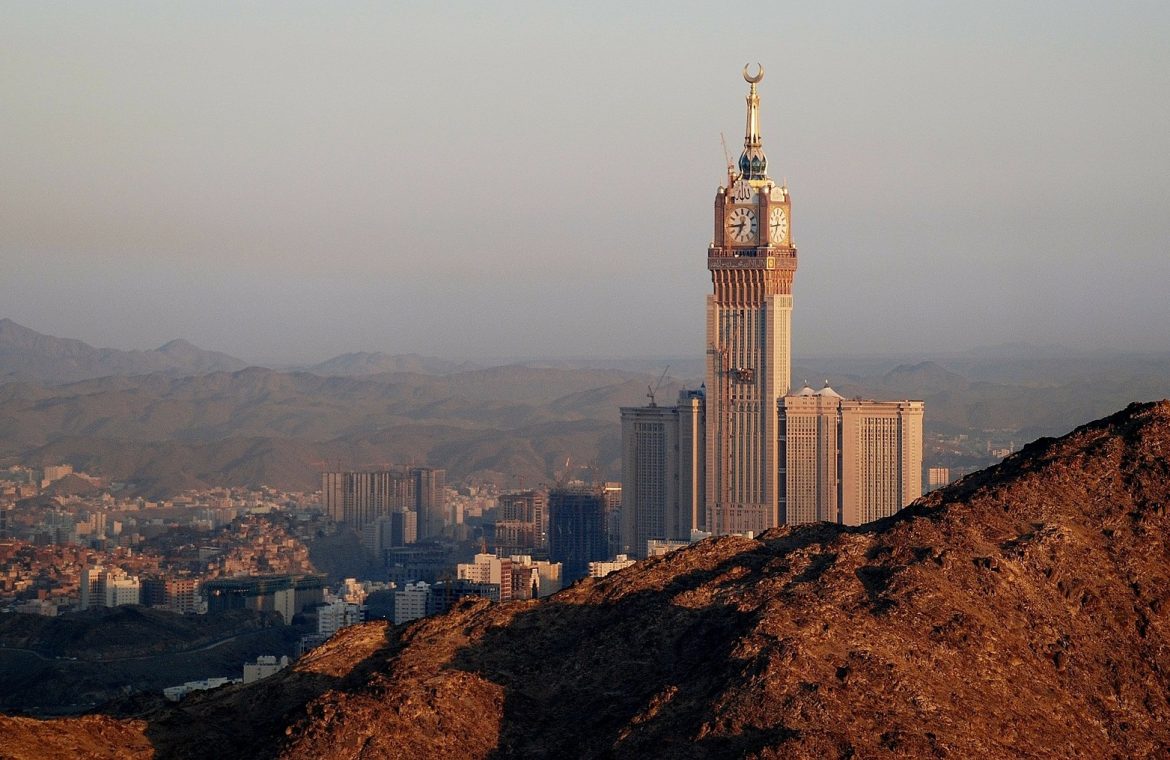 Petitions in this matter have long been sent to the kingdom’s authorities by many American politicians, including Nina Shea – the former US government’s representative for religious freedom in the world and David Rondell – the head of the US mission in Riyadh. In 2008, Bishop Paul Munjid Al-Hashem, the papal ambassador at the time to Kuwait and several other countries in the Arabian Peninsula, announced in an interview with the London newspaper The Guardian that “talks are underway regarding building a church. [w Arabii Saudyjskiej]”.

The “Insider” website indicated that earlier, in 1973, Paul VI agreed to establish the first mosque in Rome, “in the hope that a similar gesture – permission to build a church – will show the kingdom as well.” However, all these efforts were rejected. Worse, more and more acts of hostility toward Christians took place there. For example, in 2014, the Commission for the Promotion of Virtue and the Prevention of Vice expelled 12 Ethiopian Christians from the country, and in 2011, it arrested 35 Christians who prayed in a private home.

But recently, there have been major changes in the political scene in Saudi Arabia, which also affected its relationship with Christianity. Since 2017, the crown prince and heir to the throne, Mohammed bin Salman, has exercised de facto power there (known as MBS in the media). In 2018, American magazine “Forbes” ranked him eighth on the list of the most influential people in the world. He tries to change his country, including. Opening it to tourism and allowing Western films to be shown and music festivals.

Earlier, in 2016, he disbanded the religious police, but kept the ban on evangelization and conversion to Islam in effect. Tourists from the United States have begun to come to Saudi Arabia more often. The Christian tourism agency “Living Pasages” plans to organize 4 such trips this year.

In October 2018, Joel Rosenberg, a well-known religious book writer in the United States (his father is Jewish, his mother is Methodist, and after his conversion to Judaism) received an invitation from Mohammed bin Salman to visit a meeting in Riyadh. Rosenberg was accompanied by Reverend Johnny Moore, a religious advisor to President Donald Trump. For the first time in 300 years, American Christians entered the royal palace. The guests spoke for two hours with the heir to the throne. The issue of building a Christian temple in Arabia. The prince replied, “Not yet, because it will be a gift to al-Qaeda terrorists,” who explained that he “specializes in attacks on churches.”

The Maronite Patriarch Card was the first Catholic leader to come to Riyadh and meet the Saudi heir to the throne. Bishara Boutros Rai, who spoke with Mohammed bin Salman on November 14, 2017. The Prince also met with other Christian clerics: Coptic Bishop Ava Morcos, Card. Jean-Louis Pierre Tauran and Justin Welby, Anglican Archbishop of Canterbury.

According to Insider, the problem at hand is the interpretation of the Prophet’s words that “there should be no two religions in the Arabian Peninsula.” However, some scholars suggest that Muhammad was referring to Islam’s two holy cities: Mecca and Medina. Moreover, Mohammed bin Salman is aware of the fact that the Prophet “lived peacefully with the Jews and the Christian monks.”

The delegation led by Rosenberg traveled again to Riyadh in 2019. The issue of archaeological excavations on the remains of ancient Christian churches in these lands was also discussed.

The epidemic stood in the way of subsequent meetings. However, on September 28, 2020, Rosenberg and 8 other Protestants met in Washington with Princess Rima bint Bandar Al Saud – their country’s ambassador to the United States. However, the facility did not comment on this event.

The future temple site might be a problem. One Saudi politician, Prince Abdullah bin Khalid Al Saud, refers in an interview to Al-Bawaba to Neom – a rapidly developing city in the northwest of the country. It is a personal MBS game project that aims to be a place where “different cultures and religions” intersect. The politician said that the list of new investments in this huge city “definitely includes a church.”

But many Christian leaders feel there would be no point in doing so. Everyone refers to the capital of the country or another city – Jeddah (Jeddah), where today most of the 1.8 million Christians live there. Ali Al-Ahmad, an Arab analyst in Washington and Nina Shea, and Archbishop Hinder share this view. Perhaps the new church will be built in the capital, Riyadh – in the diplomatic quarter.

Bishop Paul Hinder told Insider that “it is important for the faithful to place the temple in place so that they can easily access it.” The 78-year-old Bishop of Capuchin from Switzerland said, “I would like such churches and prayer places to be where immigrants live: workers. And workers, not in the cities of the future “show.” He added, “The kingdom is showing a new readiness for dialogue, but it is still very far from the usual.”

See also  USA: Stephen Sondheim, one of the giants of Broadway, has died

Mohammed bin Salman, who traditionally keeps his subjects short through an elaborate security apparatus, may face opposition from influential Muslim clerics. One of them, Sheikh Asim al-Hakim, recently asked on YouTube, “Do you allow building a mosque in the Vatican? No. Likewise, we do not agree to build churches here.”

The last part of the article in “Insidera” is titled “Love Action”. In his last sentence, Bishop Hinder expressed the hopes of the faithful he serves: “I will be truly happy to live until the day when the hundreds of thousands of Catholics living in Saudi Arabia will have their churches and be free to gather for prayer.

Bishop Paul Hinder, who will turn 79 on April 22, has been in the Arabian Peninsula for more than 20 years. On December 12, 2003, John Paul II appointed him as Assistant Bishop of the Apostolic Vicar of Kuwait, and on March 21, 2005, Benedict XVI appointed him the first Chief of the Apostolic Vicariate of Northern Arabia that was established on that day; On May 31, 2011, he was appointed Vice President for Southern Arabia, and on May 13 of last year. Francis also appointed him – after the death of the priest-bishop, vicar of the Arabian Peninsula. Camilo Ballina – Apostolic Director of this Church Unit. Both Representatives cover all countries of the Arabian Peninsula: Northern Saudi Arabia – Kingdom of Saudi Arabia, Bahrain, Qatar, Kuwait and Southern Arabia – Yemen, Oman and the United Arab Emirates.

Don't Miss it Does life in exile in Great Britain make sense after Brexit? Take the word Poles in the UK [video]
Up Next Flash Memory: Infinite can delight again. The developers offered the main discount