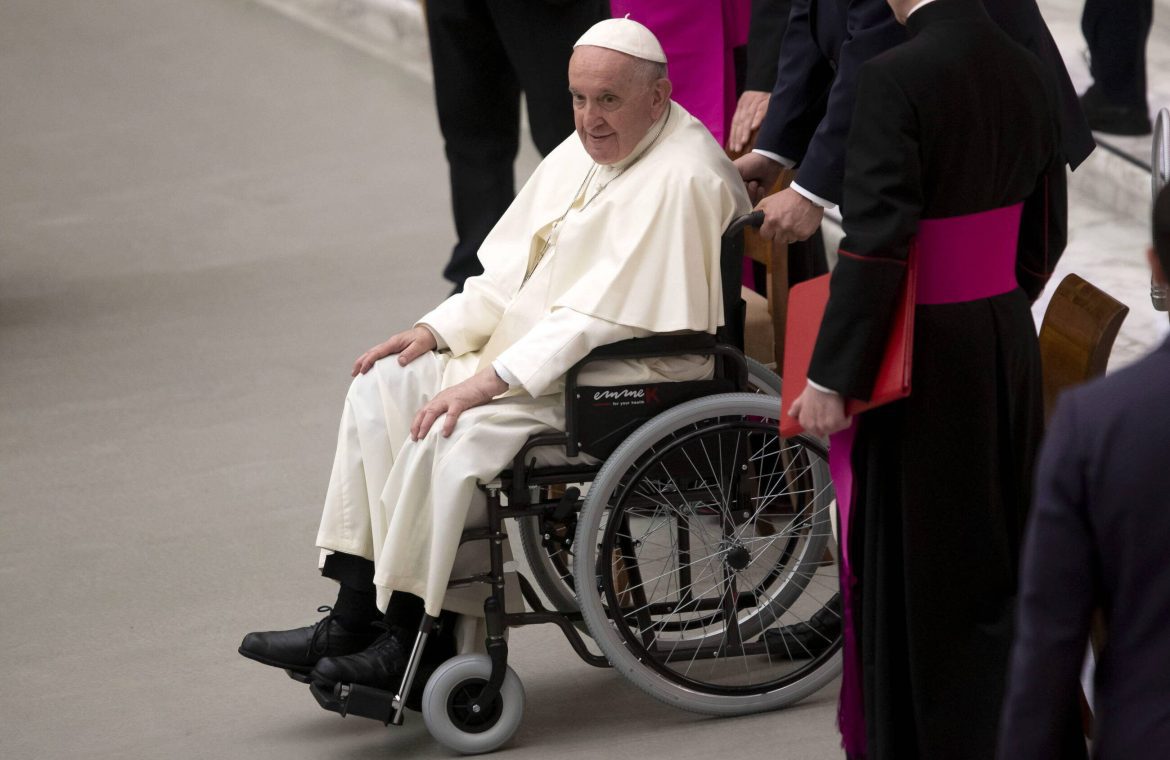 Pope Francis’ health is worrying, but the Holy Father’s trip to Canada planned for the end of July is still relevant, according to the Canadian Catholic Bishops Conference. These words relate to yesterday’s postponement of July 2-7. Francis’ trip to the Democratic Republic of the Congo and South Sudan.

As noted, this decision was made “at the request of the doctors, so as not to jeopardize the results of the treatment to which the Holy Father is undergoing due to knee pain.”

What about the Pope’s trip to Canada?

However, the postponement of the visit to Africa is not expected to jeopardize the planned trip to Edmonton, Quebec City and Iqaluit from July 24-29. A spokesman for the Archdiocese of Toronto, Neil McCarthy, said the Pope’s itinerary included several extended breaks during his visit to the country. The Canadian Archdiocese maintains that it is in constant contact with Vatican officials in preparation for the Holy Father’s visit.

“Pope Francis’ health is a serious problem,” said Erica Jacinto, director of communications for the Archdiocese of Montreal and head of media communications during the papal visit. His age (85) and “limited mobility” (now a wheelchair user) may mean that his “participation in events may be severely limited”.

– We sincerely wish Pope Francis to come to Canada and pray that his wish to visit indigenous peoples in their ancestral lands may be fulfilled – added Mrs. Jacinto, emphasizing that “the Holy Father wishes to come to Canada with all his heart.”

A little over a month ago, Pope Francis was in a wheelchair due to an inflammation of the ligaments in his right knee, which has already forced him to cancel several appointments. On his only trip already so far, in 2022, to Malta, an island country in southern Italy, on 2 and 3 April, the Pope had to use the elevator to get on and off the plane. It is also rumored that he feels pain in the groin.

According to reporters, the recent health problems of Pope Francis have fueled speculation in the Vatican. They refer to the Cardinal Council scheduled for August 27, when 21 cardinals will receive marks of their dignity, including 16 cardinals under the age of 80, and thus have the right to elect a pope.

According to Massimo Fagioli, professor of theology at Villanova University, this decision appears to show that Pope Francis desperately needs to prepare the Catholic Church for his departure. “He knows he’s nearing the end of his pontificate,” Fagioli told The Washington Post.

Another element that raises speculation is the visit to the city of L’Aquila, scheduled for August 28, the day after the church, where Francis will visit the tomb of Pope Celestine V, who left office after his five-month pontificate in 1294. The Great Pope Benedict XVI visited the tomb of this The pope four years before he announced his resignation from Peter’s other ministry.


Read also:
Is Francis leaving? Kratyuk comments on rumors about the abdication of the PopeRead also:
the father. the professor. Sislow: The Pope’s visit to the Congo is essential. It can draw attention to Africa’s problems

Don't Miss it Officially: Real Madrid will play three matches in the United States
Up Next Endless Runnery has ruled smartphones for years. Here is the best game of its kind