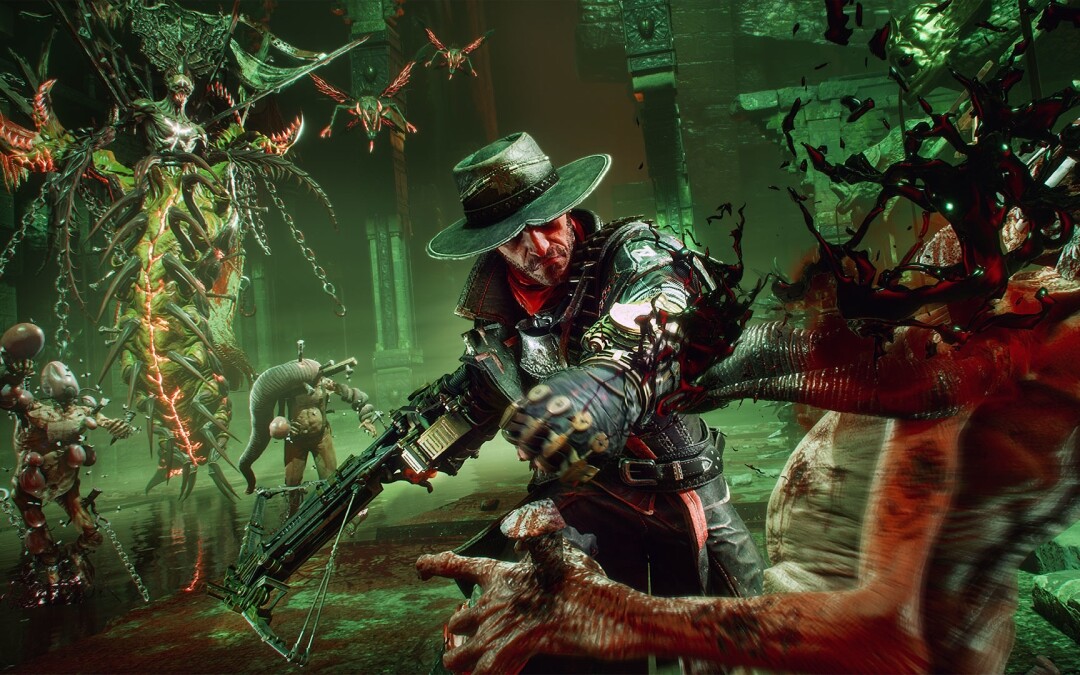 In 95 days, the premiere of the new Flying Wild Hog game will take place. The creators want to prepare players for the new IP, so today we can check out the extended gameplay from Evil West.

Flying Wild Hog has several teams working on developing functionality for consoles and PCs of two generations. On September 20, the team will introduce to the community a new brand, so it’s time to start a specific promotion of the new universe, which looked quite decent on previous materials.

Evil West is set in an alternate version of Wild West. The main character could not count on a quiet exploration of the beautiful surroundings, duels with pistols and relaxation in the lap of nature, because vampires swept the entire United States. Players take on the role of a representative of the group that exterminates the monster.

The latter gameplay shows a lot of combat, but also allows you to look at enchanted areas and develop skills. The Polish studio offers an interesting mix of close and long-range engagements. During the game we will encounter a variety of creatures – even in the published game we see several types of enemies, and sometimes it is really intense.

Evil West could be an interesting option for players who aren’t afraid to shoot vampires – it will be a good warm-up for next year’s Redfall, which we had the chance to see at the recent Xbox and Bethesda event.

See also  F1 2022 on the go. Codemasters show some dynamic scenes
Don't Miss it Spain: More than 300 earthquakes occurred in the Teide volcano on the Canary island of Tenerife
Up Next Tour of Switzerland: Nico Denz wins stage six