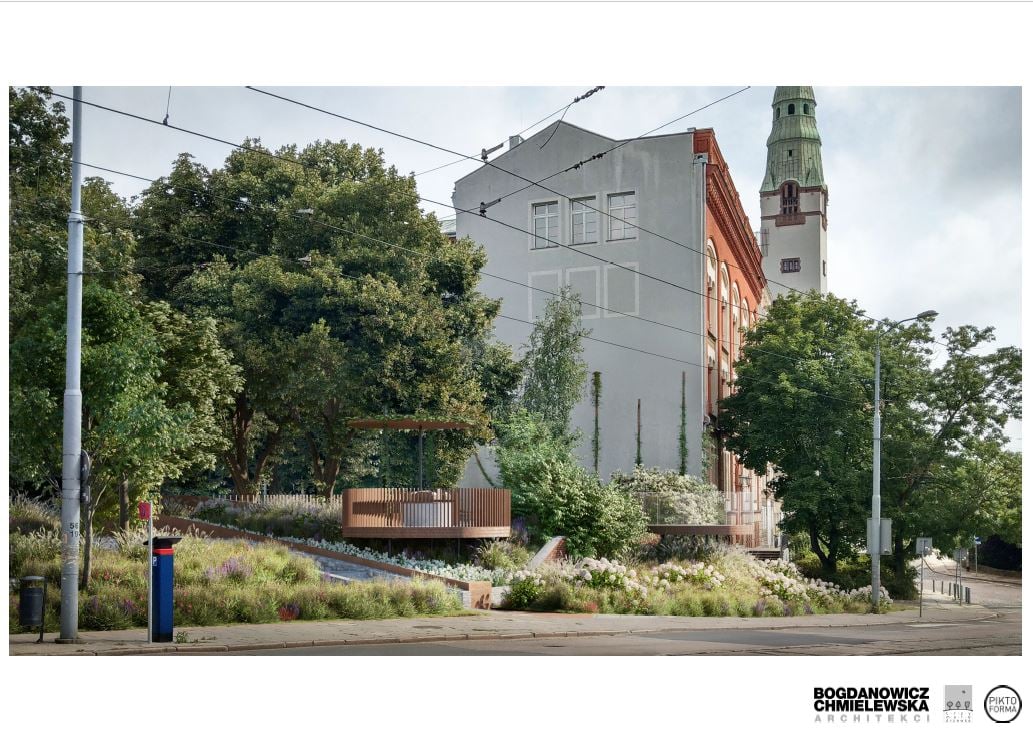 The project “Building a pocket park with a place to commemorate the Kristallnacht” is one of the winning proposals for this year’s Szczecin Civic Budget. On Tuesday, October 26, there was a meeting about its final form. The consultant, Dominica Jakosky, posted a visualization of the concept on her Facebook profile.

Design work has been carried out over the past few months. Moreover, numerous meetings were held with the Jewish community, the Old Housing City Council, the administration of the Pomeranian Library, as well as with designers from the Trzy Małe Drzewka studio. The final version was adopted during Tuesday’s meeting.

This previously forgotten space on Dworcowa Street will be revitalized. A pocket park will be created, where a memorial will be dedicated to the memory of the former residents of Szczecin who were taken to the extermination camps during Kristallnacht.

As Council member Dominica Jakosky stated on her Facebook profile, among the tall green spaces, which will be fully preserved, there will be ornamental plantings. In addition, there will also be: a viewing platform, a space for classes with students and users of the Pomeranian Library, pedestrian routes taking into account the needs of people with disabilities.

See also  Latest Covid cases in every area of ​​London amid a "worrisome path" towards Level 3
Don't Miss it World Hard Enduro Championships: Tadeusz Błażusiak 9 in the Final Ranking
Up Next New Entry Rules for Great Britain. Also for the Poles