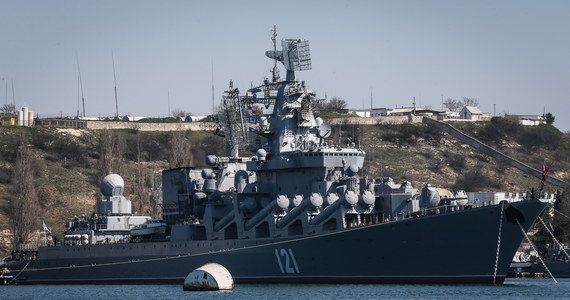 Ukraine’s border guards said the storm prevented the crew of the Moscow cruiser from being evacuated. The ship sank in the Black Sea while towing. Ukraine claims to have been bombed by Neptune missiles; Russia insists that a fire broke out on board, without explaining why. A factory near Kyiv that produces Neptune missiles was bombed during the night as a result of a Russian attack.

The Russian Defense Ministry said, Thursday evening The Moscow cruiser sank while towing in a storm.

Earlier, the Ukrainian military stated that The ship was hit by two maneuverable missiles from Neptune.

Moscow did not confirm these reports, claiming only that the unit was “on fire”.

Russian dissident Ilya Ponomariov said that the information about Rescue 58 sailors from the cruiser. He added, “The crew of the ship consists of 510 people– said the politician on Facebook.

This was announced by a spokeswoman for the Ukrainian border guards, Natalia Homenyuk The Russian forces failed to evacuate the crew of the Moscow cruiser due to the stormthat sank in the Black Sea.

“The blow exploded and the battle for life began. We saw other ships trying to help, but even the forces of nature were on Ukraine’s side. Because the storm did not allow a peaceful rescue or evacuation of the crewHominick stated.

Moscow was the flagship of the Black Sea Fleet and one of the most important warships in Russia.

“Only losing a ballistic-missile-capable submarine or the Kuznetsov (Russia’s only aircraft carrier) would be an even greater blow to Russian morale and the navy’s reputation in Russian society,” CNN quoted retired US Navy Captain Carl Schuster as saying.

The factory in Kyiv, which – as reported by an AFP correspondent – produces Neptune missiles, was bombed during the night as a result of a Russian attack.

The factory workshop, located about 30 km southwest of Kyiv, and the adjacent administrative building were badly damaged. The windows of about 50 cars parked in a nearby parking lot were also smashed.

Don't Miss it Students of the Poznan University of Technology built a rocket. They’re gathering for a trip to the competition in the USA
Up Next GTA 5 Next Generation No Transphobia Jokes