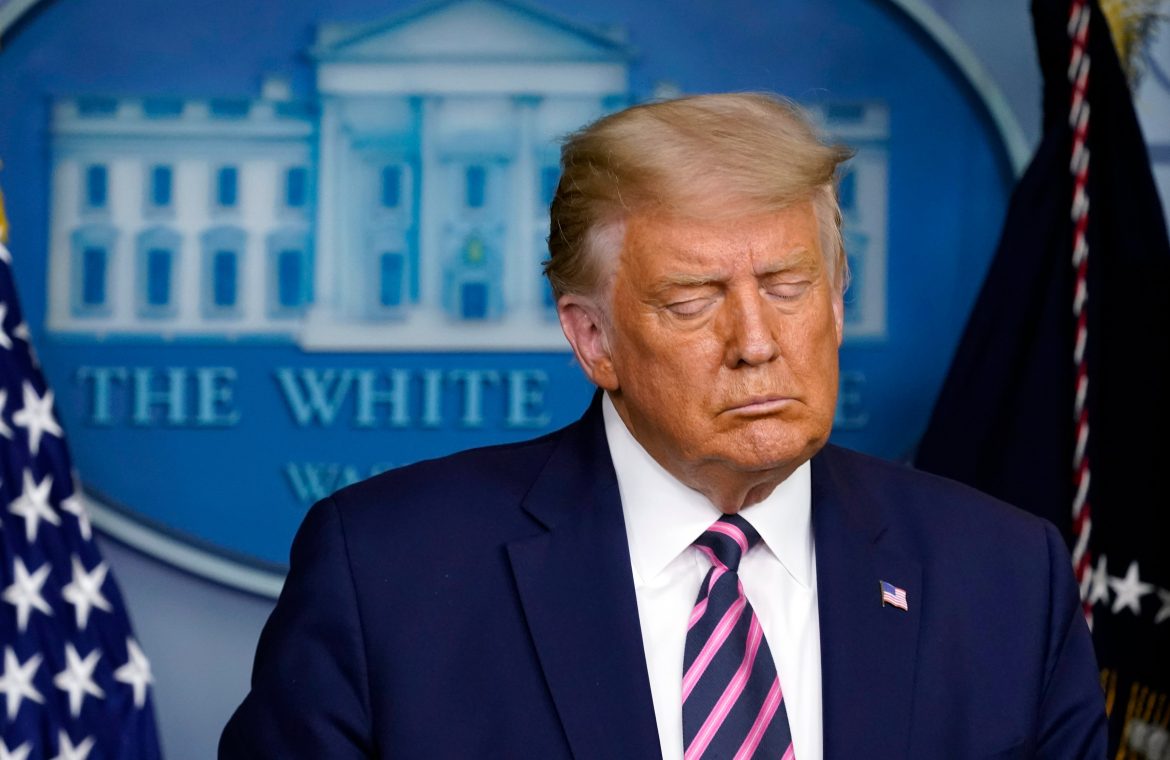 Donald Trump has said the United States has a “basically” coronavirus vaccine and will soon announce distribution plans for 100 million doses by the end of the year, enough to vaccinate all Americans by April.

Speaking at a White House press conference on Friday, the president compared the rapid development and deployment of the vaccine to the defeat of ISIS in the Middle East, and said that hundreds of millions of doses will be available by the end of the first quarter of 2021..

Mr. Trump said, “We have it basically, we’re announcing it very soon.”

In a short time we will have a safe and effective vaccine and we will overcome the virus. Interestingly, as I was saying, things will go just as well as we have done with our military, regarding ISIS, very well. Long before the deadline. ”

Trump said the candidate vaccines are currently passing the “gold standard” for clinical trials, and once they’re ready, the military is ready to begin distribution within 24 hours of approval.

While vaccines will be ready for high risk and first responders by the end of the year, more will be deployed as they become available.

Mr. Trump said: “There will be hundreds of millions of doses available every month and we expect to have enough vaccines for every American by April, and again I will say that even at that next stage, it will be delivered as quickly as they come.”

Earlier this week, Director of the Centers for Disease Control and Prevention Robert Redfield said the vaccine will not be widely available to the general public until the summer or fall of 2021.

This was a position Trump denied on Wednesday, saying that a public health expert “made a mistake” or was “confused” by the question.

Anthony Fauci, an infectious disease expert with the White House Coronavirus Task Force, said in an interview with WTOP that both were right, depending on how quickly they obtained approval for the vaccine.

“I think they were right in many ways,” said Mr Fauci. “The president was saying it’s perfectly reasonable to have an answer (to a vaccine) by October.”

In this case, the schedule will move forward and conform to the president’s expectations for the first quarter distribution. However, if they don’t receive that answer until November or December as Fauci predicts, the schedule moves to later next year.

He said: “Once it is clear that the vaccine is safe and effective, the doses that will be administered are already manufactured, so that we can reach Earth quickly.”

“ But if you want to ask the question, what about vaccinating everyone so that we can say that vaccines have now had a major impact on how we can behave in the sense of returning to a certain degree of normality – and this is very likely in the first half to the third quarter of a year. 2021.

Joe Biden said at CNN City Hall this week that if Fauci says the vaccine is safe and effective, everyone should go ahead and get it. But while he trusts science and experts, he does not trust the president’s evaluation of taking the vaccine.

See also  Holland. Russia withholds witness to the downing of a Malaysian Airlines plane in 2014.

When Trump was asked Friday whether he thought he knew better than the experts he was contradicting, the president said, yes, “I think I know in many cases.”

Trump said: “Joe Biden’s anti-vaccine theories are putting a lot of lives at risk, and they’re only doing it for political reasons. It’s very stupid.”

Don't Miss it Donald Trump says every American should have a vaccine by April
Up Next Bayern Munich 8-0 Schalke 04: Thiago? there is no problem! Serge Gnabry scores HAT-TRICK