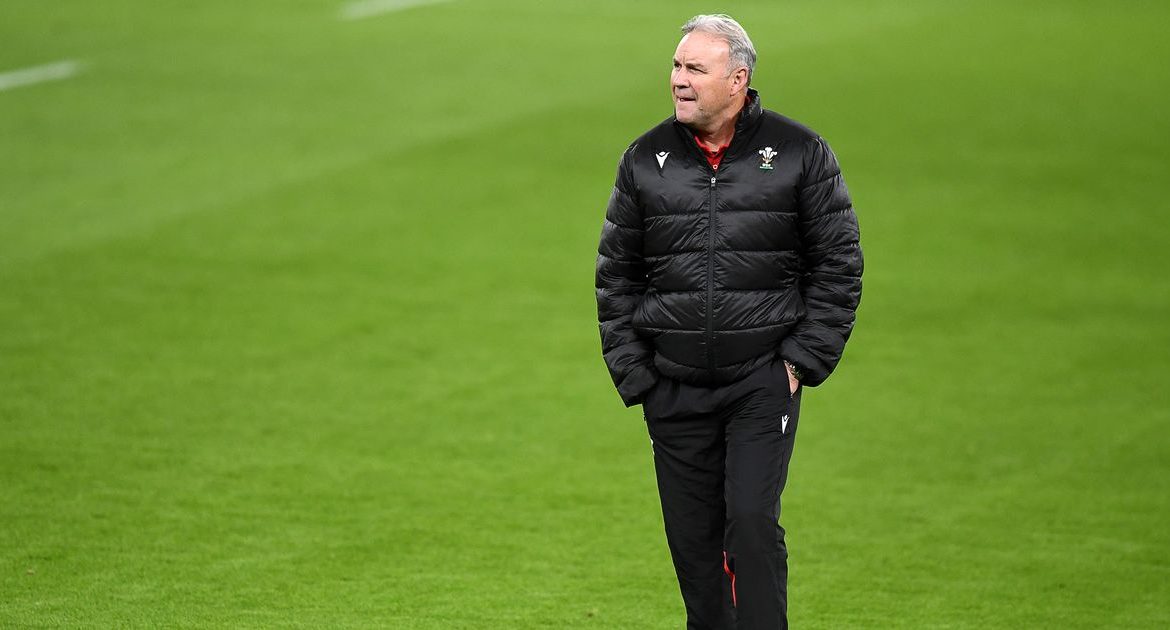 Welles fell to a sixth consecutive defeat after losing 32-9 to Ireland in Dublin.

Coach Wayne Bevac insisted he remained the man to turn things around in the face of the growing pressure from the Welsh rugby crowd.

QUESTION: How do you rate it, Wayne?

Wayne Bivac: Obviously, I am very disappointed with the first half in terms of our group. We weren’t able to apply any pressure.

There was a bug in the streak and there were violations in Scrum, as we were on the receiving end.

We couldn’t really build anything, which was very similar to the first half in the Scottish game. That was frustrating.

The difference, from a positive point of view, was that it was through all the lands and possessions of the Irish [in the first half], Only one attempt was recorded.

The defensive effort and energy we were looking for was in there. Unfortunately, when you have to do a lot of tackles, it will cause losses at some point in the game.

In the final part of the second half, more than the first half crept off with the single foul and the non-compulsory foul.

It’s something that we need to look at and deal with very quickly.

Q: You knocked out Reyes Car before the break – was that tough but necessary?

White phosphorus: It’s not about people, it’s about doing what we think is best for the team at the time.

The fixed piece was under pressure, it was a blemish on our streak and we didn’t want to concede before halftime.

We made the change and we did not give up.

Q: These are six consecutive defeats now. Are you sure that you are the man who can turn things around?

White phosphorus: Yes. From the lead coach’s point of view in these situations, it has to do with the atmosphere in the locker room and between the players.

I think if you were in the dressing room, you would see a very frustrated team but a team that put in a Hell of Transformation.

We asked for it after the Scottish performance and the positives were work we would have put in without the ball.

Not sure about the stats, but it was a tough defensive effort. This talks about group folders.

Q: Are you getting the best out of this group of players?

White phosphorus: We have a lot of players who are back from some serious injury and who may not be at their peak at the moment.

They know it and we know it.

It’s so frustrating that the changes we wanted to make took time. Under pressure, we make some unfamiliar mistakes for some players.

We’ll go away and look at this game, as we do in every game, but we have some games that we have to look at now to see which patterns emerge regarding individuals’ faults.

We’ll look at that with your selections from now on.

Q: Do you need patience with the Welsh rugby fans?

White phosphorus: It is the autumn series and we will not change our plan.

There will be a lot of changes in the coming week, all of which have been planned in advance. This is to give the team a chance to run by the end of the Georgia match and that’s what we’re going to do.

We will continue to build depth and keep working hard.

But right now, it’s a bitter pill that everyone swallows in because it’s not like we’ve been hit on a regular basis by much better teams.

I think we are helping the opponent and giving them a lot of easy extras.

We are hurting ourselves and will work hard to correct it as quickly as possible.

The fall of Nations Cup comes here with the arrival of a busy international rugby month.

For the latest daily Welsh rugby news and weekly insider briefing by Simon Thomas sent straight to your inbox for free, Click here and select “Rugby”.

Q: Are you worried about how things are going?

White phosphorus: Obviously, we’re worried about whatever performance we’re not getting the result we’re looking for and have a bit of a bounce, as I rightly point out.

In my view, it’s not about me, it’s about the team and making sure we give them the best preparation and the best opportunity to perform.

Preparation was good and we are working hard as a group.

It takes a while for us to click on and remove the bugs that are currently holding us back.

They are things that are under our control and we have to make sure that we have better control over them.

Q: This is not a bad group of players, but looking from the outside the results are getting worse every week – what goes wrong?

White phosphorus: We are looking to change what we’ve done over the past 10 years and try to change mindsets. It did not happen overnight in my experience.

It is something that we will continue to work towards because we believe in it.

The players are working hard and from our point of view it’s about rolling up our sleeves on Monday.

We do not give in to this. This is not the World Cup, we are working for the World Cup and it will take some time.

Q: The number of penalty kicks was again very high – are the referees unfairly treated?

We won’t agree with every one of the decisions, let’s just say that.

Q: This team has not been recognized since last year – how long until we see them become the Wayne Bivac team?

White phosphorus: Pre-lockdown I saw where we were heading, after lockdown I didn’t see it.

It was full of error. It is something we are not comfortable with. We are working hard to fix it and we will continue to do so.

This is the first place, usually, where things start to get worse, if you aren’t preparing well and doing what you need to do.

Don't Miss it Trump says the coronavirus vaccine will not be delivered to New York until the governor accepts it
Up Next Behind the walls of Royal Hull Hospital, where coronavirus patients fight for every breath