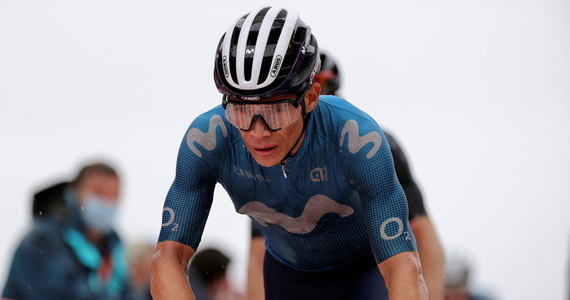 These three riders are definitely leading the race. In the general classification, Roglic increased his lead over Mass to 2.30, and Lopez in turn reduced the loss to 2.53.

The stage leading up to the Gamonetero Pass, described as “royal”, ended with a steep 15-kilometre climb. Lopez attacked 4 kilometers from the finish line, gaining a half-minute advantage over the group of candidates in the race. Roglic decided to launch a counterattack less than two kilometers from the “line” and, although he reduced losses, was not able to catch up with the Colombian.

“I’ve waited four years to win the Volta title,” Lopez said. “To do so today, on stage royal, is amazing, cause for pride and added motivation.”

The Slovenian lost little and still had the best chance of a final victory, especially as he would be the favorite for the final stage, the singles time trial in Santiago de Compostela. He recently won an Olympic gold medal in this competition in Tokyo.

Previously, Rafai Majka was visible, paving the way for the attack of his fellow UAE teammate, David de la Cruz. The Spaniard was caught just 3 km from the finish line by Lopez, and finally took sixth place. Majka was 46th, over 16 minutes behind.

Don't Miss it Diablo 2 Resurrection is full of holy warriors. Paladin shows powers in the trailer
Up Next How do you divide a large room?