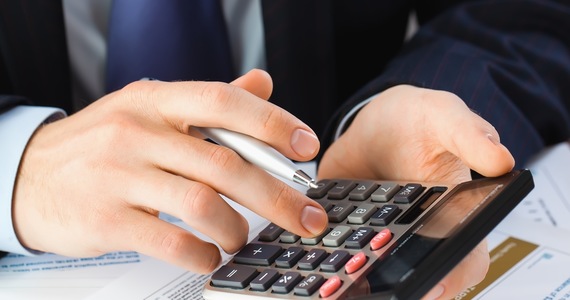 On February 1, 2020, the United Kingdom of Great Britain and Northern Ireland withdrew from the European Union. The Withdrawal Agreement provided for a transition period ending on December 31, 2020. After the end of the transition period, the EU rules in the field of VAT no longer apply to the UK and UK. As a result, there are currently no transactions such as intra-community supply or possession of goods in EU-UK relations. However, the exception is the territory of Northern Ireland, where EU VAT regulations on goods still apply.

Transactional series as results from Art. 22 sec. 2 of the VAT Law, if the same goods are the subject of subsequent deliveries and are shipped or transferred directly from the first supplier to the last buyer, the shipment or transport is designated for one delivery only. Therefore, the fundamental issue of proper transaction taxation is to determine the supply in the chain to which the transport of goods should be allocated (which of the supplies will be the so-called transported delivery).

In the case of export transactions, in accordance with Art. 22 sec. 2a of the VAT Law, if the goods are shipped or transported from the territory of the state to the territory of a third country by the buyer who also supplies them (the middle entity), then the transported delivery will be assumed to that buyer, unless the terms of delivery indicate that it must be allocated The shipment or transportation to be delivered. Such a construction makes it necessary to analyze the conditions under which the delivery takes place each time in order to locate a mobile transaction.

However, in the context of WDT, according to Art. 22 sec. 2b of the VAT Code, if goods are sent or transported from the territory of one EU country to the territory of another EU state, then the dispatch or transportation of these goods is assigned only to the delivery made to the intermediary entity. On the other hand, an intermediary entity is understood as a supplier of goods other than the first entity, which sends or transports goods by itself or through a third party acting on its behalf.

Changes in the delivery of premises according to Art. 43 sec 1 point 10 of the VAT Code, the tax exemption is used, among other things, for the delivery of buildings, structures or parts thereof, except in the following cases:

a) the delivery is made as part of or before the first settlement,

b) A period of less than two years has elapsed between the first occupancy and the handover of the building or structure or part of it.

However, the regulations provide for the possibility of waiving this exemption and opting for tax on the supply. One of the conditions for achieving this effect is to submit an appropriate declaration to the head of the buyer’s relevant tax office. Currently, according to Art. 43 sec 10 point 2 of the VAT Law, the parties to the transaction for the delivery of the building, structure or parts thereof must submit a firm declaration no later than the day before the delivery of the property.

Changing art wording. 43 seconds 10 points 2 of the VAT Act as of October 1, 2021 (optional) will allow a consistent declaration from the supplier and the buyer about the choice of property taxes also in a notarized deed. This means that the parties to the delivery of the building, structure or parts of it will be able to choose and either make a consistent declaration to the buyer of the head of the tax office on the choice of value-added tax for the delivery of these things – no later than the day before the delivery of such property, or make such declaration in a notarized law .

Deduction of value-added tax by correction of the taxpayer, in accordance with the art currently in force. 86 sec. Number 13 of the Value Added Tax Law, input tax may be deducted by correcting the tax return for the period in which the right to reduce output tax arose, but no later than 5 years from the beginning of the year in which the right to reduce this tax arose, in the event that he did not make a deduction Input tax contained in Article 86 sec. 10, 10d, 10e and 11th of the VAT law deadlines.

from 1 october NS. If the purchase invoice is not received continuously, the taxpayer will be able to correct the tax return:

This solution will contribute to reducing the obligations of taxpayers regarding the number of tax returns submitted (it will be possible to aggregate VAT deductions into one tax return for a specified accounting period in the case of invoices that give rise to the right to deduction for short periods).

Where according to art. 4 of the Amendment Act, if the right to reduce the amount of tax payable by the amount of input tax arises before the effective date of this Act, the taxpayer will apply the provisions of Article. 86 sec. 13 of the Act in its current form.

Bad Debt Relief The amendment to the Bad Debt Relief Regulations removes the requirement to register the debtor as an active VAT taxpayer on the day prior to the day the creditor files the tax return correction. At the same time, the creditor must still obtain the status of an active taxpayer for VAT. For the sake of symmetry, the paragraph is omitted. 1b in art. 89b of the Value Added Tax Act.

Meanwhile, the period for which a creditor is entitled to bad debt forgiveness has been extended from two to three years. This means that the creditor will have the right to reduce the tax base and VAT if 3 years have not passed from the date of issuance of the invoice documenting the debt, starting from the end of the year in which the invoice was issued.

Amendments to VAT -26 Currently, taxpayers are entitled to 100% deduction of input tax on expenses incurred on cars used exclusively for business activities, for which taxpayers are required to keep a record of car mileage and when submitting it to the head of the tax office, in accordance with Art. 86a Paragraph 12 of the VAT Law, information on these vehicles within 7 days from the date of incurring the first expenses related to this vehicle. This information is provided on Form VAT-26. In the event of a change in the use of the vehicle, the taxpayer is obliged to update the information indicated in Art. 86a Paragraph 12 of the VAT Law, at the latest before the date of the amendment.

Change introduced in art. 86a Paragraph 12 of the VAT Law will extend the deadline for filing VAT-26 to the 25th day of the month following the month in which the first purchase relating to a vehicle with a right to a 100% discount will be made. This means that a taxpayer who, on a specific day of the settlement period, incurs the first expense relating to a vehicle that is used exclusively for his business, will not be required to file VAT-26 with the tax office within 7 days of the date on which the first payment is made. related to this vehicle, but will be obligated to file VAT-26 by the 25th day of the month following the month in which you incur your first expenses related to this vehicle. The information must be submitted no later than the date of submission of the JPK_V7M / V7K records for a particular month, also in connection with the quarterly taxpayer settlement.

According to art. 5 of the law amending the provisions of Art. 86a Paragraph 12-14 in the new wording will apply to expenses related to cars used exclusively for commercial activities, incurred from the date of entry into force of the amended law. 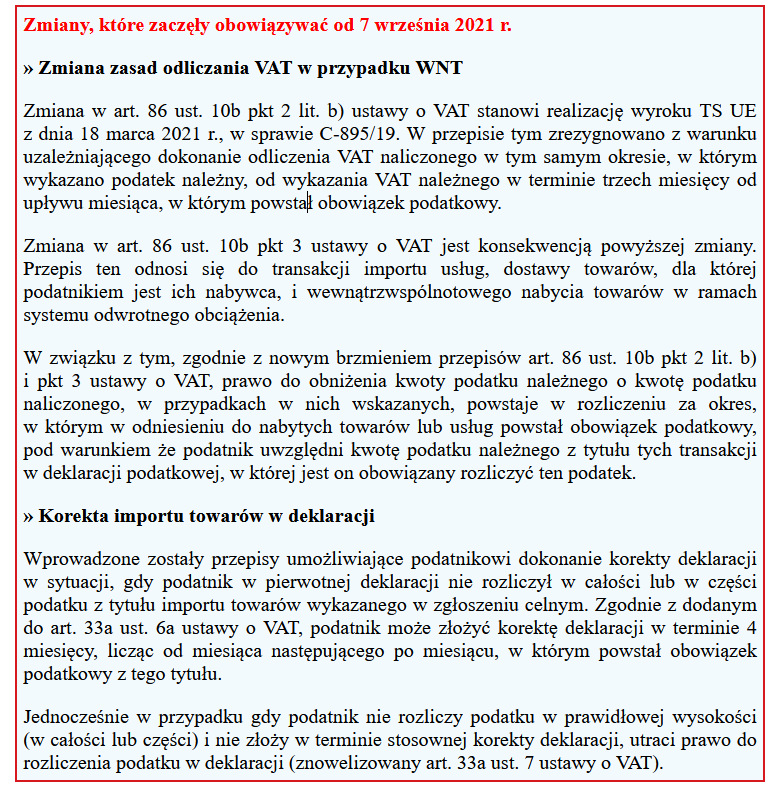 Is there money to increase the budget?
Electronic newsroom

See also  The United States will impose new sanctions on Russia. In financial affairs and the expulsion of diplomats
Don't Miss it United Kingdom: End of government job maintenance program related to the epidemic
Up Next North Korea may possess hypersonic weapons. It would mean a big step.