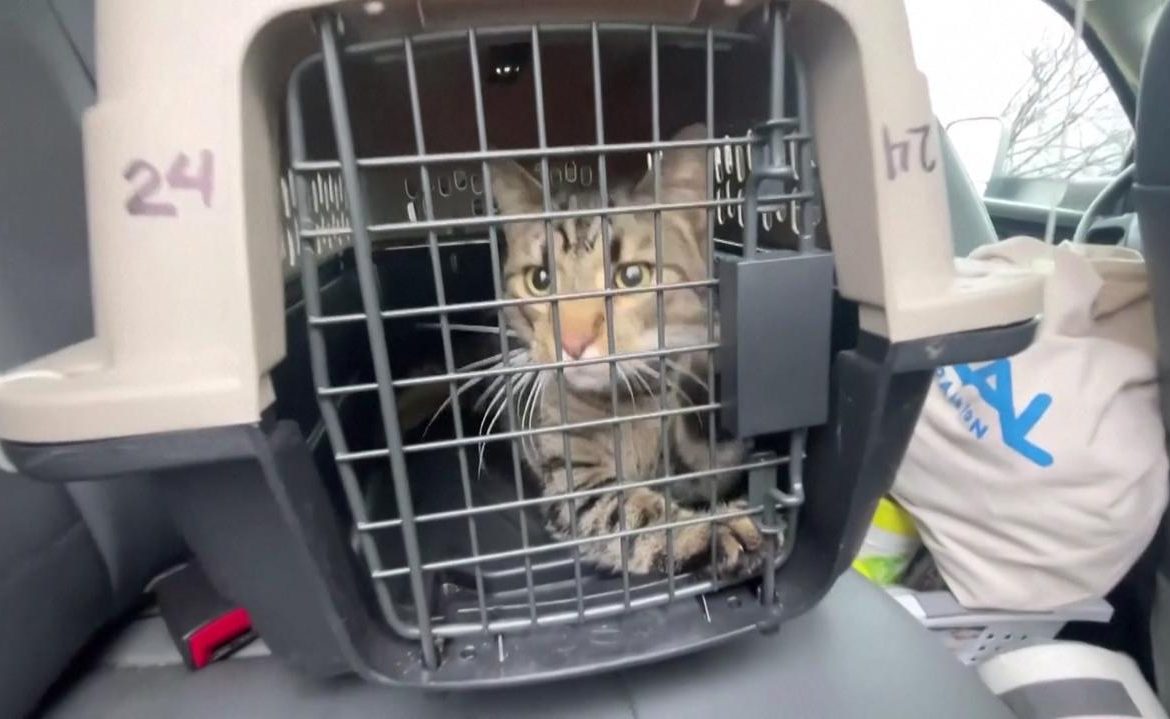 As a result of the series of tornadoes that swept the United States less than two weeks ago, the most severe damage was recorded in Mayfield, Kentucky. Not only people, but animals also suffered. Cats and dogs roam around the ruins of the city, hiding in the ruins of houses.

The American organization “Humane Society” decided to help the animals roaming the city of Mayfield. The city was devastated by hurricanes. Volunteers are there looking for stray dogs and cats, and they hope to find their owners.

“Unfortunately a lot of people have died here in their homes, and now the bulldozers are in here,” said Kitty Block of the Humane Society. The remains of the houses are being cleaned up in the city. Cats hide in eaves, under balconies, and in the remains of houses. We just want to get them out before the bulldozers destroy everything on the ground – she added.

Its purpose is to catch all the animals and take them to a shelter, where they will be under the care of specialists. There, the owners will be able to identify their pets, whether they are found or not.

There are approximately 70 dogs and cats at the Mayfield Animal Shelter. “There isn’t enough room for more animals,” said David Spalding, facility manager.

Some pet owners manage to find their pets. One of those lucky ones is Bill Kenny, owner of an eight-month-old dog named Syd. “I missed my son,” Kenny said. He added, “It’s like helping me here, he goes wherever you are.”

About 30 tornadoes passed through six US states during the night from Friday to Saturday (December 10/11). In Kentucky, as well as in Arkansas, Illinois, Mississippi, Missouri and Tennessee, the element destroyed homes, tore power lines, uprooted trees, and overturned cars. The town of Mayfield, Kentucky, with a population of about 10,000, was hardest hit, with a candle factory destroyed. He left behind a huge pile of rubble. It is believed that there were 110 people inside when the typhoon hit.

Don't Miss it Hawkeye Episode 6 release date and time – check it out here
Up Next The conflict in the Donbass. Ukraine seeks a cease-fire