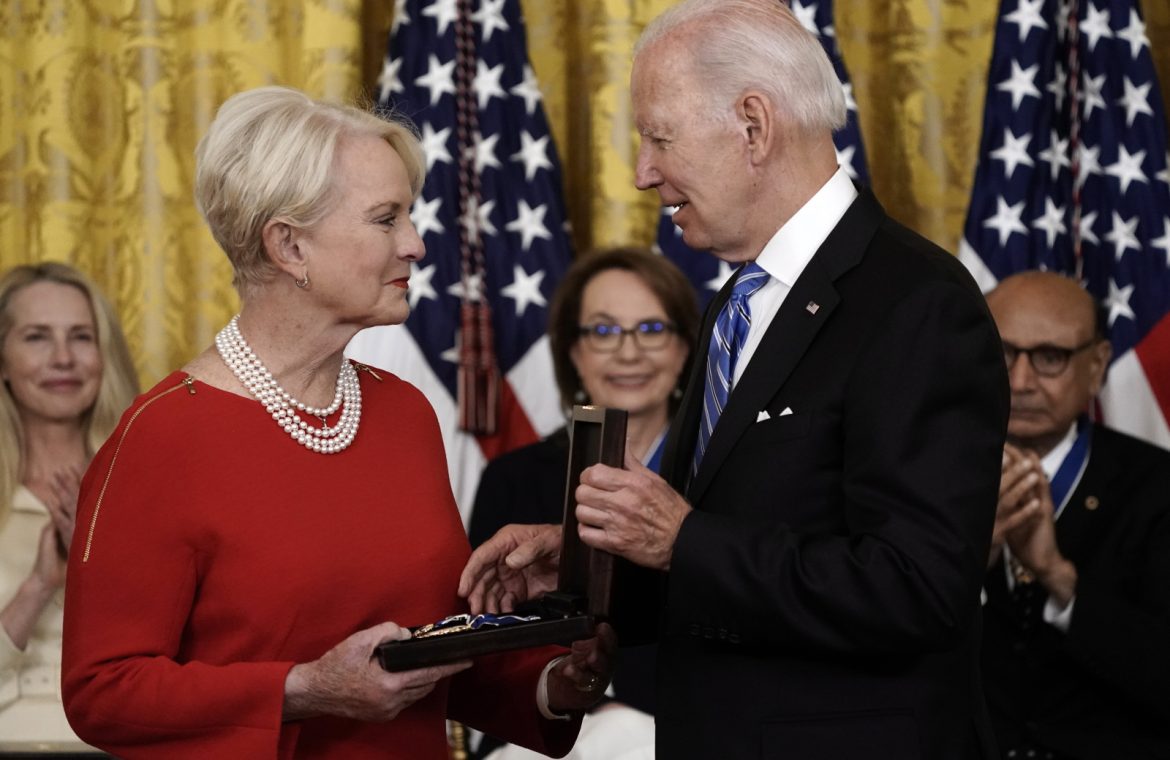 US President Joe Biden on Thursday awarded 17 people the Presidential Medal of Freedom, the highest civilian honor. Recipients of the awards include, among others, actor Denzel Washington and gymnast Simone Biles, posthumous Senator John McCain and Apple co-founder Steve Jobs.

“We are doing what we can to make the idea of ​​America, the cause of freedom, as bright as the sun and illuminating the future of the world. This is the spirit of our nation, who we are as Americans and what we see in this extraordinary group of Americans,” Biden said, announcing the names of the recipients.

The president awarded, among other things, 25-year-old Simone Biles, the most successful gymnast in US history, who also became the youngest person to receive a presidential medal. The orders were also given posthumously to three people – Republican Senator John McCain, Richard Tromka, the longtime president of the AFL-CIO, and Steve Jobs, the co-founder of Apple. The award will also be given to actor Denzel Washington, who did not appear at the White House on Thursday.

Other winners include: former NFL captain, women’s, gay, bisexual and transgender advocate Megan Rapinoe, nurse Sandra Lindsey, who was the first American to receive a Covid-19 vaccine, and Wilma Foote, one of the first female generals in the Air Force. USA and Sister Simone Campbell, former president of NETWORK, a Catholic organization for nuns engaged in social activities, including the right to health care.

Speaking of Campbell, whose organization has been criticized by the Vatican, including. Because of his negativity on the subject of abortion, Biden recalled his conversation with then-Pope Benedict XVI as Vice President of the United States. He stated that when the Pope asked him for advice, his answer was “Forgive me the nuns, they are more famous than you.” (PAP)