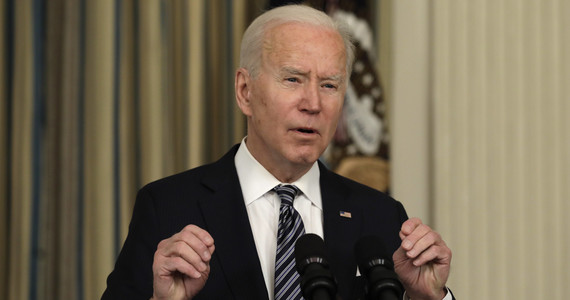 Citing the sources, Bloomberg wrote that the increase will fulfill the campaign promises of the new US president. While competing for the White House, Biden announced that “on day one” he would cancel the tax cuts introduced by the Donald Trump administration, but he has not yet done so. He also promised to impose a greater financial burden on the wealthiest Americans.

According to Bloomberg, among the planned increases are, among other things, raising the tax rate on the income of legal persons from 21 percent up to 28 percent In addition, the new administration intends to increase income taxes for those earning more than $ 400,000, and to increase property taxes. , And the introduction of a higher capital gains rate for Americans who earn at least $ 1 million a year.

An independent analysis of Biden’s tax plan by the Tax Policy Center showed that the reform would bring the budget around $ 2.1 trillion within 10 years. This amount is expected to increase government spending and finance stimulus packages throughout the coronavirus outbreak, including the last time in March, with a value of nearly $ 2 trillion.

“Biden always believed that Americans advocate a fair tax policy … We are focused on solving the problem of inequality between work and wealth,” Sarah Bianchi, a former economic advisor to the current US president, told Bloomberg.

As the White House succeeds in introducing changes to the law, the new taxes will take effect from 2022.

Biden’s proposals could face resistance from Congress. Bloomberg notes that some members of Congress have called on the administration to stop work in times of high unemployment amid the pandemic. Strong opposition is also expected from Republicans, who have traditionally opted for low taxes. Republican politicians see it as necessary to prevent the transfer of jobs and profits from the country.

Don't Miss it How long will the Fortnite movie take tomorrow? All that is known from the announcement of the sixth season today
Up Next Distance learning: Sosnowiec launches support for students, teachers and parents