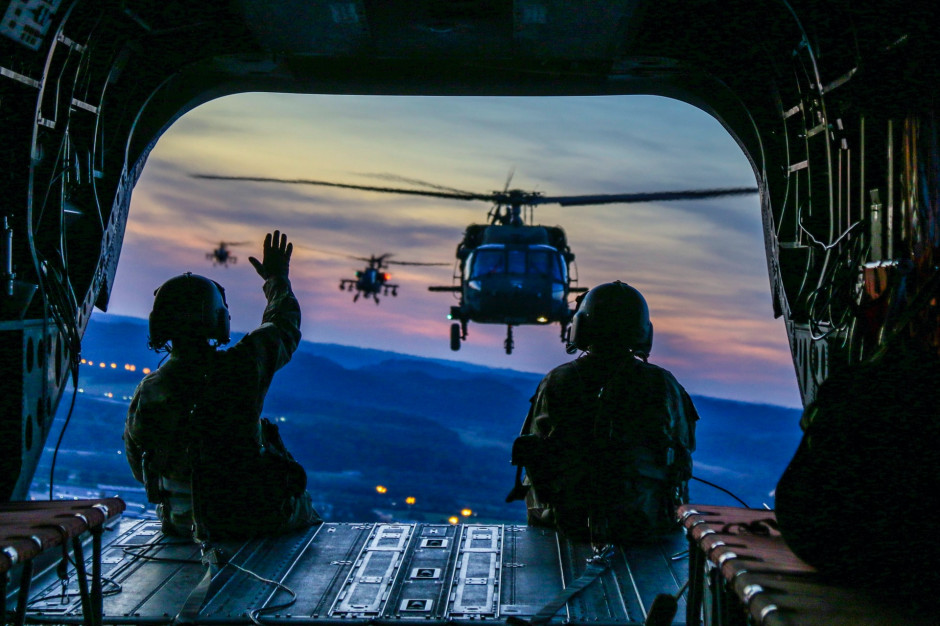 “Increasing the size of the Polish army is necessary to deter aggression from the east,” General Ben Hodges, former commander of the US Army in Europe, told PAP. He also praised the modernization of the Polish army. He stressed that “the investments made by Poland are an example that Germany and other countries should follow.” Also adm. James Stavridis.

In this way, the army commented on the recent announcements of the Polish authorities on the new defense law and the increase in the number of the Polish armed forces to 250 thousand. Soldiers.

“Polish soldiers and officers are among the best in NATO, they are very professional, trained, strong and adaptable. Of course, more of them are needed in all areas – land, sea, air, cyber, regional defense” – General Ben Hodges, who commanded the US Army in Europe In 2014-2018, today he is an expert at the Center for European Policy Analysis (CEPA).

As he indicated, if the government’s plans were implemented, the Polish army would be one of the largest in Europe, after Turkey and France. But he expressed reservations that modernization and maintaining adequate military readiness are of primary importance.

“There is no point in having a large army if the units are not well trained and equipped with modern equipment. So the government will have to find a way to fund these expanded forces without sacrificing preparedness. Preparedness should be our top priority,” he said. pointed out. He added that the US Army in the 1970s went through a period of ’empty army’, when soldiers, despite large numbers, were poorly trained and equipped,

However, according to Hodges, the size of the military is important in the context of deterring potential aggression.

“Size matters even in modern warfare. Soldiers are needed to protect and control territory and facilities, protect people and borders, and have reserves to absorb the inevitable surprises of any conflict. It’s part of the full deterrence spectrum,” he said. general. He added that the goal should be to combine conventional forces with the resilience of society and the infrastructure that would allow rapid support to NATO forces.

In his assessment of the Polish military’s development and modernization to date, Hodges said that the investments that Poland has made – the purchase of F-35 fighters, HIMARS missile artillery, or the planned purchase of Abrams tanks – are “an example that Germany and other countries should follow.”

“The modernization investments that Poland has made over the past few years and that it is making now are the key to effective deterrence,” says the general.

The former commander of NATO forces in Europe was Admiral. James Stavridis, who noted that in the current situation in the region it makes sense to increase defense spending.

“Concerns about the actions of Belarus and Russia justify the increase in the Polish armed forces,” the commander told PAP. “The size and exact composition of such an increase in numbers is, of course, a decision of the Poles themselves” – he added.

Stavridis emphasized that during his tenure as Supreme Commander of Allied Forces in Europe (SACEUR) he was very impressed with the Polish soldiers and their work in Afghanistan.

See also  This is just boldness! Germany considers the US sanctions against Nord Stream 2 an interference ... in the sovereignty of the European Union

“So I am sure that they will be able to withstand any challenge that threatens national security. I hope that these additional forces will be well integrated with NATO forces in the region,” he added.

Don't Miss it Thousands of vacancies in transportation companies. Will it be like Great Britain?
Up Next Libya: Saif al-Islam, son of Muammar Gaddafi, wants to become president

According to the agency, the United States is pressing on the gas pipeline by the German authorities. They have not…

Miami Wives is a new program in which five Polish women show us their luxurious lives in Miami. In the…

It is expected that in the event of an invasion, there will be a need for increased confidence and a…

| 2021-12-06 | GIS and software During last week’s international conference, A Year in Infrastructure, we learned about the winners…

Ramp has grown 3,000% over the past year, tripled its team in six months, and plans to triple it by…

The Omikron coronavirus variant has been detected in at least 15 US states, but the delta variety still accounts for…