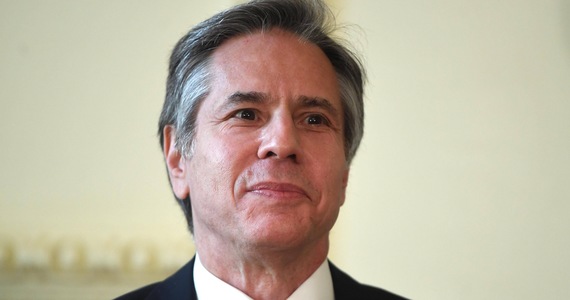 US Secretary of State Anthony Blinken said on Wednesday that Iran, Russia and China are countries where human rights are not respected. On Wednesday, the US State Department released a report on religious freedoms in 2020.

Our country’s commitment to defending freedom of religion and belief has continued for centuries today. Religious freedom, like all human rights, is universal. Everyone everywhere has the right to do so, regardless of where they live and what they believe in or not. – Blinken emphasized.

He indicated that religious freedoms have the same meaning as other rights, including freedom of expression. In his view, it cannot be fully realized if other rights are not respected. This was considered an essential component of an open and stable society.

In the opinion of the head of US diplomacy, religious freedoms are still out of reach for many people in the world. Blinken emphasized that according to the Pew Research Center think tank, very large or severe restrictions could be observed in this regard in 56 countries.

As noted in this year’s report, Iran continues to intimidate, persecute, and arrest members of minorities, including Christians, Jews and Sunnis. Russia has been accused of harassing Jehovah’s Witnesses and Muslim minorities under the pretext of fighting extremism.

Blinken noted that The Kingdom of Saudi Arabia remains the only country in the world where there is no Christian churchAlthough more than a million people of this religion live there. He also noticed that China widely criminalizes the practice of religious rites They commit crimes against humanity and commit genocide against various religious and ethnic groups.

In this context, Yu Hui, the former director of the Central Command Group for Preventing and Handling Heretical Religions, denounced his involvement in gross human rights violations and the arbitrary detention of Falun Gong Buddhists. Blinken said Yu Hui and his immediate family are ineligible to enter the United States.

The US Secretary of State has also spoken of the spread of anti-Semitism. He acknowledged that this also occurs in the United States and Europe. He also noticed signs of hate towards Muslims.

We will continue to consider all appropriate measures to enhance accountability for those responsible for human rights violations and abuses in China and elsewhere Blinken announced.

Riots in several cities in Israel. Shops and temples are under attack

Don't Miss it Chaos at American gas stations. Joe Biden issued a private decree
Up Next One of the most beautiful smartphones in all its glory. The webcam at the bottom of the screen continues the action!