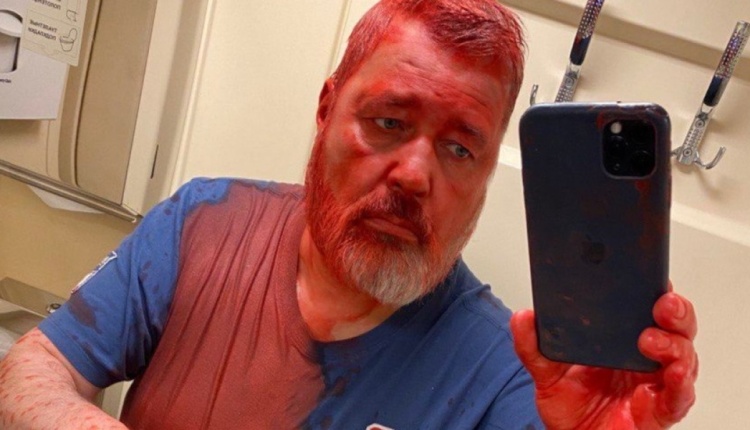 The editor-in-chief of the newspaper Novaya Gazeta was attacked on the Moscow-Samara train. Someone poured red paint with acetone into his cabin. The newspaper, led by Muradov, suspended its activities under pressure from the authorities in the Kremlin on March 28, and on April 7, a journalist was attacked.

They poured acetone paint into the room. My eyes are inflamed. Moscow-Samara train. Oily smell all over the cart. The train departure is already 30 minutes late

– Muratov then wrote in Telegram.

He wrote that the attacker shouted: “Muradov, it’s for our sons!”

Washington Post journalists previously reported that Russian security services may be behind the attack. Now, US intelligence documents on the case have been made public and agents have confirmed that, according to their findings, Putin’s men are responsible for him. – He writes for The New York Times.

On March 28, Muratov newspaper was forced to suspend its operations after a warning from Roskomnadzor about a “violation of Russian law”. It comes to reporting on the Russian invasion of Ukraine, which did not match the Kremlin’s propaganda line.

Dmitry Muratov was awarded the Nobel Peace Prize in December 2021 for his independent activity in Russia.

See also  Israel will investigate myocarditis in people vaccinated with Pfizer
Don't Miss it Russia’s strange allegations about the secret plan of Poland and the United States. It belongs to Western Ukraine – Wprost
Up Next New PS Plus – players have discovered an exploit; Sony is fighting them quietly