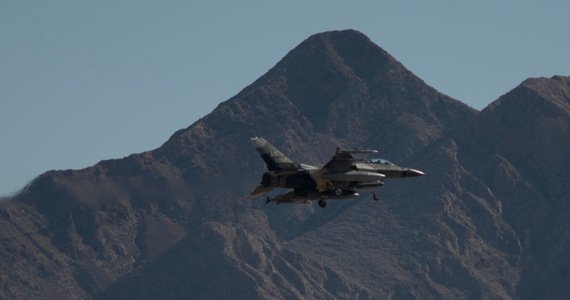 The Pentagon said the US military launched “precision raids” on pro-Iranian militias on Sunday in response to drone attacks on US personnel and facilities in Iraq.

According to the US Department of Defense, the strikes targeted operational facilities and weapons depots in two locations in Syria and one in Iraq.

Pentagon spokesman John Kirby said militias are using the facilities to launch unmanned aerial attacks against US forces in Iraq.

“As the evening’s airstrikes showed, President Biden made it clear that he would act to protect American personnel,” Kirby emphasized.

The attacks were carried out on the orders of President Joe Biden, who has ordered retaliatory strikes against pro-Iranian militias for the second time since taking office.

In February, the US Air Force launched air strikes in eastern Syria on facilities of pro-Iranian militias. This came in response to a missile attack on an air base in Iraqi Kurdistan, in which a civilian collaborating with the US military was killed. These raids were the first military operation conducted by the United States under the presidency of Joe Biden.

The London-based Syrian Observatory for Human Rights reported, on Monday morning, that at least five fighters from Iran-backed militias were killed in US air strikes on the Iraq-Syria border.

See also  US Secretary of State Anthony Blinken called for a suspension of work on Nord Stream 2. "This is a Russian geopolitical project."
Don't Miss it United kingdom. Bureau of Statistics: The percentage of gays and bisexuals is increasing
Up Next She stole her children and her mother. She later fled to Germany