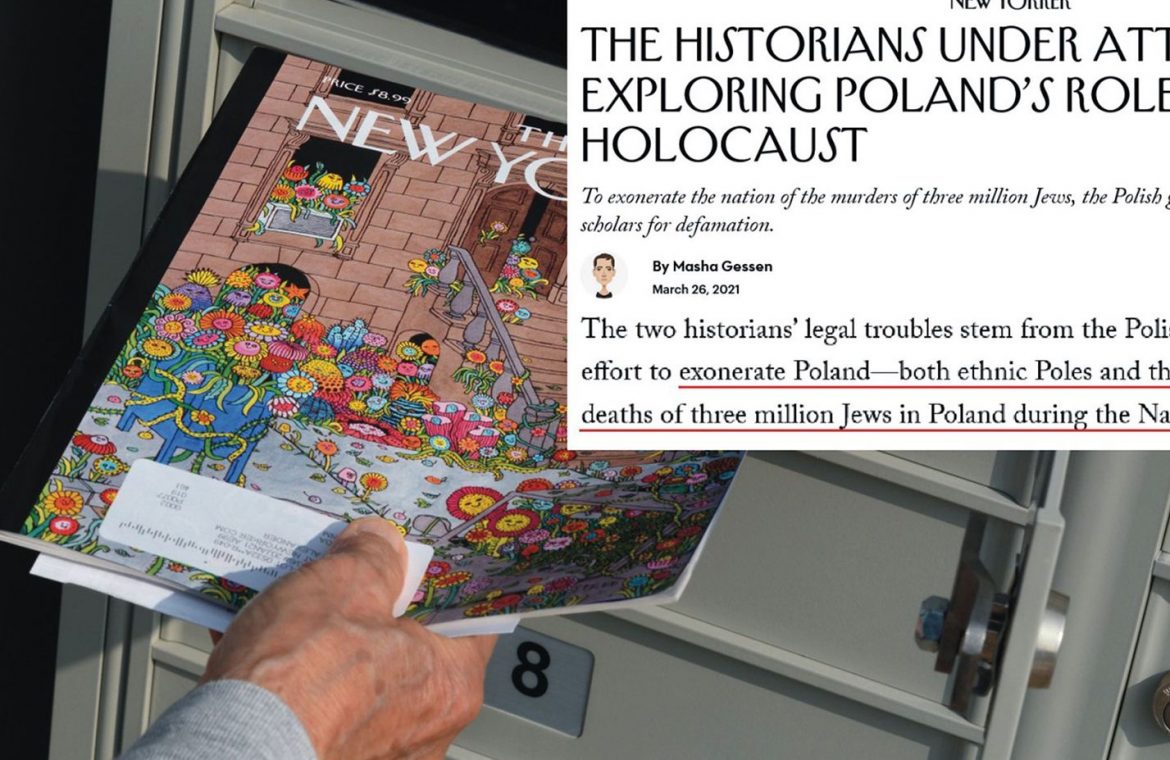 The editors of “The New Yorker” wrote an annotation under the article by Masha Gessen posted on the newspaper’s website, stating that the article has been updated to clarify the investigation against Jean-Thomas Gross.

As PAP explains, the subtitle “was updated to include a reference to the Nazi occupation of Poland and a more detailed description of potential legal threats to scholars”.

In the new version, the subtitle states: “Scholars are dealing with defamation lawsuits and potential criminal charges as part of the Polish government’s efforts to absolve the nation of any role in the killing of three million Jews during the Nazi occupation.”

See also: Group tests for coronavirus in Poland? Unclear answer from a specialist

On Saturday, the Embassy of the Republic of Poland in Washington asked the “New Yorker” editorial office to withdraw the text. Polish diplomats received no answers, but the Americans corrected the content.

The embassy spokesman, Nikodim Rachoy, said in an interview with PAP that the text was still “full of other errors.” Hence the obligatory expectation to correct or withdraw material from The New Yorker.