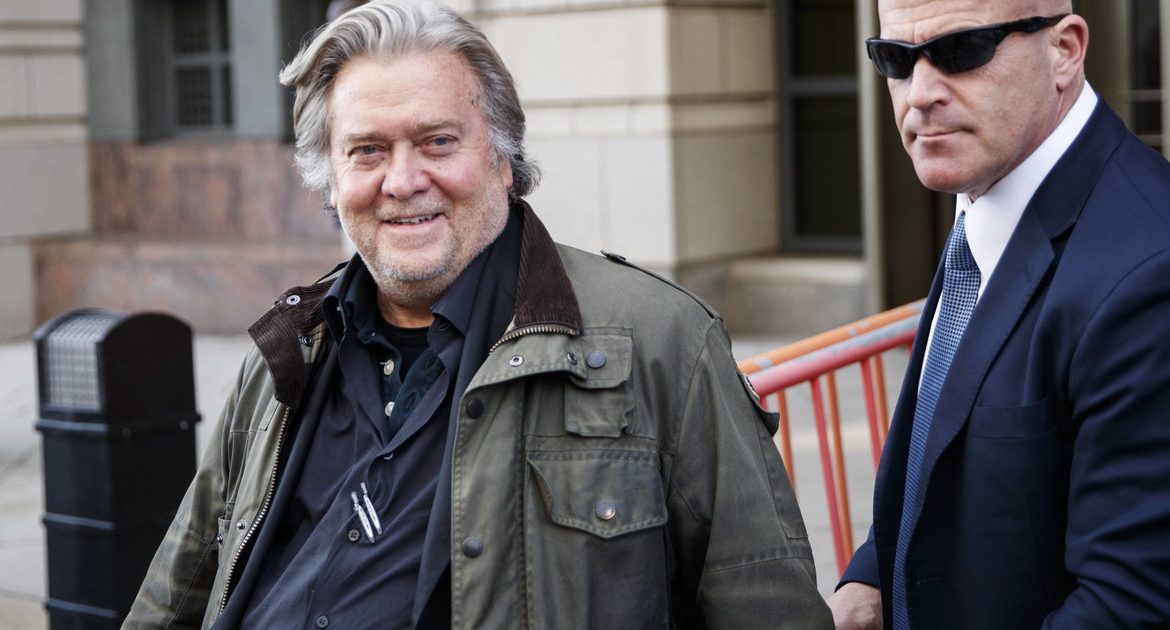 Congress requested the charges against the former Trump adviser in October after Bannon ignored a subpoena to appear before a panel investigating the circumstances of the January 6 attack on the Capitol.

A former aide to the president, who served as “chief White House strategist” at the start of Trump’s term — but was fired a few months later — said he could not testify because Trump asked him to. He referred to the so-called privilege of the executive, a legal practice that allows chiefs to protect the content of internal conversations. However, most experts believe that it only applies to current presidents.

Bannon is one of the main figures who took part in the protests that led to the storming of the Capitol. The day before the riots, he declared during his podcast that on January 6 “all hell will break down” and indicated that there would be a “revolution”. On January 5, Bannon also met with Republican members of Congress at the Willard Hotel in Washington.

Bannon’s arrest may be relevant in the course of the investigation’s further work. Mark Meadows, the former White House chief of staff, followed in his footsteps on Friday, also failing to appear before the committee, on similar grounds to Bannon’s. Other former advisers to the former president, Stephen Miller and General Mike Flynn, also announced their refusal to cooperate with the commission.

-This is great news. I think this sends an important signal to the rest of the witnesses that you can’t just ignore Congress. You may not like it, you might think you did nothing wrong at the time, but you can’t just refuse to cooperate, said Republican Adam Kinzinger, a member of CNN’s investigative committee. The politician suggested that Meadows also hear similar allegations. He added that more than 150 people had testified so far before the committee.

Don't Miss it The last moments of COP26. Joint declaration of China and the United States, Poland’s ambitious goal
Up Next Biden on the situation on the Polish-Belarusian border