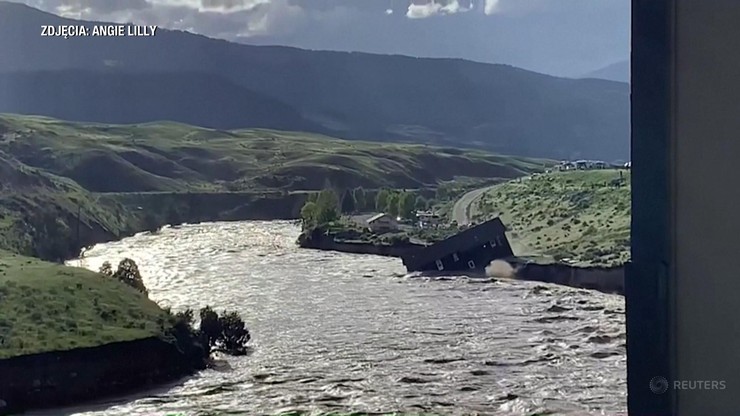 Record floods hit Yellowstone Park in the United States. Heavy rain combined with rapid melting snow caused a sharp rise in water levels in rivers. Many bridges have been broken, and some roads are impassable. Several places are isolated from the rest of the world.

There is no electricity in many areas within Yellowstone National Park. Much of the buildings and infrastructure of the parks were destroyed.

No one is reported injured to park authorities, and losses and damages are assessed. There is also no information on how many people were evacuated from the park during the flood. Yellowstone National Park is completely closed to visitors.

Melting snow, storms, and torrential rain have caused mudslides and upwelling of rivers, including the largest of the Yellowstone. The flood is considered almost historical because there hasn’t been such a level of water for decades.

Yellowstone Park is spread over three states: Wyoming, Montana, and Idaho. The worst that happened to the people of Montana. Flowing water cuts off the road to Gardiner, a town of about 900, near the confluence of the Yellowstone and Gardner Rivers, next to one of the entrances to Yellowstone Park.

Water also prevented access to Cooke City and Livingston. “It’s a flood we’ve never experienced before in our lifetimes,” said Cory Motis, a meteorologist with the National Weather Service in Montana.

The Yellowstone River at Corwin Springs test point reached 4.2 meters on Monday, more than the previous record of 3.5 meters in 1918.

A resident of Gardiner Township, one of the areas hardest hit by weather factors, recorded the moment a house was completely floating in the waves of the swollen Gardner River.

Video: Massive flooding in Yellowstone. Part of the city is cut off from the rest of the world

Weather phenomena forced the park authorities to close it immediately. Floods hit Yellowstone on the eve of its 150th anniversary and just before the first season without pandemic restrictions.

See also  North Korea. Kim Jo Jung warns US: If you want to sleep peacefully, do not make it stink | News from the world
Don't Miss it We know who will play the new Mr. Clix. Adam Nezgodka will be missing
Up Next strawberry moon today Such a superpenia does not happen often