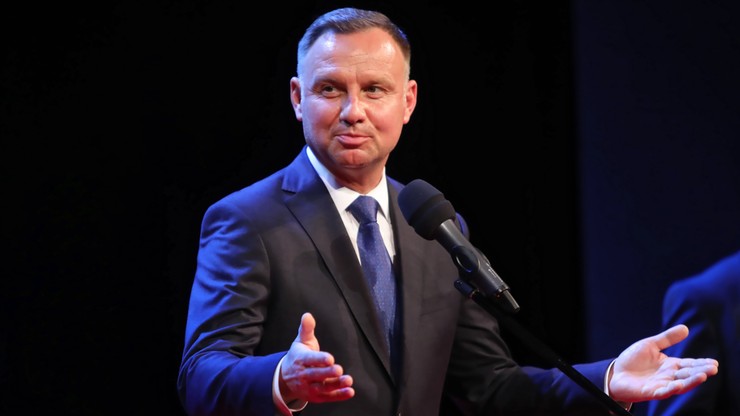 “We strongly believe that this law will significantly increase the current difficulties preventing victims and their families from claiming reparations and reparations for property illegally taken from them by Nazi Germany and the communist government in Poland,” the senators wrote in the letter.

See: Marcin Przydać: I hope Israel will come back to discuss the facts

According to PAP, the main initiator of the letter was Republican Marco Rubio of Florida, and the other authors were Democrat Tammy Baldwin of Wisconsin, Nevada Democrat Jackie Rosen and Oklahoma Republican James Lankford. The letter was also signed by eight other senators, seven Democrats and one Republican. Rubio and Baldwin are the authors of the JUST Act, which obliges the State Department to report on property restitution problems in Poland and other countries.

In the letter, the politicians appealed to the President of the Republic of Poland to take steps to withdraw the bill currently being processed in the Senate, or – if approved – to veto it. They argue that this would be the best way for Poland to show its “clear opposition to the crimes of Nazi Germany and the Soviet-backed Polish authorities”.

Politicians are drawing attention to the provisions in the draft adopted by the House of Representatives, which sets a 30-year deadline for questioning the decision to confiscate property.

See: Polish youth dump rubble in front of the Israeli embassy. “Here’s yours!”

The senators assert that Poland has so far been a “relentless” sponsor of Holocaust memorial sites and that “its democracy is a strong determinant of its continued commitment to the rule of law and human rights.”

See also  United States of America. Biden wanted to halt the deportations for 100 days. His decision was banned by the court in Texas | News from the world

The senators concluded, “We firmly believe that the partnership between the United States and Poland is stronger when we are united in our commitment to freedom and justice for the victims of crimes committed by Nazis and Communists.”

Earlier, the US State Department also called for the law to be withdrawn. The law has also been met with a backlash from Israel, according to which the law will block the way for Holocaust survivors to seek redress. Israeli Foreign Minister Jair Lapid declared the law a “disgrace” and would seriously harm relations between the two countries.

In response, the Polish Ministry of Foreign Affairs published a statement claiming that the statements of the Israeli side “demonstrate ignorance of facts and Polish law,” and that the act was in implementation of the 2015 Constitutional Court ruling. The Ministry emphasized that “the amended provisions will be applied only to administrative procedures, including reinstatement.” Privatization “but” does not in any way limit the possibility of filing civil suits for compensation.

See: The Foreign Ministry summoned the head of the Israeli embassy in Poland on Monday. It is about amending the Administrative Procedures Act

The bill is currently before the Senate, and Senate committees on Monday adopted amendments to change the most controversial provisions. It is about, for example, extending the vacant legislative period from 30 days to 3 months and enabling the continuation of actions that have already begun.

The Senate is scheduled to debate the amendment at the next meeting scheduled for this week – from Wednesday to Friday.

See also  Prime Minister Mateusz Morawiecki met with US President Joe Biden on the sidelines of the Climate Summit in Glasgow.

Don't Miss it Priyanka Chopra Lady on her way back to work. The pandemic was like a vacation for them
Up Next Netherlands: Prime Minister Mark Rutte does not want Afghan refugees