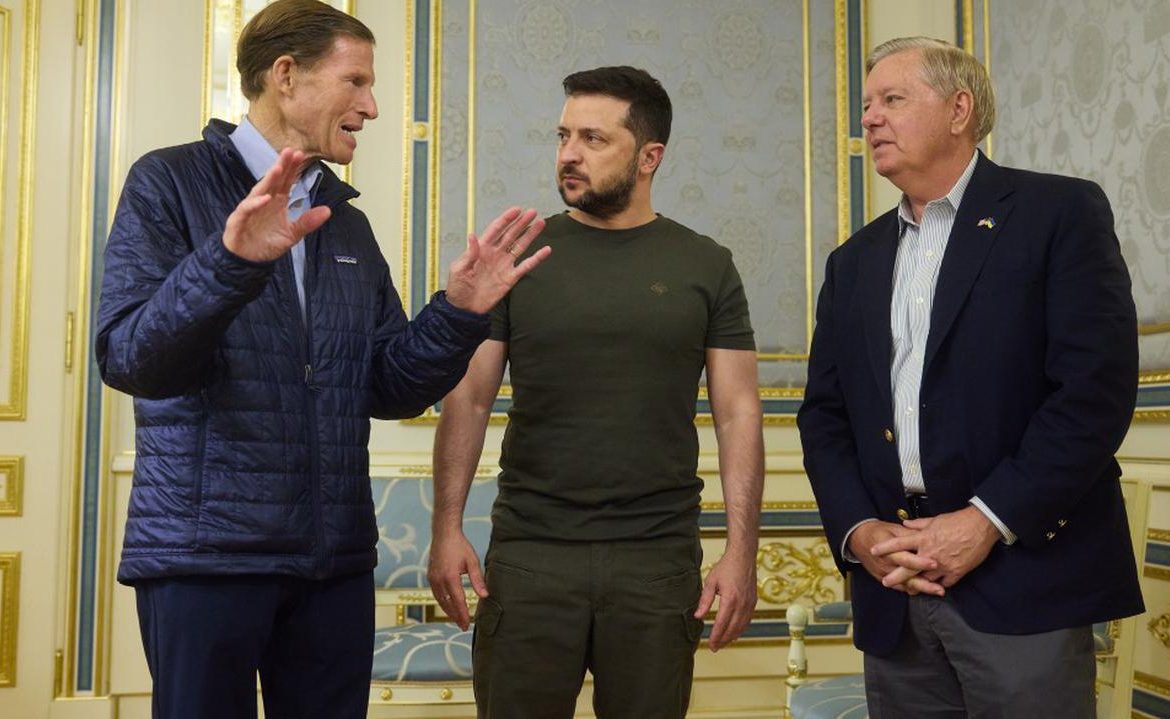 President Volodymyr Zelensky on Thursday met with Republican Senator Lindsey Graham and Democrat Richard Blumenthal. The Ukrainian leader said that his country “appreciates the support of the American parties and hopes that the US Congress will help provide modern air defense systems.”

“The support of both houses (the US Congress) and both parties is very important to us. We feel and appreciate this unity. Now the most urgent task is that by September 1 (Ukrainian) women and children can go home, children and students – to schools and universities We are counting on the support of Congress To supply modern air defense systems we must secure our skies so that our people will not be afraid to live Ukraine” – he wrote Volodymyr Zelensky in Facebook.

On the website of the President of Ukraine, it was reported that Zelensky informed representatives of the US Senate about the situation on the front, as well as about plans, the implementation of which will depend on the constant support of Ukraine from Western partners.

Local authorities reported that before meeting with the Ukrainian president, US senators visited Bucha near Kyiv. They reported that Graham and Blumenthal spoke with city council representatives about humanitarian and economic aid and the reconstruction of this city that was destroyed by Russian forces. The Bokza authorities also reported that senators had provided evidence of crimes committed against the local civilian population during the Russian occupation.

See also  USA: Ex-Boeing test pilot indicted. He faces 20 years in prison
Don't Miss it British Defense Minister: Johnson’s resignation will not reduce…
Up Next ReachBot will explore caves on Mars in the future