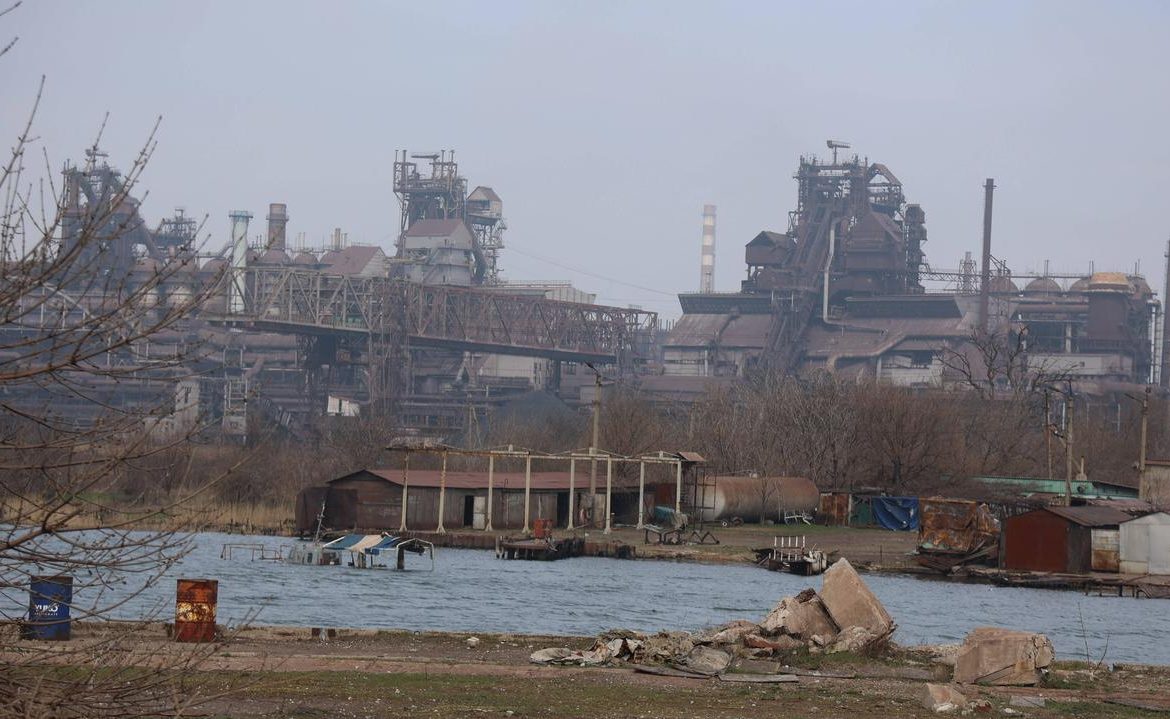 The Security Service of Ukraine (SBU) intercepted a conversation in which a Russian soldier spoke of an order from the command to “demolish” the Azovstal plant in Mariupol. – We are waiting here for “surprises” from Russia … Three tons of sky – says the commander of the platoon, which – it is reported – is located four kilometers from the factories.

The Ukrinform portal reported the intercepted conversation on Tuesday. As reported, the platoon commander, four kilometers from the factory, tells his wife this: – We are waiting for “surprises” from Russia … Three tons of heaven. They said to destroy everything on the ground .. The lieutenant colonel came and said: “You will feel it and you will hear it.”

When the commander was asked what about the civilian population, he replied that all who wanted and only the “patriotic and very wise” left.

tvn24.pl report: The 55th day of the Russian invasion of Ukraine >>>

The situation in Mariupol

The SBU noted in a telegram that “Despite the great numerical superiority, the Russian occupiers are unable to take the Ukrainian Mariupol“That is why they want to demolish the Azovstal plant, where our fighters are resisting,” she added, and, as the service assured, the Russian troops were not even prevented by the fact that civilians had taken refuge in the plant.

Mariupol is isolated from the Ukrainian forces. Since the beginning of March, it has been under siege and has been subjected to constant fire and shelling. The situation for civilians is catastrophic. According to conservative estimates, as many as 20,000 people may have died there so far.

See also  Germany: Merkel learned that the man behind the Wirecard scandal was hiding in Moscow

Ukrainian website Pravda reported that according to information received on Monday, several civilians, including women and children, are hiding in the basement of the Azovstal plant.

>>> Separatists break into Azovstal plants. They want to get one of the last points of the Ukrainian resistance in Mariupol

On Sunday, the defenders of Mariupol rejected the ultimatum issued by the Russians: surrender in exchange for saving their lives. The Russian Defense Ministry renewed its alert on Tuesday. “Anyone who laid down their arms will ensure their survival,” the ministry was quoted by Reuters as saying. The defenders of Azovstal were given time until noon (11 am in Poland). There is no information that defenders will agree to it.

Don't Miss it Russia’s attack on Ukraine. The United States will train Ukrainian artillerymen. The German chancellor called for decisive action
Up Next Xbox Game Pass with 7 new games. Microsoft revealed the next production for the month of April