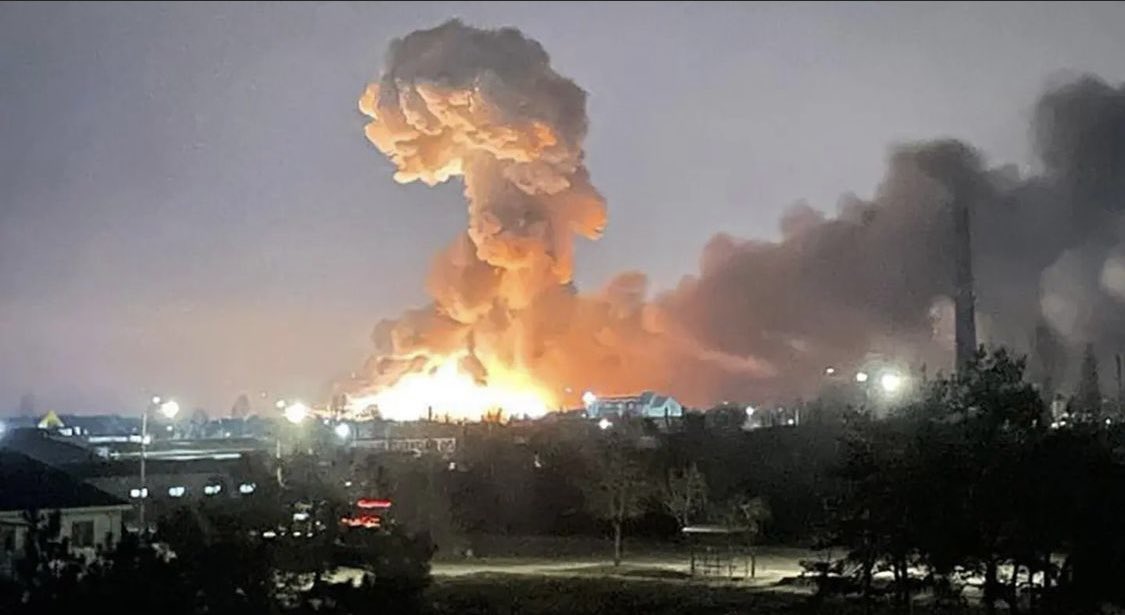 Great Britain clearly states that it supports Ukraine, but does not intend to send its military units to this country because Ukraine is not a member of NATO, he explains.

Since the morning, the British media have been talking about explosions, among other things, in Kyiv and around the Donbass. Boris Johnson announced “decisive economic steps” towards Russia, especially towards the Kremlin periphery.
Vladimir Putin intends to rebuild his empire. “He should have been aware of the huge cost of his military decisions,” James Clearley, Boris Johnson’s minister for Europe, told Sky News.

“I am appalled by the horrific news out of Ukraine,” Boris Johnson declared today. I spoke with President Zelensky to agree on the next steps. President Putin chose the path strewn with bloodshed, launching an unprovoked military attack on Ukraine. My country and our allies will respond decisively to this situation.”

The United Kingdom has announced sanctions against five small lenders and three friends of Putin who are already on the US sanctions list. However, journalists from the Financial Times believe such steps are ineffective and even alarming, as they will only embolden Putin and increase his diplomatic pressure on world leaders, while Europe faces one of the worst security crises in decades.

A column of Russian tanks entered the Lugansk region: the fighting continues

However, Liz Truss, the British Foreign Secretary, defends this economic strategy, reserving the possibility of further steps by the UK should Russia intensify its military attacks. Britain argues that it intends to keep more economic pressure measures on Putin if the situation escalates on NATO’s eastern flanks.

There appears to be a clear reluctance on the part of the British to end lucrative relations with the Kremlin-backed institutions and the Russian oligarchy. Journalists in the Financial Times wrote today that Russia’s relations with British banks, law firms, PR agencies, universities and politicians – were probably falsified with good intentions, but the current influence of people linked to the Kremlin in London is horrifying.

There is even talk of the economic and political potential of “Londongrad”. The crisis in Ukraine has brought many countries to justice on several levels. For Britain, it should be a wake-up call for whomever the country wants to deal with. The UK has been selling schools, football clubs and real estate to the highest bidder for a very long time, without even thinking or asking who is behind this huge investment.
Great Britain”.

The United Kingdom has just introduced a temporary visa allowance to family members of British nationals who are currently living in Ukraine and wish to move to the United Kingdom. Applications can be submitted online. In the first hours of operation of the site, a large load was registered, which caused great difficulties in submitting applications online. Commentators note, however, that these are still insufficient aid measures directed by Great Britain towards Ukraine.

See also  In this way, the largest audiences in the world will reach the COP26 climate summit in Glasgow

Don't Miss it Aldi Bag Checkout Hack Amazes TikTok Viewers
Up Next The Russians opened fire on a mosque in Mariupol. Inside were Turkish citizens, including children