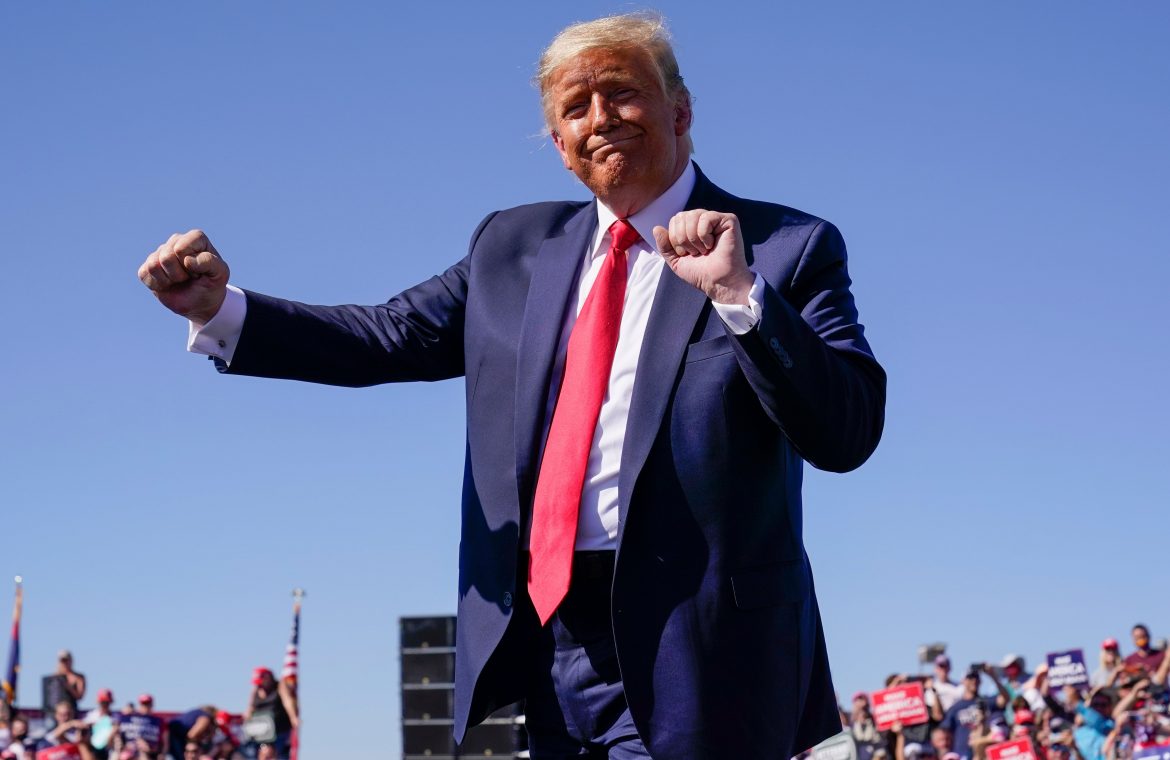 The record company representing The Village People will initiate legal proceedings against Donald Trump, whose use of the song “YMCA” in election rallies is said to have been unauthorized.

The lawyers will file a complaint “within the next few days”, France Media It came Thursday following the Republican president’s use of the 1978 disco anthem.

The 73-year-old had danced on the YMCA at recent rallies, which watched him and the song – widely regarded as a gay anthem – became viral on social media.

Lawyer Richard Malka said Thursday that the rights holders, including the Parisian record company Scorpio Music, were said to have “surprisingly discovered this misappropriation.”

“Moreover, for partisan and electoral purposes in favor of Donald Trump, which they would never have accepted,” Malka said.

He added that the unauthorized use of the song “will be the subject of a complaint in the next few days, in both France and the United States, against any novice or complicit in what constitutes an outright theft of others’ property.”

Scorpio Music, a French music record and record company, was founded in 1976 by Henri Belolo, who co-founded The Village People and co-wrote YMCA with another French writer, Jacques Moraly, and Village People lead singer Victor Willis.

Mr Willis said recently that neither he nor the band endorsed Mr Trump, and that they had asked his campaign to stop using their songs.

See also  Chris Kogovsky - who is he? The youngest son of a famous musician is also a career in show business!

“Democrat or Republican, they all love the YMCA, which is something that makes me very happy,” added Mr. Willis.

The song became a popular disco anthem of the 1970s and 1980s, and saw the band become the standard-bearer of the international gay community.

The Village People achieved success on both sides of the Atlantic throughout the 1970s with “YMCA,” “In the Navy,” and “Macho Man” – another song recently added to Mr. Trump’s presidential campaign playlist.

According to th News agencyThe Village People said several months ago that they are not against Mr Trump using their songs, but that “they prefer[ed] Our music remains far from politics. “