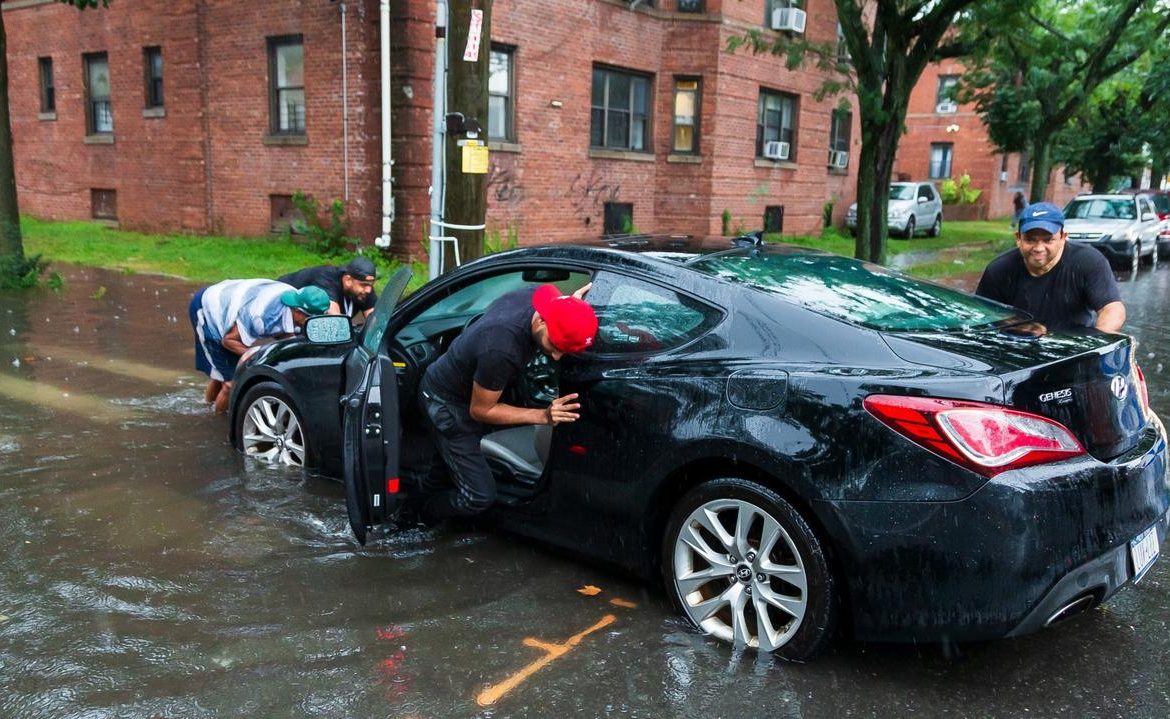 The northeastern United States was hit by Tropical Storm Henry. An element previously classified as a Category 1 hurricane weakened before it hit the ground. More than 100,000 customers from New Jersey to Maine were without power on Sunday. Hundreds of flights have been canceled at New York Airport. Heavy rain fell in the streets.

Hurricane Henry weakened to a tropical storm before it reached shore. It struck Sunday evening Polish time near Westerly, Rhode Island. The National Hurricane Center (NHC) reported wind speeds at that point were 95 kilometers per hour.

Hundreds of flights were canceled at New York City airports on Sunday. The states of New York and New Jersey flooded the roads. “Newark firefighters and police have rescued 86 people, including 16 children, after several vehicles were submerged by the floods,” the New York Daily wrote, citing the Newark Department of Public Safety.

“On Sunday in the New Jersey to Maine area, 140,000 utility customers were without power,” the New York Times reported.

On Saturday evening, even before the elements showed up, a violent hurricane-warning halted the “We Love NYC: The Homecoming Concert” concert in New York’s Central Park, which symbolizes New York’s return to normal after the COVID-19 pandemic.

According to Josh Weiss, a meteorologist from the NWS, on that day a record was set for each hour of total precipitation in Central Park, which amounted to more than 49 liters of water per square meter, and daily – 113 liters / square metre.

So far, the strength of the element has weakened enough to classify it as a tropical depression, but that’s not the end of the heavy rainfall in the northeastern United States. As Brian Hurley, a meteorologist with the National Weather Service, warned, “There is a risk of flash floods.”