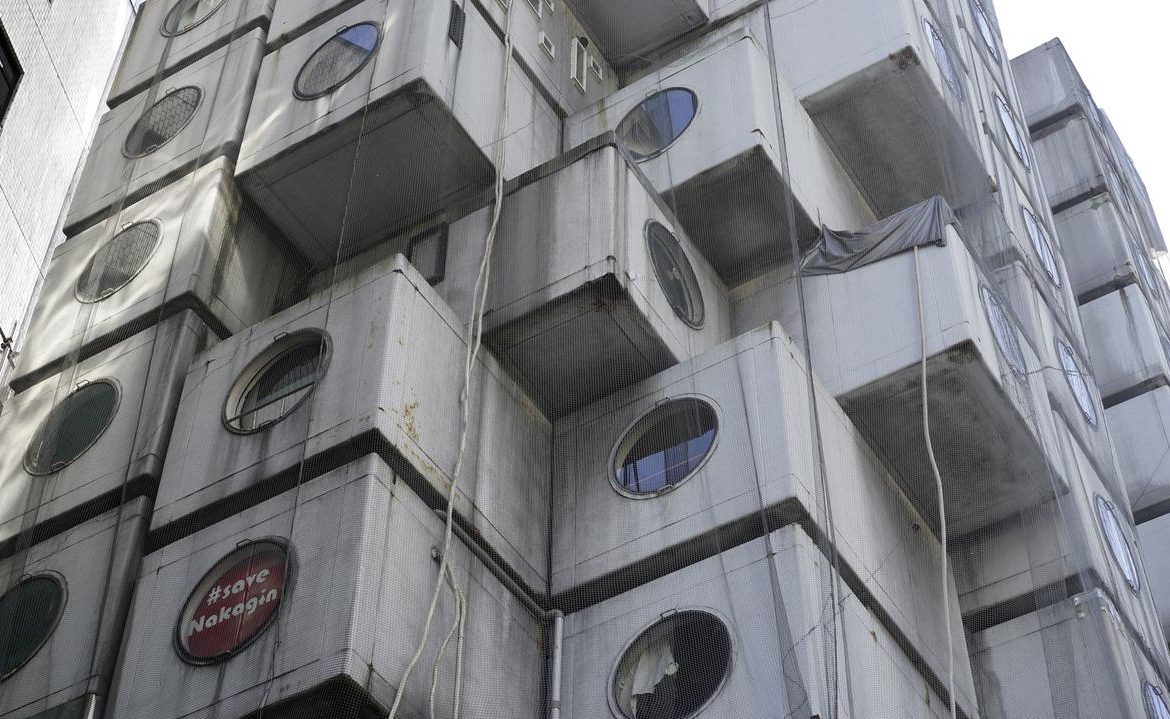 Japan’s iconic Nakagin Tower, one of Tokyo’s most iconic buildings, is set to be dismantled soon. Some of its units are still used as housing for future tenants. Others will become museum exhibits. This perfect example of metabolic engineering has fallen into disrepair for years. This trend in architecture began in the 1960s in Japan.

Designed by architect Kisho Kurokawa, the Nakagin Capsule Tower was built in 1972. The thirteen-storey skyscraper consists of 140 interchangeable units with dimensions of 4×2.5 m. It is the first building in the world to be designed in this way.

Microscopic rooms in units are used as apartments or office spaces for individuals. Each tiny house is equipped with built-in furniture, including a bed, wardrobes, stove, refrigerator, telephone and Sony tape recorder. Bathrooms even have small sinks.

The skyscraper designer originally assumed that the modules should be renovated and renewed every 25 years. And now, due to its poor condition, the building will be dismantled. Nothing has been done to keep the building in good condition for over 47 years.

Some units will remain in use for living purposes, while others will go to the collections of Japanese museums. One unit is already on display at the Saitama Museum of Modern Art in Japan, and the Center Pompidou in Paris is also considering acquiring such an exhibition.

See also  UK: Despite summons, Foreign Office chief did not return from leave when Kabul collapsed
Don't Miss it Russian Defense Ministry: An American ship tried to enter the sea border
Up Next A ninth planet, or maybe a black hole?