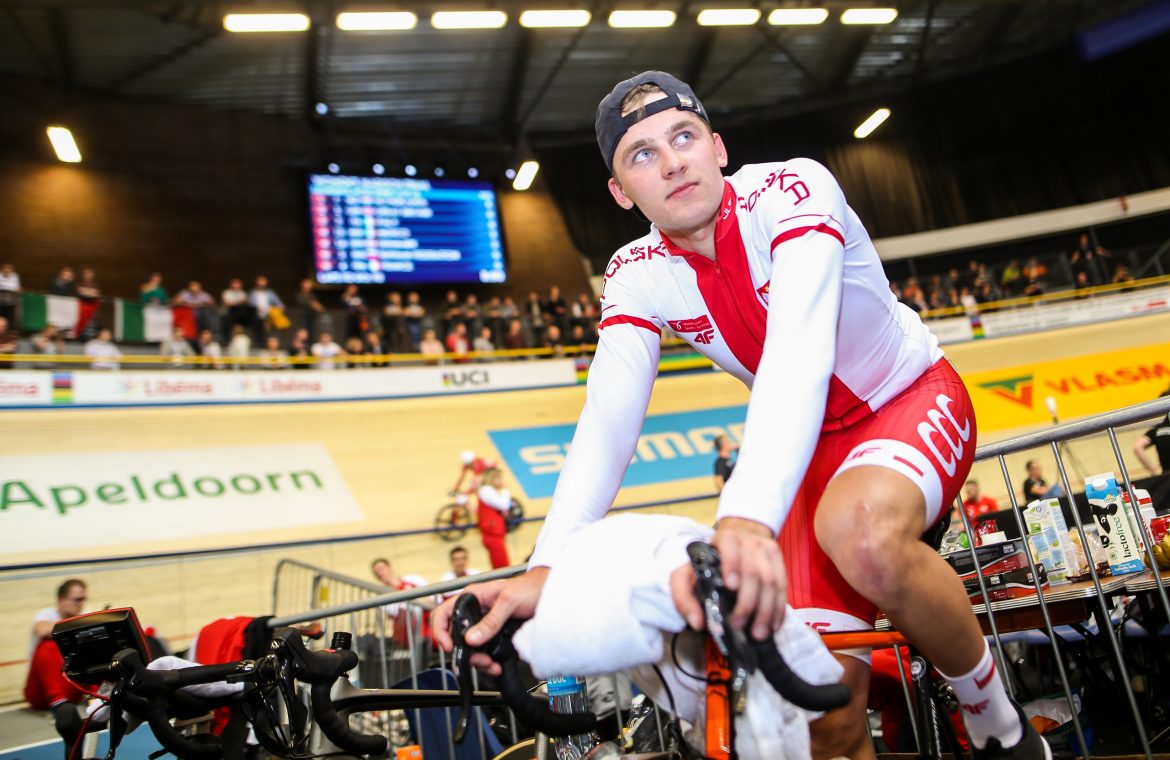 Szymon Sajnok placed 16th in the all-around event (Omnium) at the 2020 Tokyo Olympics. The winner was Matthew Walls.

In the scratch that started the multiplayer game, the contenders doubled for places from first to fifth: Matthew Wales, Benjamin Thomas, Jan Willem van Schep, Artyom Zacharo and Niklas Larsen. In the third and fourth minutes Simon Sagnok and David Marie tried to catch up, but were soon caught by the peloton. The pole took 14th place, and in the tempo race, the world champion since 2018 won by one finish and finished 9th. Van Schep scored the most points, followed by Thomas Wales in third.

In the last points race, Campbell Stewart scored the most points. The 2019 World Championships Pruszków gold medalist moved from seventh place, after the 3/4 all-out event, to second place. The New Zealander cut two laps and jumped into the top three in the aluminum general classification before the end of the competition. Viviani has also been upgraded to TOP3. This time the Olympic champion from Rio de Janeiro won a bronze medal – after winning the Australian race, he was sixth in the overall standings. The walls kept the lead. The representative of Great Britain definitely won with 153 points achievements. Stewart scored 129 points and Vivani 124. Sagnok ranked 16th (48 points).

In the three quarter-finals, there was no need to play a third round, the winners were selected after two. The results were 2: 0 in the matches: Hoagland – Weger, Lafrisen – Kenny, Carlin – Levy. The duel between Paul and Dmitriev turned out to be the most fierce. The 200m world record holder from the rolling start took the lead, but the promotion was finally won by Rossi.

Don't Miss it Saints Row is getting a reboot, there’s a trailer and a release date
Up Next Prototyping School – We encourage you to get involved! – Ministry of Education and Science