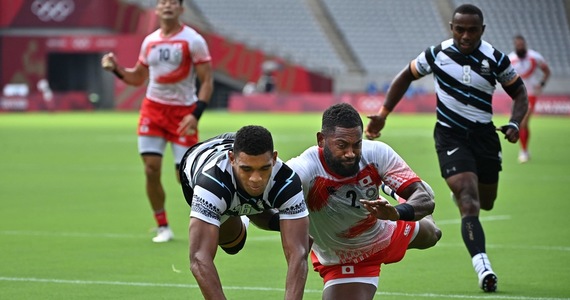 Rugby is a fairly old Olympic sport, but it only competed between 1900 and 1924 in the 15-man version. Then the United States won two gold medals, one each for France and Australia (the combined forces of Australia and New Zealand won in 1920). Apart from them, Great Britain and Romania also competed, and there was no doubt about the exotic teams of the Pacific islands.

However, these countries are very strong in rugby, especially in seven-person rugby. In this form, in 2016 in Rio de Janeiro, she returned to the Olympic arenas, and then gold in beautiful style was won by the representatives of Fiji.

Rugby is a national sport in Fiji, as are Samoa, Tonga, and many more. However, the Samoans and Tonga did not reach the level worthy of the games, and Fiji did. The start of the Fijians in the 2016 Olympics was their absolute show. In the group they beat Brazil, Argentina and the United States, then beat New Zealand 12-7, Japan 20-5 in the semi-finals, and in the unforgettable final, they defeated the UK team 43-7 after an amazing show of strength.

Now, Fiji enters the Tokyo Games as one of the favorites, and in the first match the Pacific Rugby players won the Japanese team again 24-19. In the second match, the defenders of the cup dealt with the Canadian team. Already in this group stage, there will be a successful duel of the Fiji team with the second favorite big team, Great Britain. The British staff consisted of nine Englishmen and four Scots. Five years ago in Rio, it was eight times English, two Scots, two Welsh.

Fiji has competed in the Olympic Games since Melbourne in 1956. She won only that one medal in rugby in Rio de Janeiro.

Also Read: They Waited 41 Years for an Olympic Bid. All because of the boycott

The biggest win of the tournament went to the New Zealanders, who were outraged by the defeat in 2016, crushing the Koreans 50-5. Australia’s defeats come as no surprise, as they are not specialized in seven-person rugby.

Don't Miss it EA explains why FIFA 22 on PC will be worse than on consoles
Up Next Learn to sew on a machine – the basics and the beginnings. Part 1