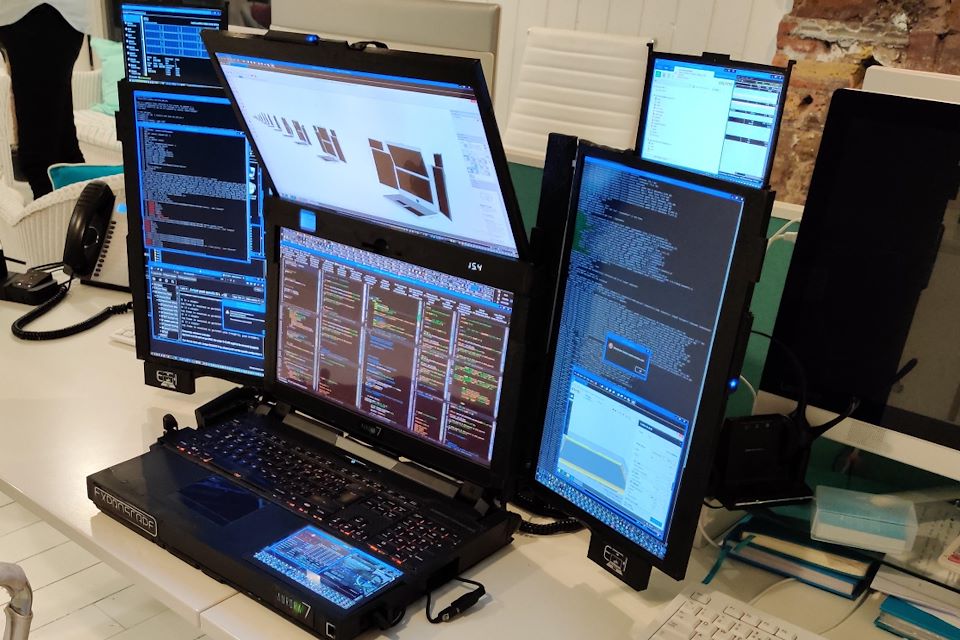 Many of us prefer to work with more than one screen or screen. The second screen may sometimes be necessary in some professions – analytical and programming. What if we gave these seven screens? This is what the British company Expanscape, who created a laptop prototype with many screens, dared.

Aurora 7 is a true giant. In the middle we have a conventional 4K screen with a diagonal of 17.3 inches. Above it is another screen with the same parameters. On the sides, we also have 17.3-inch 4K screens, but they are placed in a vertical plane.

There is no doubt that many monitors require high computing power – and they are provided by the heavily modified Intel i9-9900 processor. Unfortunately, the fact that only one Nvidia GTX 1060 accelerator was used as a graphics chip is a bit disappointing. The news will hardly appear on one screen – let alone many at once.

The device is very demanding on power and must be powered by two batteries – one with a capacity of 82 watts and the other for monitors (with a capacity of 142 watts). If we run it at a reduced processor hour speed – it will last about an hour on the battery. On the other hand, if we change the processor clock to maximum 4GHz – it will only take 28 minutes.

Who needs such a laptop anyway? It looks like Expanscape created it because … it can. And there may actually be some professions in which these seven screens may be useful.

Interestingly – despite the fact that the Expanscape Aurora 7 is a prototype and we will not find it on store shelves, we can only order it directly from the manufacturer.