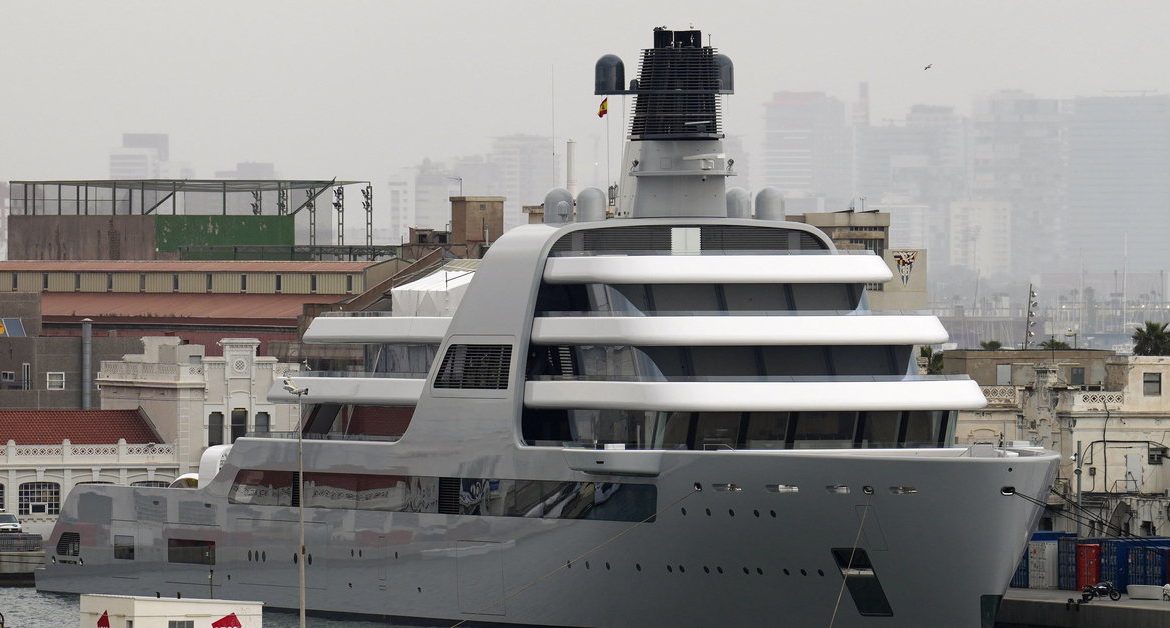 In connection with the Russian invasion of Ukraine, sanctions were imposed on the Russian oligarchy, and EU authorities confiscate their property, including luxury yachts. However, Roman Abramovich’s yacht is “loose”.

The 140-meter tall Solaris was built in 2021 in Germany, specifically at the Lloyd Werft shipyard. It is worth about $600 million. According to Reuters, it is flying the Bermuda flag. According to data from the Maritime Traffic Control Service, which was reported by Reuters, it appears that On March 8, she left the Barcelona shipyard, where it was undergoing renovation.

March 13 Solaris set sail from Tivat, Montenegro, later flew Greece, Crete. The data shows that Abramovich’s yacht was on Monday Only 3 km from the coast of Turkey and headed towards the resort of Datca.

According to Reuters, Solaris, according to publications on luxury oligarchs, is only one of Roman Abramovich’s yachts. Another well-known “toy” is the 162-meter Eclipse yacht dating from 2010. This, according to observation data, continues to sail through Crete.

See also  Coronavirus and influenza season in Great Britain. Vaccination against influenza and COVID-19. Health Minister Sajid Javid warns
Don't Miss it Windows 11 and the watermark on the wallpaper. Coming to PC soon
Up Next There is a decision from the British government. Russian athletes like Putin