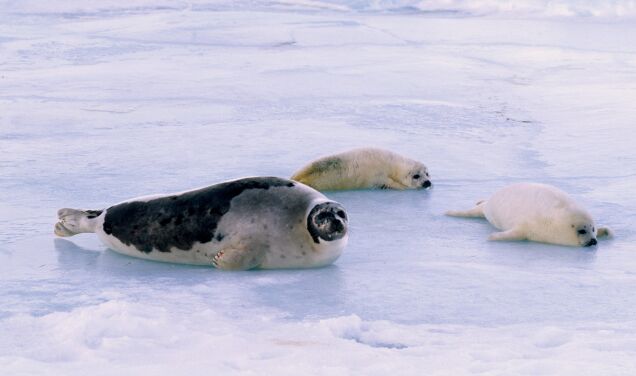 March is when the seals give birth on the Canadian east coast. Every year, on average, it kills three hundred thousand people there. They are killed with a baton before they learn to swim. “98 percent of the seals killed are less than three months old, and in commercial hunting, hunters kill as many animals as possible without verifying (later) whether they are dead,” said Rebecca Aldworth of Human Society International Canada. An animal rights activist is now encouraged to sign a petition to the government to ban such hunting.

According to our information, it is the seal hunting that relates to the bulk of the letters and inquiries directed to the Canadian government. Aldworth added that it is important for the government to consistently receive the message that the stalking is unacceptable, so that the problem cannot be underestimated. The first severe reports of several weeks of seals being killed with batons appeared in the early 1960s.

“The Government of Canada supports sustainable and humane seal hunting and recognizes its importance for indigenous, rural and coastal communities,” the Ministry of Fisheries and Oceans press office said. He pointed to regulations that the veterinary services had put in place and implemented in 2009 to prevent inhuman hunting.

Meanwhile, according to two 2007 reports from Veterinary Services citing HSI, commercial hunting is inhuman, and there are cases of live animal skinning. According to the HSI website, an estimated one million seals have died during the spring fishing season in Canada over the past five years, most of them Greenland seals (Pagophilus groenlandicus).

In 2009, the European Union banned the import of seal products specifically due to the rigors of commercial fishing. An exception applies to the import of dead seals products in traditional Inuit hunting, among other things. Canada filed a case with the World Trade Organization, but the World Trade Organization concluded in 2014 that EU regulations on animal treatment “are necessary to protect morals.”

In early 2011, Canada signed an agreement with China to export seal meat, sealskin fat and hides. However, Aldworth said, “Films documenting the killing of petite seals reached the media, and the exports were seen as attempts to turn China into a rubbish bin for goods not sold anywhere else.”

When the European Union imposed a ban on imports, the Canadian government said fishing created about 6,000 jobs and profits from fishing ranged between $ 35-40 million. HSI says the government subsidizes commercial fishing with millions of dollars. But the Ministry of Fisheries and Oceans said, “The Canadian government does not support seal hunting.”

For Inuit, seal hunting is part of the tradition. As Angus Andersen explained a few days ago on social media, who provides a lot of information about traditional life, in Labrador, seals are not hunted in March because they are born young, and abstaining from hunting shows a respect for nature.

– This stalking cannot be compared. An Inuit hunter, if he has a good day, will hunt one seal. Commercial hunter – several hundred. Aldworth noted that Innuit will use every portion of the seals they catch, and the only product that commercial hunters are interested in is fur.

See also  Canary Islands. In La Palma, lava flows from the volcano again, and from it huge blocks of rock, like buildings | News from the world

“One day it might turn out that the seal population is just collapsing.”

Animal rights activists point to additional reasons that may speed up the end of commercial hunting.

The first is the lack of interest. “There is no new generation of fishers, markets are closing, and there is no future for commercial fishing,” said Aldworth. The Department of Fisheries and Oceans reports that “participation in seal hunting and demand for seal products is low, and the number of animals caught remains within limits to maintain populations, as recommended by the scientists.” Since 2016, fishing quotas have not been set and recommendations have not been overlooked.

The second is the growing awareness of the epidemic of the complexity of ecosystems. Aldsworth stressed that in the world “there is a reassessment of the relationship between people and nature, and people understand more and more that one cannot destroy the environment with impunity.”

And the third is climate change and declining areas where seals can survive and raise children. Canadian media reported that in northern Labrador, for example, ice, which should be 1 meter thick at this time of year, is only 15 cm thick. Meanwhile, seals need ice roofs to bear and raise babies. “One day, the seal clans might collapse,” added Aldsworth.

Don't Miss it An important change is underway fermentation. It will be more secure
Up Next Scammers are on the way. Film review available on Netflix