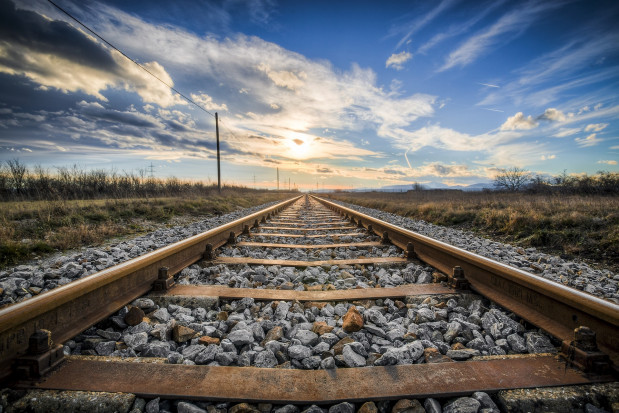 The Director of Railway Infrastructure, PKP PLK, announced the tender for the preparation of pre-design documents for the expansion of the Katowice – Gliwice link on the E 30 main railway line. The analysis should be, inter alia, the construction of new conglomerate routes and new terminals.

The 30 km Katowice-Gliwice connection is the main transportation backbone of Upper Silesian cities and is part of the most important S1 line at Collegi, Slaski. In the future, it will also be one of the two main tracks of the Metropolitan Railway (next to the Dąbrowa Górnicza – Tychy road), the development of which has hitherto been prevented due to cumbersome rail capacity.

As the PLK reported on Friday, the assumption of the planned investment on the Katowice-Gliwice line is to separate agglomeration and long-distance traffic, which will contribute to increased capacity. This, in turn, would allow more passenger communications, as well as more cargo to be transported.

From 2013 to 2016, PLK gradually renewed the railway line from Gliwice to Katowice. In December 2014, works between Gliwice and Chorzów Batory were completed, in 2015 the Katowice – Chorzów Batory section was renewed, and in 2016 the tracks of the Gliwice station. Investments made it possible to speed up trains and shorten the journey by about 30-35 minutes. Up to 20-26 minutes.

The topic of current analyzes is to further reduce train travel times. Assumptions will include increasing the accessibility of rail transport in congregations and regional traffic and adapting stations and stops to meet the needs of people with limited mobility. The study contractors will also analyze the improvement of freight transportation – in terms of heavier and longer freight trains (up to 750 meters), incl. In international relations.

Initial proposals developed as part of the study will be consulted with carriers that operate or intend to provide connections on the Katowice – Gleevice line, which will allow for anticipated passenger and freight traffic needs to be taken into account when defining the concept of investment variables. The study work will determine the scope of the project, its implications and costs for its implementation.

“The assumed deadline for carrying out the study work is 2021-2023. The task is to be carried out in cooperation with Metropolis GZM. The development of design documents and construction work can be carried out in the new financial perspective” – ​​said Katarzyna Goaka of the PLK press office.

The information provided by the GZM confirms the key role of building separate tracks, allowing for an increase in the frequency of operation of agglomerate trains. “Building a separate track on the Gliwice-Katowice road is of great importance for the future Metropolitan Railway,” said a quoted member of the Metropolis Council of Public Transport Grzegorz Kwiatek.

“Thanks to its creation, it will be possible to introduce a standard that we are striving for to operate trains within the city every few minutes” – added Kvitek, explaining that other studies related, among other things, will take the stops planned under the Kolej Plus program on this route in Consider already constructing it on a four-path line, not a two-path line.

At the beginning of February this year. PLK has ordered similar pre-design documentation for the Katowice – Sosnowiec Jęzor division on the E 30 line from Katowice to Krakow. This connection is currently in the final stage of modernization, but it only covers the section that transcends Upper Silesia: from Sosnowiec Jzor to Krakow. The documents, which have a net value of 7.7 million PLN, will be prepared by the fourth quarter of 2023.

Earlier, in 2019 and 2020, the PLK ordered such studies, among others, for the railway divisions Bytom – Opole, Katowice Ligota – Tychy (also important for Metropolitan Railway) and Czechowice-Dziedzice – Zwardoń.

For the second half of this year. The company announces the announcement of tenders which include, among other things, the construction of new conglomerate paths in the Bzdzin – Katowice – Katowice Ligota division. Documentation of these investments is ready.

See also  Useful for Poland to enter the eurozone? 'Opinions are divided'

Don't Miss it Online education. How many students are not logged into the class? There is data
Up Next Apex Legends with bad Nintendo Switch reviews. Bugs, terrible optimization, and low resolution