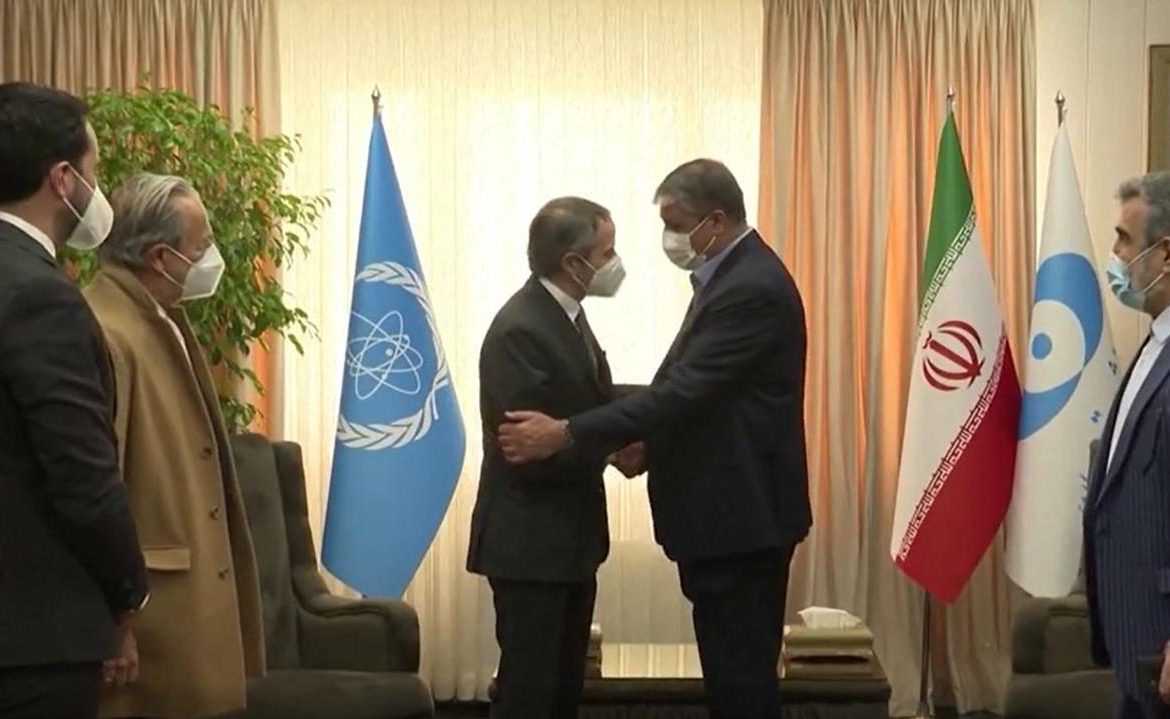 France, the United Kingdom, Germany and the United States on Wednesday called on Iran to comply without delay with the International Atomic Energy Agency’s decision. Earlier, Iran submitted to the United States a new proposal to revive the 2015 nuclear deal.

“We’re calling IranTo listen to the international community’s call to fulfill and cooperate with legal obligations International Atomic Energy Agency With a view to fully clarifying and resolving the problems without further delay ”- stated in the joint statement of France, Great BritainGermany and from the United States.

“If Iran does that and the Director General of the International Atomic Energy Agency is able to declare that the outstanding security issues are no longer outstanding, we will see no need for further study and action by the Council on these matters,” he added.

Iranian Foreign Minister Hossein Amir Abdollahian announced that his country has submitted a new proposal to the United States to revive the 2015 nuclear deal, Iranian state TV reported on Wednesday.

In turn, the Atomic Energy Organization of Iran (AEOI) announced that it had cut off the surveillance cameras installed by the International Atomic Energy Agency at Iran’s nuclear facilities. It is alleged that this is Tehran’s response to the accusations of European countries and the United States of not cooperating on nuclear issues.

“Many surveillance cameras at nuclear facilities in this country have been disconnected,” the authority announced in a press release, without revealing its number or where the devices stopped working. But Tehran confirmed that “more than 80 percent of the cameras installed by the International Atomic Energy Agency in Iran are working in accordance with the security agreement and will continue to work as before.”

The Board of Governors of the International Atomic Energy Agency on Wednesday approved by a large majority in Vienna a resolution criticizing Iran for failing to explain traces of uranium found at three undisclosed sites.

According to Reuters, only two countries Russia China opposed the text of the document initiated by the United States, Britain, France and Germany. 30 countries voted in favor of it and three countries abstained, namely India, Libya and Pakistan.

The document said the council “expresses deep concern” that the effects of uranium remain unjustified due to insufficient cooperation by Iran, and calls on Tehran to “engage in oversight” of its nuclear program without delay.

Months-long talks in Iran, and in Vienna, with France, Great Britain, Germany, China and Russia, and indirectly with the United States, on reviving the 2015 nuclear deal have been suspended, and several rounds of negotiations have so far failed to bring an agreement.

See also  Brexit: A pressing problem with the Spain-British border in Gibraltar
Don't Miss it President Biden opens the Ninth Summit of the Americas in Los Angeles
Up Next Forza Horizon 5 – The first expansion pack has been leaked on Steam. Players complain: ‘Same again’