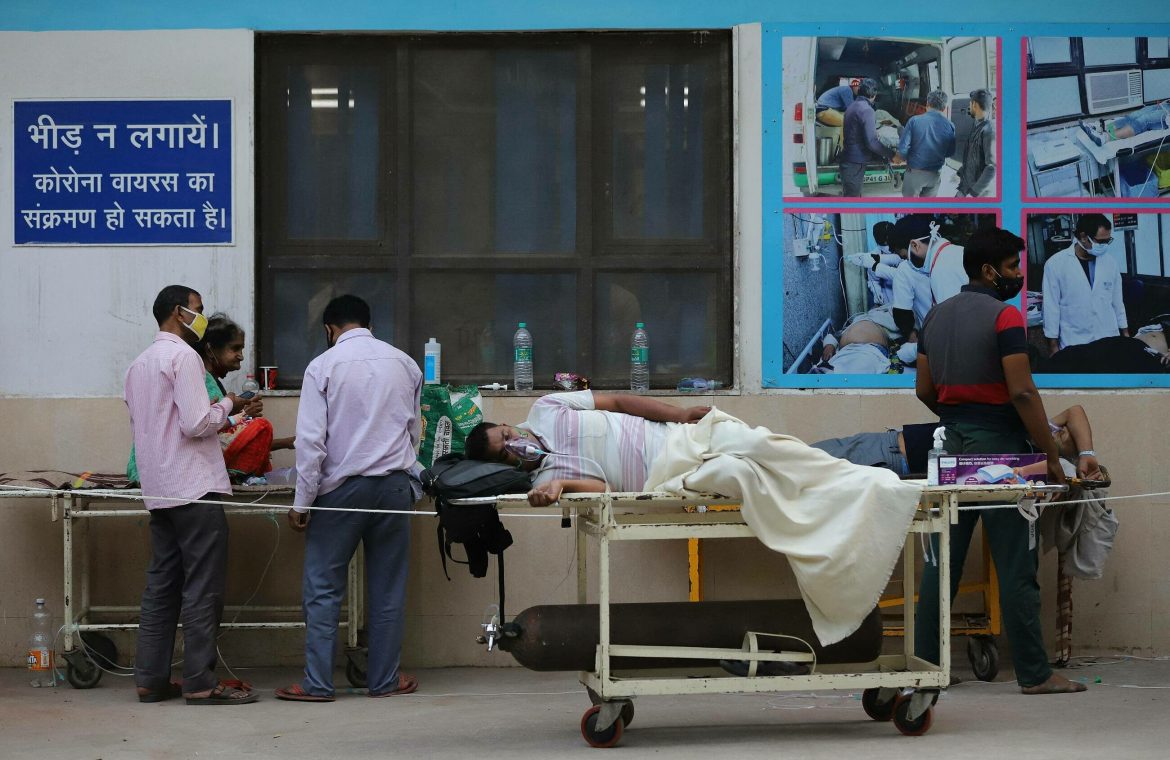 “We are in high-level talks and are planning to quickly provide additional support to the Indian government and Indian healthcare professionals who are grappling with this latest major pandemic wave.” The spokeswoman said in an email to Reuters.

The agency notes that Washington is under growing pressure to do more to help India – the world’s largest democracy and a strategic ally in President Joe Biden’s efforts to counter Chinese influence in the region.

On Friday, the American Chamber of Commerce called on the Biden administration to send millions of stored doses of AstraZeneca to India, Brazil and other countries hit hard by the pandemic.

India is on the verge of a humanitarian catastrophe

The Indian government has massed military aircraft and trains to deliver much-needed oxygen to Delhi, where the situation is worse, from other parts of the country and abroad, including Singapore.

India is currently experiencing the worst epidemic situation in the world. According to the latest data released by the Ministry of Health in this country, on Sunday, another day in a row, the world record for the number of new infections per day was broken – 349,691. 2,767 people have died there in the past 24 hours – also most so far. On Saturday, it recorded 346,786 injuries and 2,624 deaths. In total, 16.96 million cases of coronavirus have been diagnosed in India since the start of the epidemic, including 192,311 deaths.

The dean of the School of Public Health at Brown University in Providence, USA, Ashish Jha, warned in an article published on Saturday “Washington Post”India, with a population of 1.3 billion, is on the verge of a humanitarian catastrophe. He said about 2,000 people die every day, but most experts estimate the true number is five to ten times as much.

Read also:
One billion vaccines have already been conducted against the Coronavirus. Most of them are in the United States

Don't Miss it Lockdown in Great Britain. Only those who have been vaccinated will enter the strip
Up Next Redmi K40 GE will have an impressive battery and a 120Hz OLED, that’s just bait! We know the specifications