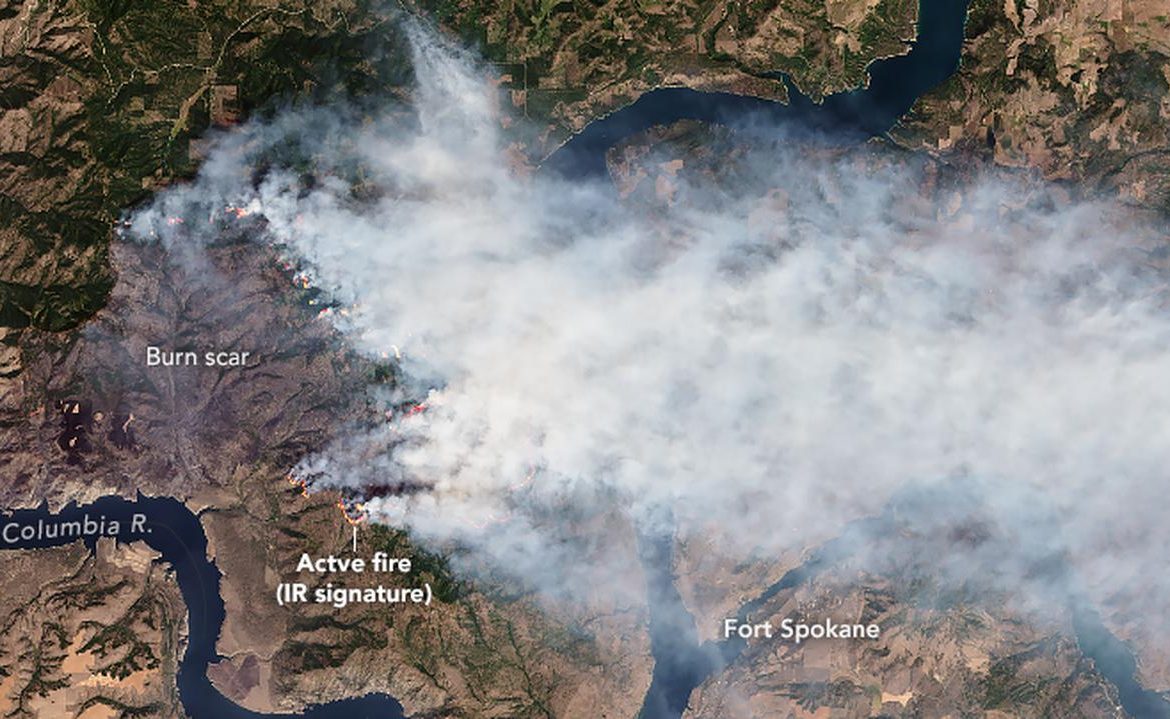 From year to year, it is becoming more and more difficult to control the fire situation in some US states efficiently. New drones to help save people, animals and the environment. Forest rangers will use it to detect and put out fires.

The United States is once again facing massive wildfires that are ravaging thousands of square kilometers of forests and grassy plains. Evidence is that this year will turn out to be a record year in this respect: this quarter’s drought has set an area twice as large as forecast. That is why special assistants will join the fight against the elements: drones.

“This is not a fire season, but a fire year.”

The US Forest Service has just introduced two types of firefighting drones. The first is designed to detect places where fires start. Cameras installed in them allow you to see a large area of ​​\u200b\u200bthe area from a bird’s eye view, which helps forest rangers and firefighters quickly respond to danger.

The second type of drone works in a slightly different way – the devices are used to create small, controlled burns around the places where the fire began to ignite on its own. In this way the fire is deprived of the fuel that is spreading and the firefighters can contain it more easily.

New technologies will be implemented in the coming months. Their use will be decisive in the summer, when most fires break out and are the most dangerous. Normally, fire season begins around May, but not this year, severe droughts, which spread to northern California, Texas, and the central plains of Kansas and Oklahoma, turned out to be a much greater danger than a fire. According to John Hagee, chief of the California Fire Brigade, “We’re no longer talking about fire season, but about the whole year.”

Technology at the service of people

Arsenal will be enriched not only by drones. Already in the coming year, the operation of the devices will be managed by mobile operational centers, designed in such a way that they can be transported to the perimeter of the fire by an off-road vehicle or helicopter. They will collect data sent by the drones and then send it to forest rangers and firefighters, ensuring continuous communication.

“Drones alone are not enough if we cannot provide firefighters with the information they collect,” explains Andy Henson, SAIC Vice President, responsible for setting up the operation centers.

In some states, the fire situation is getting worse year by year. In California alone, last year’s fire spanned an area of ​​10,000 square kilometers and damaged 3,600 homes and public buildings. Three people were also killed in the fire. In 2020, the number of casualties reached 33. The Disaster Philantropy reports that as many as 17 of the 20 most dangerous fires in the entire state’s history erupted in the years 2000-2021, with the largest in 2020 and 2021.

US government agencies hope the new system will facilitate early detection of fires, especially those that break out at night. It is anathema to firefighters: they are very difficult to detect and fight quickly, and they have been happening more and more for several years. Research shows that it is caused by increased air temperatures, and thus lower humidity, in forest litter. “It’s finally easier to light something warm and dry than cool, wet lighting,” says Adam Mahood, a fire ecology researcher at the University of Colorado at Boulder.

See also  For Biden, Germany is the mainstay of the United States in Europe

Drones can contribute in another way to reducing fire risks. Traditionally, United States Independence Day celebrations are honored with fireworks displays—effective, but with a risk of fire. That is why many cities are abandoning this attraction in favor of light shows with drones in the leading role. “This is how the local community can enjoy the celebration without worrying about safety,” notes Matthew Quinn, owner of Great Lakes Drone.

Don't Miss it British airline easyJet is removing seats on planes. a reason?
Up Next The President of the European Commission, Ursula von der Leyen, proposes to resign from the consensus. 13 countries, including Poland, are against EU treaty change