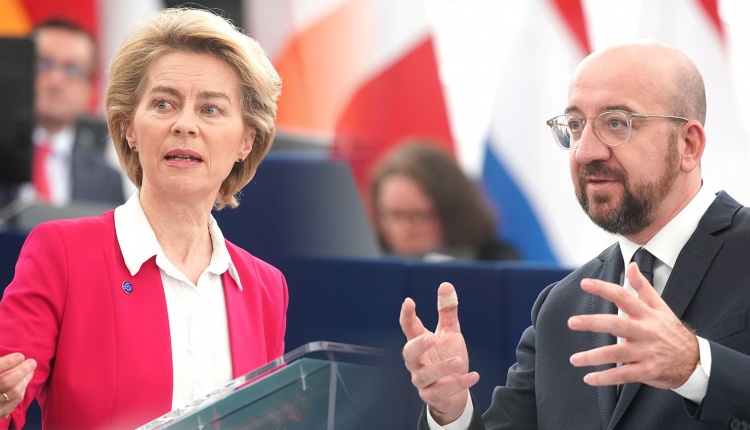 “Michel has his own idea of ​​his place in Europe, as he was seen again on November 9” at Berlin’s Brandenburg Gate, where he delivered the State of the Union address. “He collected the archetypal elements of EU discourse: strategic autonomy, free trade agreements, unity that make us stronger: slogans many in the audience must have heard many times already” – he wrote in the German weekly.

‘The intriguing part of the speech that evening was almost lost. A few meters from the former Berlin Wall (>there is no better time, no better place to talk about the future of Europe<) Michel talks about financing the new border facility. The facility will be built on the external borders of the European Union, between Poland, Latvia and Lithuania on one side and Belarus on the other. Michel does not speak of the wall, but of the ‘physical infrastructure of the border’, but this does not detract from the importance of his words.“

“It is addressed in particular to one person: the President of the European Commission, Ursula von der Leyen“Who” is vehemently opposed to such a project. And she said this clearly shortly before Michelle’s speech at the EU Summit.

Within the European Union, “There are differing opinions on whether the financing of the border fence by Brussels makes sense. Von der Leyen’s voice is truly decisive (…). If Michel really wanted to finance the wall, he should not have demanded it publicly in Berlin, nor a day later in Warsaw. Instead, he had to try to organize the majority of the member states behind the scenes, without publicly ignoring von der Leyen.Der Spiegel writes. But “this is not a role that Michel sees himself in” – he adds.

The European Council, headed by “Michel”, is the most powerful body in the European Union. It includes heads of state and government. However, the fact that the board is strong does not mean that Michel is the other. Its main task is to coordinate the policies of member states. And it’s a task that can basically be done when it’s not being noticed from the outside.”

On the other hand, “The Belgian wants to be noticed. His biggest competitor (in battle) for attention is across the street, on the thirteenth floor of the massive Berlaymont building. Officially Ursula von der Leyen operates only one body, but with about 32,000 employees. They act Hundreds of billions of euros.

Already in the past “This led to conflicts. But While his predecessors struggled internally, Michel turned him into a general power struggle– podkreśla” mirror “.

And the weekly states that, “during a joint visit to Ankara last April, the world witnessed the competition of two of the highest representatives of the European Union for power and prestige, and preparations for the meeting with Turkish President Recep Tayyip Erdogan were made by the Michel Protocol team.” As a result, “the head of the council was next to Erdogan. And von der Leyen had to sit on the sofa at some distance from him.” Soon the scandal was given an apt name: throttle. 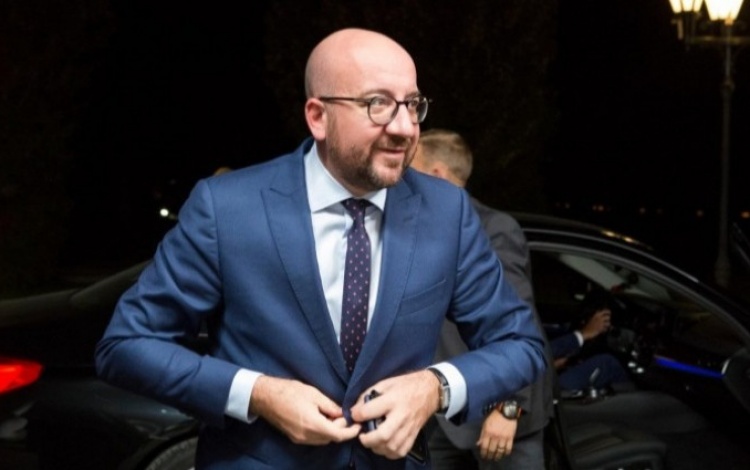 “Michel’s behavior is harmful to the European Union because discord weakens society. It is also harmful because the current president of the Council is ignoring his real duties. Many governments, including German, are unhappy with Michel. It is said that he travels a lot and does not care enough to prepare for the EU summits.”

Michel considers himself a politician, not a bureaucrat. This is part of the problem.

Der Spiegel confirms. He adds, “He’s still young. He’s probably too young for the position, which limits his ambitions.”

According to people who know Michel, he believes that “von der Leyen is not at his level. He was prime minister (Belgium), she was just the minister of defence.” “Criticism of Michelle escalates“- says one of the EU diplomats.

However, “it is likely that he will remain in office. He belongs to the family of liberal parties and is under the protection of the President of France. This is the essence of the personal packages created in the European Union, taking into account nationality, party affiliation and professional status. It cannot be undone “- he wrote Der Spiegel.

“As long as Michel does what Macron wants, he is safe.”

– One diplomat evaluates and adds: “The show will continue.”

Don't Miss it United States of America. Vaccinations against covid-19. Donald Trump: I took the third dose
Up Next Google Pixel Fold won’t be like Samsung Galaxy Z Fold 3