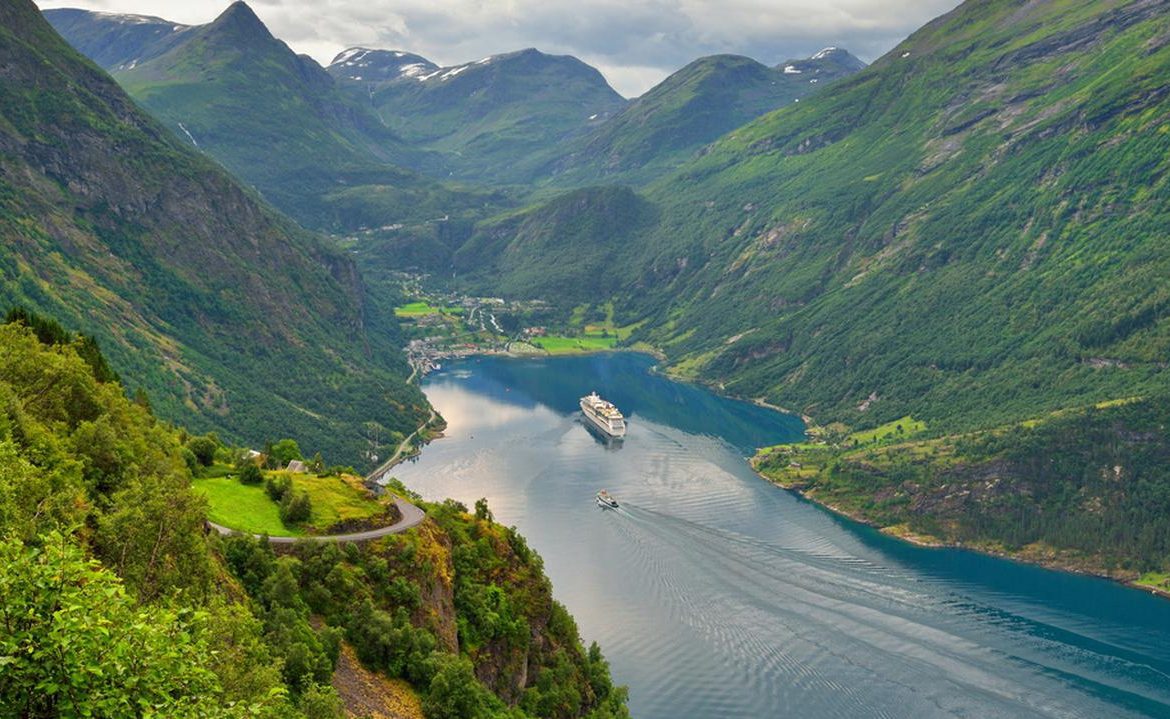 Scientists have found that the total emissions of methane, a harmful gas, from fjords are as large as those from any ocean depths in the world. The researchers note the highest emissions during severe storms, during which water layers mix, oxygenating the water near its bottom.

Fjords are narrow bays surrounded by steep shores, going deep into the earth, even for several hundred kilometers. Their depth may exceed one kilometer. Famous for them in Europe, Norway, Sweden and Scotland. These picturesque bays were created during the Ice Age when they were carved with blocks of ice and stones.

Scientists from the University of Gothenburg estimated that the total methane emissions from the fjords are as large as any area in the deep sea, which covers 84 percent of the world’s seas and oceans.

It has been known for some time that many fjords have anaerobic environments near the bottom, and that methane is formed in bottom sediments. Only a small part of this gas reaches the atmosphere because it decomposes when it rises to oxygen-rich surface waters, said Stefano Bonaglia, a marine geochemistry researcher at the University of Gothenburg. However, he noted, “In our research, we recorded high methane emissions when water mixed in the strait, for example during storms.”

“The carbon-rich remains of marine plants and animals are deposited, as well as terrestrial material.”

– This is because the fjords deposit carbon-rich remains of marine plants and animals, as well as materials from the surrounding land, carried by currents flowing into them. Bonaglia explained that fjords are protected from ocean currents, and tend to stay in layers with different temperatures and different salt and oxygen concentrations. “The layers closest to the bottom of the strait are anaerobic regions where methane is formed when the material in the sediments decomposes,” he added.

Scientists from the University of Gothenburg studied through the strait in southern Sweden. Fjord is hypoxic and nutritious. The Buff River flows into it, bringing with it a high percentage of nutrients from the agriculture of the region. It was evident that atmospheric methane emissions had increased during the storm-induced upheaval of the fjord. The anaerobic seafloor water is then rapidly raised to the surface and carries methane with it, which can then be emitted into the atmosphere.

– Methane emissions were high, and American scientists observed the same type of events in the Canadian Straits, said a specialist from the University of Gothenburg.

As he noted, “We estimate that emissions from all fjords around the world are about the same size – about one teragram (teragram) or one million tons per year.”

He added that if climate change leads to more extreme weather events, methane emissions may increase, but only to a certain extent. “If there is a sharp increase in severe storms, methane emissions will be reduced as the anaerobic environments at the bottom of the fjords will disappear if the water is mixed frequently,” the expert said.

See also  We've been wrong for years. Mutations are not random

The research has been published in the journal Limnology and Oceanography Letters.

Don't Miss it Świątek – Raducanu RESULT Polka in the semi-finals of the WTA Championships in Stuttgart
Up Next Great Britain Media: The only portrait of the Jubilee Queen was made by…