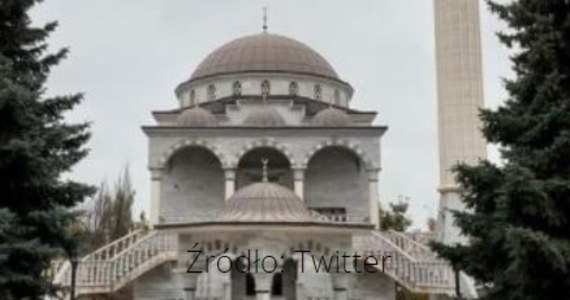 Russian forces bombed a mosque in Mariupol in southeastern Ukraine, where more than 80 people have sought refuge from the attacks. Among them were Turkish citizens and children – the Ukrainian Foreign Ministry reported on Twitter.

There were 86 Turkish citizens, including 34 children, in the mosque shelter.

In a city surrounded by Putin’s army Mariupol According to the Ukrainian authorities, the humanitarian situation is the worst in the Sea of ​​Azov. Food and medicine are scarce. There is also no electricity, gas, water and heating, but the residents do not have a chance to escape from the city because it is under constant fire.

He’s on his way from Żaporoża to Mariupol at the moment humanitarian convoy. This is the fifth attempt to help the residents of this city.

Yesterday the authorities Mariupol It was reported that the Russians killed 1,582 residents of the town during the 12 days of the city’s siege and bombardment.

The mosque of Sultan Suleiman the Magnificent and his wife Roxolana (Harem Sultan) in Mariupol was bombed by Russian invaders, and more than 80 adults and children, including citizens of Turkey, were hiding in it. #StopRussianAggression #closeUAskyNOW pic.twitter.com/Uel5AoyZUt
– Ukrainian Ministry of Foreign Affairs (MFA_Ukraine)
12 March 2022

Mariupol is in ruins: people are dying from lack of water

See also  New Zealand: a 5.6-magnitude earthquake
Don't Miss it UK: We support Ukraine, but we do not intend to send our troops. Ukraine is not a member of NATO
Up Next Out: The Ultimate Edition – The hardcore RPG will have editions and versions optimized for PS5 and Xbox Series X/S.