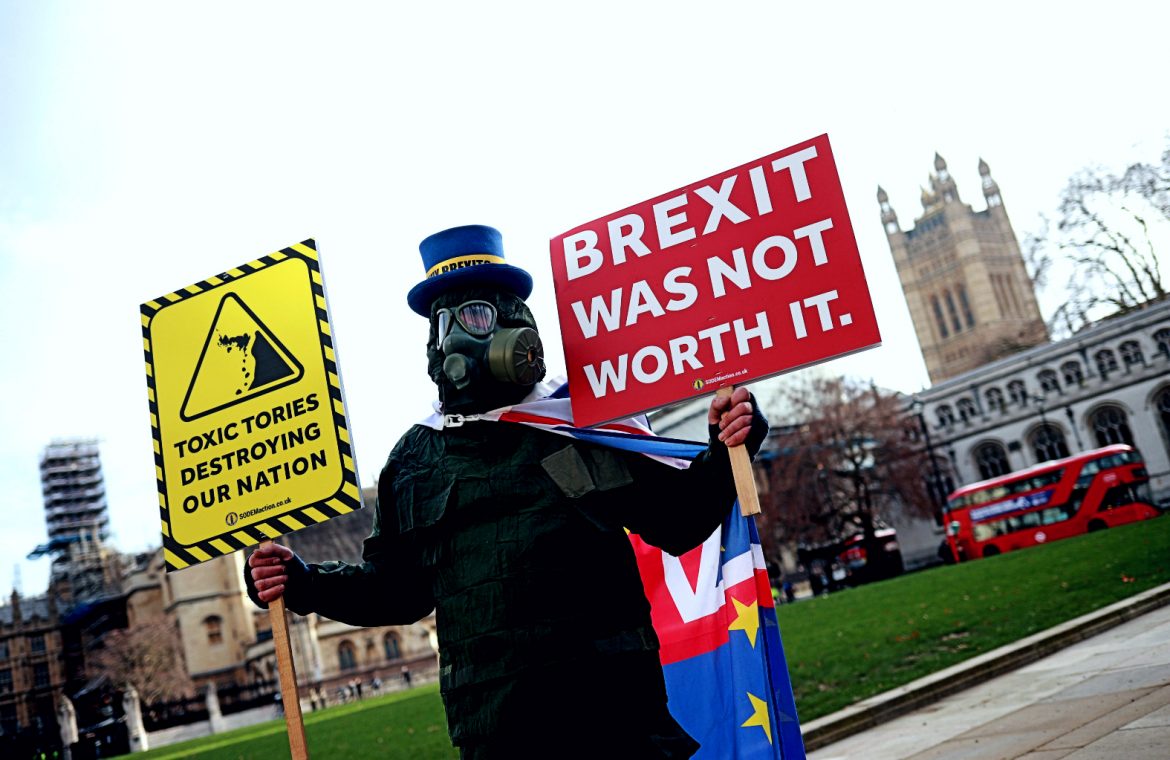 Shipments in sorting factories. Bureaucracy to delay trade and transport. Broadcast problems and language concerns – this is what the islands looked like after Brexit.

New Year’s turmoil was to be expected – the deal governing London’s relationship with Brussels was negotiated at the last minute, on December 24, and was baptized by Boris Johnson as a Christmas gift to the citizens. In addition, Great Britain has been paralyzed by a new type of coronavirus, forcing almost all European countries to close their borders to travelers from the United Kingdom. In practice, this meant chaos at airports, stations, and, above all, long lines of trucks to Dover station.

The border crisis turned out to be short-lived, Dover revealed by the end of the year, and the most optimistic Brexiters were hoping the world would not collapse at the head of the British people after January 1. This does not mean that the state entered the new reality smoothly and without disturbances.

For many residents, problems start at the post office. Royal Mail warned in December that this would be the case. Effective January 1, shipments from England, Scotland or Wales must be accompanied by a customs declaration. This is extremely complicated, because – as the first weeks of the new year have shown – many Britons, despite the intense media campaign by the government and the Royal Mail, do not know that they have such an obligation. 45 percent of all parcels sent abroad from Great Britain go to the European Union.

It is not easy to fill out the customs form. It is not always clear which ad should be attached to the package, as it depends on its type, size and value. Sender must be accurate, incl. Report the purpose of sending the package – is it a buyback, gift, or medication for the family? All this must be included in such a document.

The problems do not end with outbound correspondence or shipments. Those who receive parcels from the mainland must remember customs. Postcards, letters, and documents are often exempt from this fee, but it is mandatory for gifts over £ 39 and items valued at a minimum of £ 135.

This is already causing significant delays. British office workers complain that clients are coming unprepared and without ads. They, in turn, shift the responsibility to the post office and indirectly to the government, complaining that the rules are not clear enough. Businesses are also losing out to the chaos, especially those trying to operate simultaneously in both realities: the British and the European Union. For them, delays can be fatal. On the other hand, private courier companies such as FedEx, UPS and TNT have increased their rates after Brexit.

Read also: They’re out and about … Telenovela “Brexit”

London’s divorce with Brussels affects many aspects of daily life. Brexit is the end of the free use of the full services of live streaming platforms. For example, some items available on Netflix, especially those produced by the BBC and sold to the US giant, will not appear in the EU user list. It’s similar to the Premier League matches, offered on Amazon Prime, as of January 1 and only available in the UK.

Most of the concerns are – and rightly so – related to food products. We can already see that although the Christmas Eve contract theoretically exempts parties from tariffs, problems still occur. The first weeks of January turned out to be agonizing, among other things for British alcohol producers. The new regulations, forcing them to delve into the complex bureaucracy of the health system and product formation, mean that many entrepreneurs are unable to keep up with the pace of delivery.

Likewise, in the fisheries sector, the reasons for the disagreement were even as the end of the Brexit negotiations was uncertain. The bureaucracy here is so complicated that some companies have hired separate administrative staff for them. These are all additional costs and your revenues dwindle overnight. The absurdity often follows, and delays can be caused at borders down to the smallest detail – like stamping products with a “UK” label instead of a “GB”. Some people are already thinking about how to overcome these complications. According to the Associated Press reports, there are known cases of British fishermen leaving their catch in Denmark to avoid sending fish from the UK.

Ann Applebaum talks about populists and a culture of hate

Finally, concerns are growing about the future of the English language. Andreas Burke, a linguist at Cardiff University, notes that the Brexit dispute has introduced a lot of new phrases and greatly simplified the English language. He says, polarization and lots of clear data emerge. An example is the “difficult border” between Ireland and Northern Ireland, which indicates that the two countries are divided by a strong physical barrier – although the reality is more complex and not everything will be separated by a wall or barrier.

Brexit has already entered into almost every aspect of daily life in the UK. Many aspects of the relationship between the islands and the federation were only temporary. Over time, this temporary change will have to be replaced by new rules – neither simpler nor more moderate for the British.