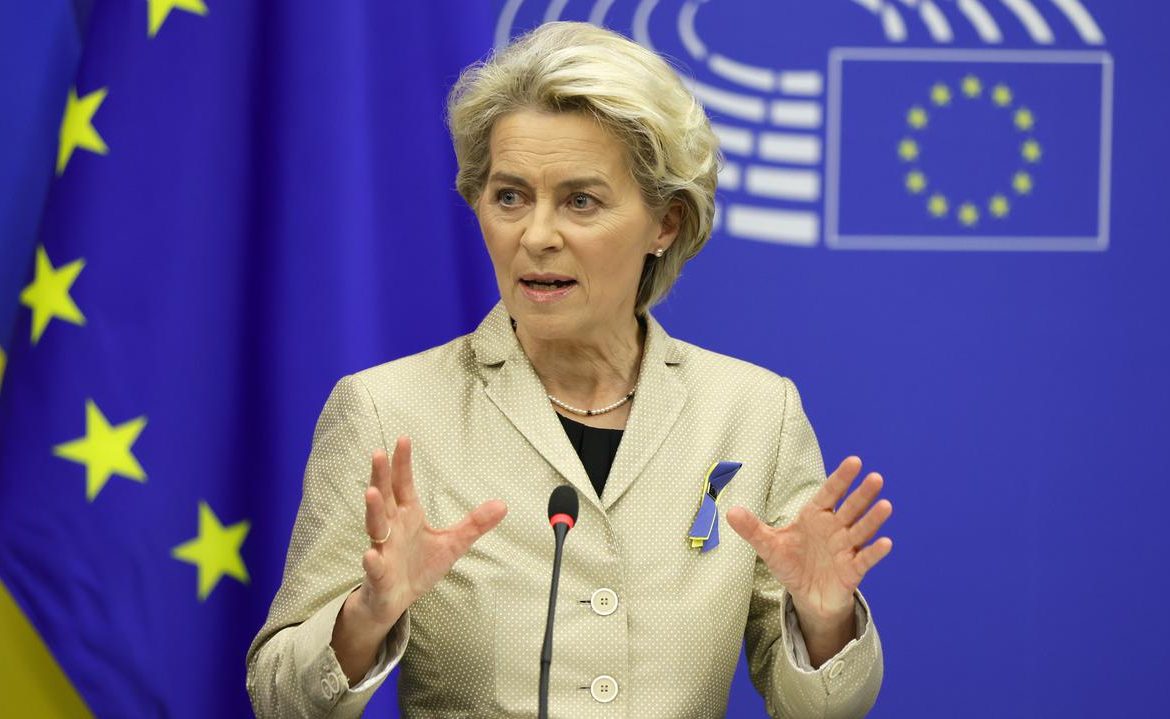 European Commission President Ursula von der Leyen has spoken out in favor of changing European treaties and resigning from the consensus rule in voting on key issues in the EU Council. As reported by the Polish News Agency, 13 EU countries, including Poland, opposed “ill-thought-out and premature attempts” to change the EU treaty.

von der Leyen said during her speech to the European Parliament in Strasbourg on the occasion of the closing ceremony of the Conference on the Future of Europe.

The president of the European Commission supported reform of the union, including making “if necessary” changes to the treaties.

The report, referred to by von der Leyen, is the result of an annual consultation with citizens conducted by EU institutions as part of a process called the Conference on the Future of Europe, and offers ideas for change, some of which require review from EU treaties – a sensitive topic, Reuters explained.

She added that 49 proposals will now be examined by the European Parliament, EU governments and the European Commission, which is the only one that can propose new EU rules.

“Next month, we will determine what is needed to implement your proposals and respond as best we can,” von der Leyen said.

“Your suggestions in some areas encourage us to accelerate the work that is already underway,” she added. We have already started the work you requested in other areas.

See also  Janet Yellen in Poland. Who is the Iron Lady of Finance?

Von der Leyen, French President Emmanuel Macron and Italian Prime Minister Mario Draghi said they would support treaty changes to make the EU more flexible in decision-making. Reuters reports that many EU countries oppose this, arguing that it is a bad time.

In a joint document reached by the European Parliament, 13 EU countries were to express their opposition to the proposed changes to the EU treaty. With the exception of Poland, these were Bulgaria, Croatia, the Czech Republic, Denmark, Estonia, Finland, Lithuania, Latvia, Malta, Romania, Slovenia, and Sweden.

The informal document should be a response to the decisions of the Plenum on the Future of Europe, that is, a series of discussions with civil society on the challenges and priorities facing the European Union.

Representatives of 13 countries noted that the conference was an unprecedented democratic project that facilitated dialogue with citizens across Europe, including on their perception of the role of the European Union in the coming years. At the same time, they stressed that any decisions regarding the European Union must be taken within the framework of the division of competencies established by the Treaty on European Union, changing it was never the aim of the conference.

‘We already have Europe in action’

“While we are not ruling out any options at this point, we are not in favor of any reckless and premature attempts to initiate the treaty review process. This would seriously risk diverting political energy from the important tasks of finding solutions to the problems our citizens face, anticipating answers and dealing With urgent problems and geopolitical challenges facing Europe, as stated in the document.

Representatives from 13 countries noted that the way the EU has dealt with crises in recent years, including the COVID-19 pandemic and Russia’s aggression against Ukraine, has clearly demonstrated how much the EU can achieve under the existing treaty framework.

“The EU has worked quickly to find – and implement – common and effective solutions. We already have a Europe in action. We do not need to rush institutional reforms to achieve results. As for the conference, we anticipate a constructive commitment to future work based on the ideas and desires of citizens for Europe’s future.”

At the end of April, the European Conservative and Reformist group in the European Parliament, to which the Law and Justice party belongs, withdrew from the Conference on the Future of Europe in an act of protest. In the issued statement, she explained that her reservations raised the method of selecting citizens participating in the conference, and its procedural and financial transparency.

According to the European Council of European Institutions, the event organizers “systematically pushed through a program to increase the powers of the EU institutions and to increase the centralization of power in the EU”. By manipulating the selection of experts or the interpretation of so-called civilian recommendations.