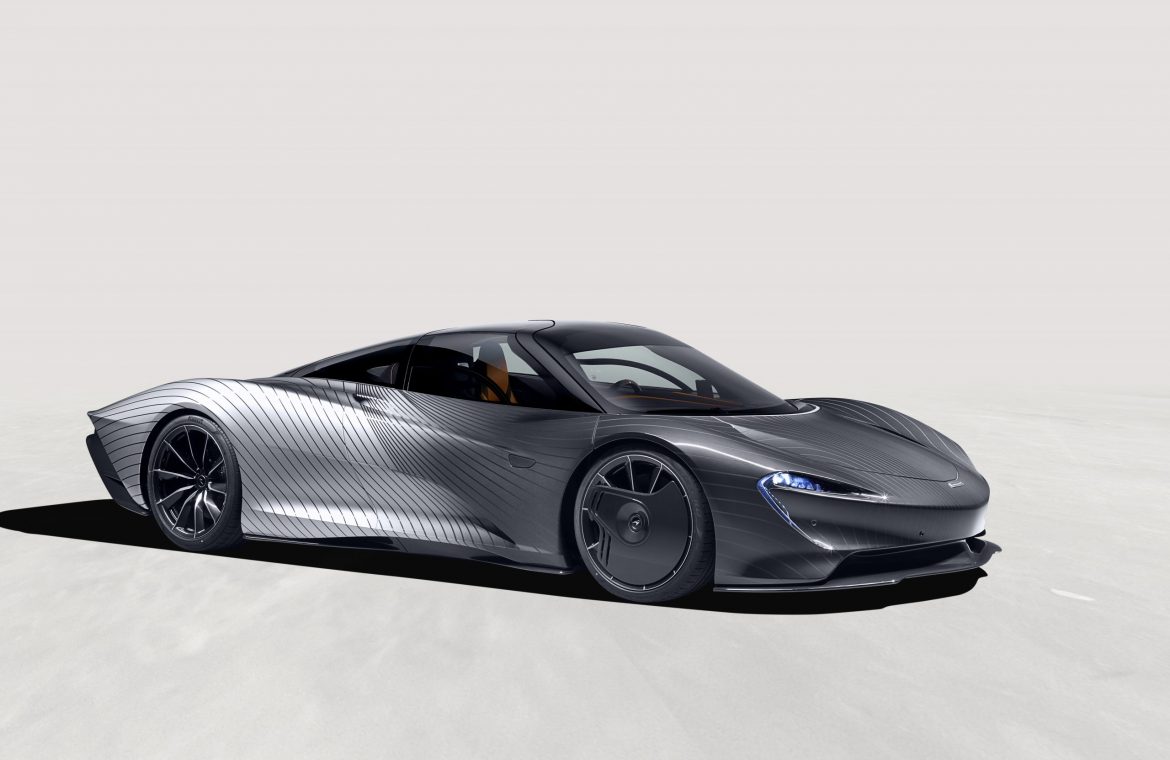 There is hardly a McLaren Speedtail in the world that looks as exotic and brutal as this one. The Speedtail really does look like a spaceship on wheels, and adding these specific shades of paint only adds to that impression. It took 12 weeks to finish the exterior of this car.

Meet the Albert, which was created as a tribute to the first McLaren Speedtail test car.

The first Speedtail test car looked similar, except that the prototype body was finished using only raw vinyl. This Speedtail has been carefully painted by a team of McLaren MSO professionals. The name Albert is derived from the 1992 Formula 1 test cars – the testers were called Albert because the road on which the cars were designed and built was called Albert Drive.

The Speedtail “Albert” exterior took 12 weeks to complete. McLaren divided the process into two weeks of masking, six weeks of painting, and drying the rest of the time. All the visors had to be done on a fully built car as the refiners had to make sure everything flowed around the car with the panels and wheels aligned.

The colors chosen for this project are Magnesium Silver and Ueno Gray. Silver is the color McLaren ran in Formula 1 in 1992, and gray is the color of the F1-winning GTR model that won the legendary Le Mans 24 Hours race in 1995.

The Speedtail’s teardrop shape lends itself to this type of styling and styling better than most other cars. Which is absolutely wonderful! This car really does look like a spaceship on wheels, and adding these specific shades of paint only adds to that impression.

Look at the other five pictures

If you’d like to see it in person, this Sunday, August 8, you’ll be able to take a closer look at it at Beverly Hills Cars & Coffee.

See also  whatever. Movie (2020) Online - Where to Watch: Netflix | HBO GO | player
Don't Miss it EU/Climatologists: Last month was the third month of July ever
Up Next In the world, MEPs rarely decide their earnings