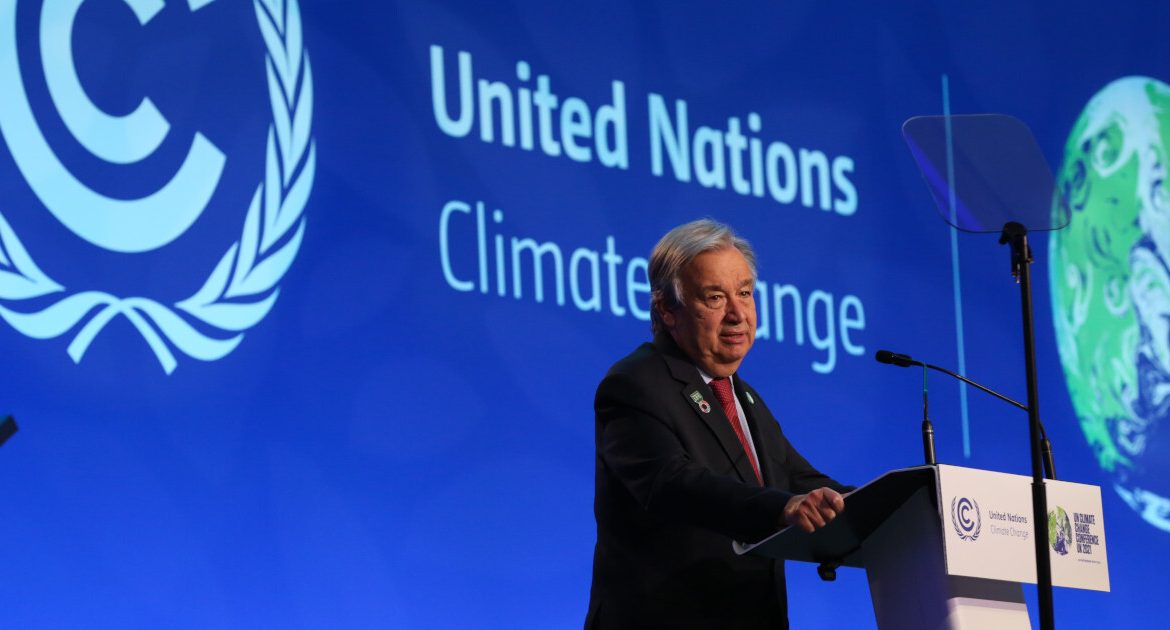 A joint declaration by the US and China, Poland’s readiness to phase out internal combustion vehicles by 2040 and £27.5 million for the poorer regions of Great Britain – in the final days of COP26, there was no shortage of volatility.

On the same day, a declaration was signed to end the sale of combustion vehicles, among others 24 developed countries, seven developing countries, six car manufacturers (General Motors, Ford, Mercedes-Benz, Jaguar Land Rover, Volvo, BYD Auto) and 39 cities. The document in question is not binding; However, it is meant to be an attempt to accelerate the global transition to zero greenhouse gases by 2040 (in leading markets by 2035). Although the signatories to the document include, among others, Poland, the countries that produce the largest number of cars and which are the largest markets for their sale (USA, China, France, Germany, Japan) refused to sign the declaration. Nor did she get the support of the largest car manufacturers in the world – Toyota and Volkswagen.

See also  The increase in the number of participants in PPK will be supported by good corporate results - Inwestycje.pl

November 11 this year. Dedicated to the development of cities and regions in the spirit of respect for the environment Cities, Regions and the Built Environment Day), the United Kingdom has pledged £27.5 million to the Metropolitan Climate Action Programme. Urban Climate Action Program – UCAP), which will make it possible to achieve carbon neutrality by 2050 in the cities of Africa, Asia and Latin America. With the funds, individual districts will be able to establish, inter alia, low-emissions public transport, as well as a sustainable waste management system and energy production from renewable sources.

The “Race for a Better World” was the main event today – a five-year action plan for non-state actors to move from word of mouth to real climate protection measures. Improving the Marrakech Partnership to boost ambition) was provided as an example. By UN Secretary-General António Guterres and COP26 President Alok Sharma. Among other things Expansion of the global Race to Zero campaigns(1)The race to flexibility(2) i Glasgow Financial Alliance for Net Zero(3), focusing on short-term plans to meet commitments, as well as mobilizing funds for the development of developing economies. The roadmap stresses the need for more regionalization that takes into account the voices of the world’s poorest and most marginalized regions in discussions.

The key moment will be the negotiation of the content of the agreement document, since there are still many unknowns. Final negotiations will begin today (November 12), which may run into Sunday. According to official information, the next COP27 climate summit will be held in Sharm El Sheikh, Egypt in 2022. It has also been announced that COP 28 in 2023 will be held in the United Arab Emirates.

See also  Polish request. One contract instead of all others. We check the situation outside

1/ It is an initiative supported by the United Nations, which aims, inter alia, to: Develop and implement transparent action plans to reduce greenhouse gas emissions, in line with the provisions of the Paris Agreement. 2/ The sister initiative of Race to Zero, whose main objective is to build “resilience” by non-state actors to climate change in the most vulnerable communities, with a population of nearly 4 billion people. 3/ A coalition to accelerate the transition to global climate neutrality. GFANZ was founded in April 2021 by Mark Carney, UN Special Envoy for Climate Action and Finance and Financial Adviser to UK Prime Minister Johnson at COP26. We wrote about the appointment of the envoy here: https://www.teraz-srodowisko.pl/aktualnosci/ONZ-klimat-srodowisko-Program-Srodowiskowy-9972.html

PAN urges you to read the summary of the IPCC report. Developed its Polish version (November 10, 2021)Reducing meat and milk consumption is essential to halting climate catastrophe (November 9, 2021)COP26: History of Climate Negotiations in 26 Dates (November 5, 2021)COP26: US and EU announce global commitment to methane emissions (November 4, 2021)Summary of the Group of Twenty and the beginning of the COP 26. There are preliminary statements (November 2, 2021)